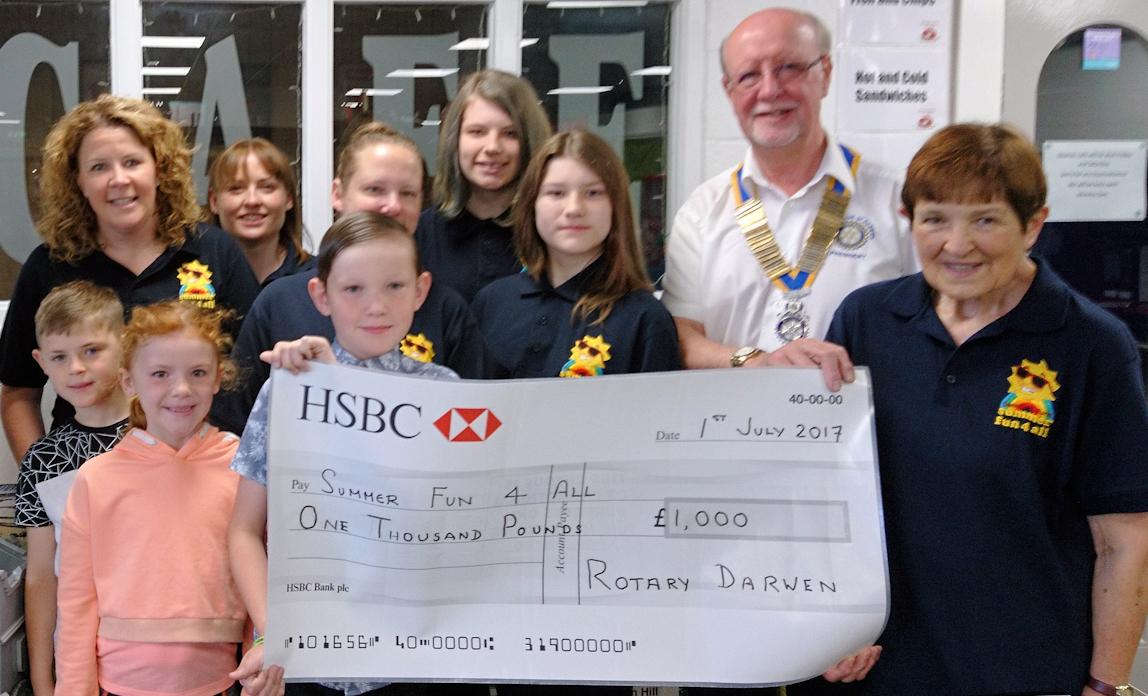 In 1959 the club organised an exhibition in the town to illustrate the diversity of industry in the area and the benefits of being in the town. There was no intention of making a profit on the venture it was meant to promote the history of businesses and the advantages of the area as a place to work. However a profit of £1401.67 was realised. Today’s value would be approximately £29,928.

The members decided that this money should be invested and the income applied to helping education in the Borough of Darwen and in 1960 the Rotary Club of Darwen Educational Fund was incorporated as a charity number 516522.

In January 2003 a large legacy was received form the late Rotarian Howard Peters and a further substantial legacy from the late Rotarian Jim Clarke in February 2005. Both had been involved in the field of education Howard as a headmaster and Jim as the Director of Education in the old Borough of Darwen.

The objectives of the Trust are:-

The committee currently only make grants to those who have attended schools or are attending schools in Darwen.

The Trust supports many aspects of education including schools, individuals, sport, the arts and much more. It has made over 315 grants since it started and will continue to help into the future due to the wisdom and generosity of the members of the club.

The Trust was formed in November 1974 and is a registered charity number 503862. It funds have been supplemented with legacies from former Rotarians Sydney Whiteside, John Brooks, Jim Clarke, and Philip Clear.

The objectives of the Trust are:-

“To apply the capital and income thereof to or for the relief of the poor and needy or to or for such other charitable purposes, charitable institution, charitable society or charitable object as the Club shall in duly constituted meeting from time to time direct”

The Trust since its formation has assisted with many different aspects of life in Darwen and will continue to do so in the future.

The fund was incorporated as a charity, number 1013943 in September 1992 and was administered by the Inner Wheel Club of Darwen.

It was formed to commemorate the memory of the late Hilda Clarke a member of the club and it had received a substantial donation from her husband Rotarian Jim Clarke.

In 2001 the Inner Wheel Club decided to disband and the Fund was transferred to the care of the Rotary Club of Darwen and new Trustees appointed.

The objects of the Fund are:-

“To apply the net income of the Fund (and any part of the Capital at their absolute discretion) to and for the relief of the poor, the needy, the sick or infirm or to or for such other charitable purposes, charitable institution, charitable society or charitable object as the Club shall in duly constituted meeting from time to time direct”

Anyone who wishes to apply for a grant should use the contacts link below. 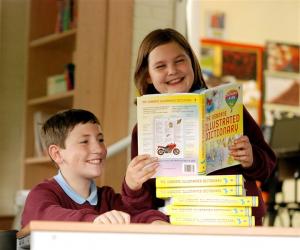 more Rotary Club of Darwen donated Dictionaries for Life to all 14 primary schools in the town.