Youngsters encouraged to speak out

Local students with something to say were recently given a stage to air their views on the 2012 Olympic Games, and anything else which came to mind, as well as testing their public speaking skills by taking part in the local heat of the Rotary International in Great Britain & Ireland (Rotary GB&I) Youth Speaks competition. 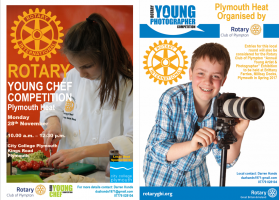 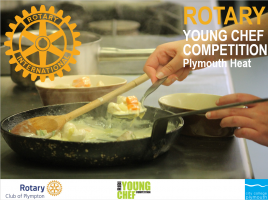 Congratulations to Kelly from Marine Academy Plymouth in coming first in today's Plymouth area final of the Rotary Young Chef competition. She and Abigail from Plymouth High School for Girls who came second now go on to January's District Final at Petroc 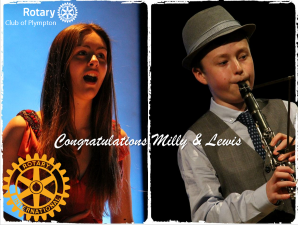 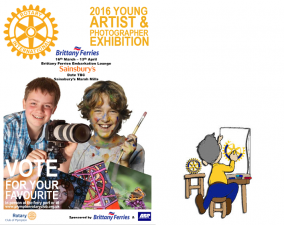 Our 2016 exhibition will be open from 5pm on the 16th March through to the 13th April in the Embarkation Lounge at Brittany Ferries, Plymouth. It will then move to the café at Sainsbury's Marsh Mills. 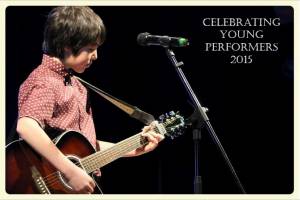 Showcasing the great musical and performing acts talent we have among our young in Plymouth. 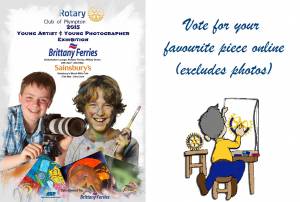 Our Young Artist and Photographer exhibition opens soon. From the launch day you will be able to view the exhibits online as well as at the show. 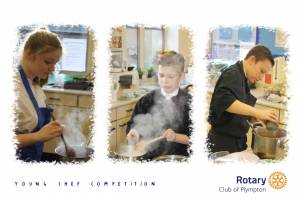 We have once again held our local heat of the RIBI Young Chef competition. 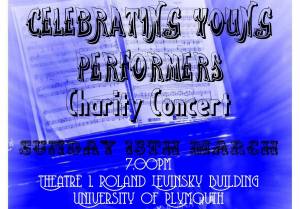 Young Musician of the Year 2015

Sunday 16th November saw the club host a local heat of the national Young Musician of the Year competition. The day was also used for auditions for the Celebration of Young Performers concert which takes place next April. 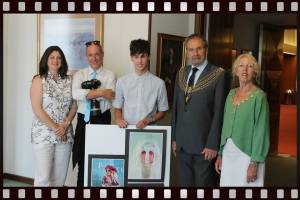 Our 2013-14 Young Photographer competition was a great success with our senior winner coming second overall in the national RIBI competition. 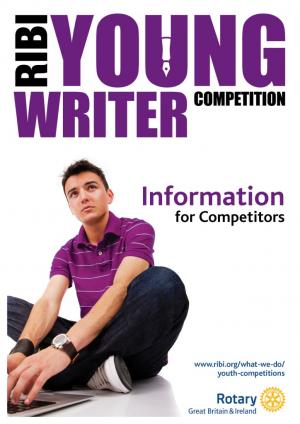 Details on the national Rotary Young Writer competition - in which we as a club have an interest. 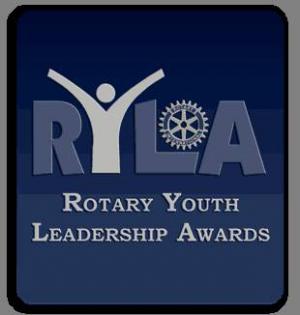 The Rotary Club of Plympton are looking to sponsor a young person aged 18 to 28 who is capable and possesses the potential to be a leader in their community but who may not yet have had the opportunity to develop their full potential. 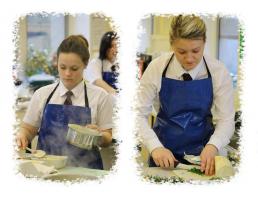 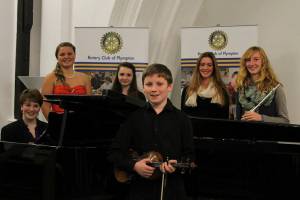 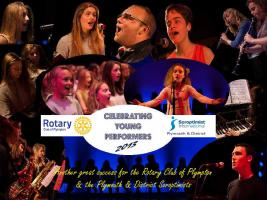 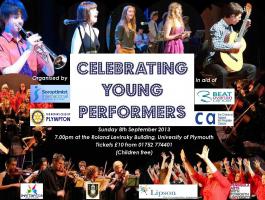 Once again we are teaming up with the Plymouth & District Soroptimists to organise a concert promoting young talent. Details on how you can book your tickets can be found here. 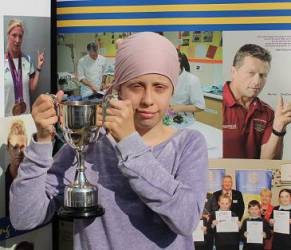 Winner of this year's Ted Osmond award announced. This is an annual award we make to a young member of the local community.

The Rotary Club of Plympton are pleased to announce the launch of their annual Young Artist Exhibition. This is the seventh year of the exhibition and this year, for the first time, incorporates a Young Photography competition. 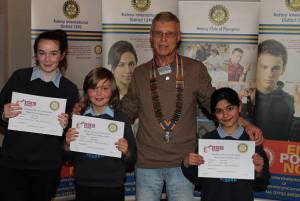 Rotary encourages speaking & presentation skills in young people and are pleased that schools seem to agree. The Rotary in Great Britain and Ireland (Rotary GB&I) Youth Speaks competition, as a result, continues to go from strength to strength each year.

The Rotary Club of Plympton are once again running a local heat of the Rotary in Great Britain & Ireland "Young Photographer" competition.

For their fourth Charity concert, Plymouth Soroptimists and the Rotarians of Plympton are looking forward to finding some fresh new talent for a Charity concert to be held on a date in September to be confirmed at the University of Plymouth. 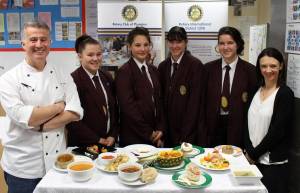 Our 2012-13 local heat of the Rotary in Great Britain & Ireland "Young Chef" Competition was another great success.

Details of our 2012 Young Artist Exhibition 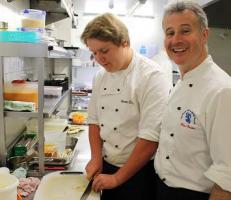 Read about our 2012 Young Chef competiton and the progress of our winner James.