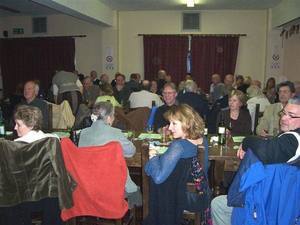 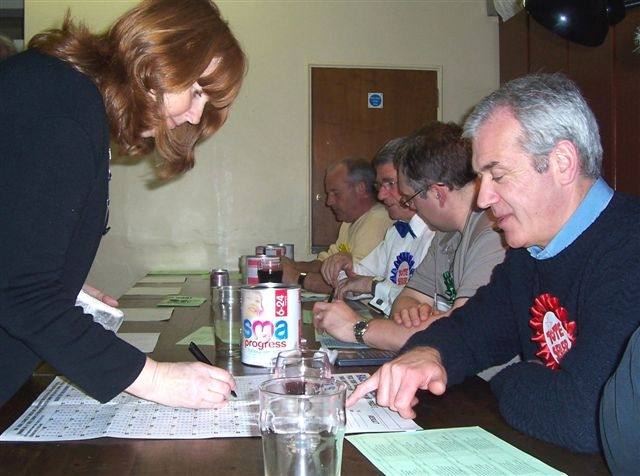 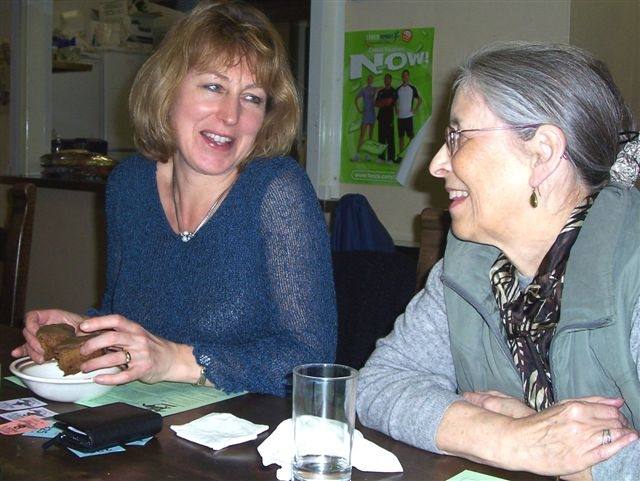 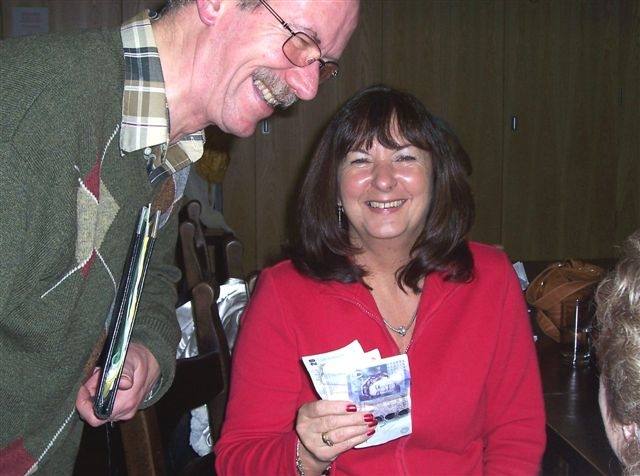 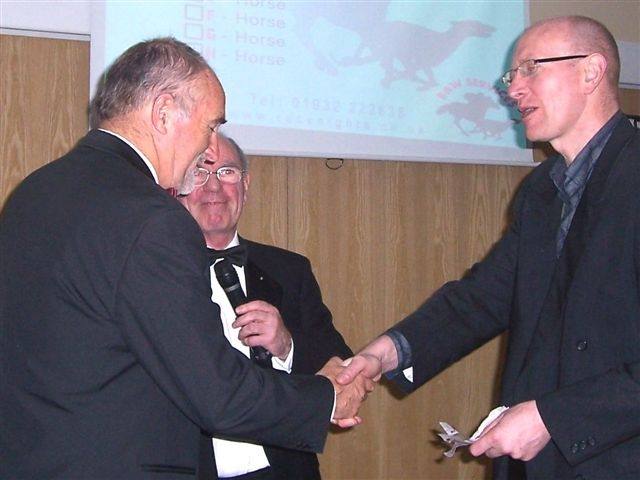 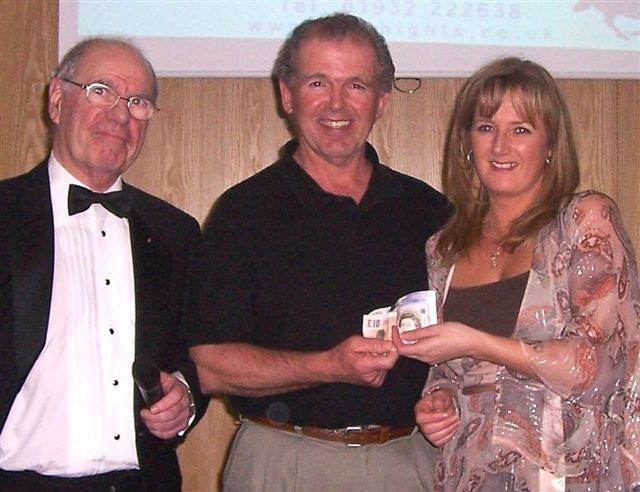 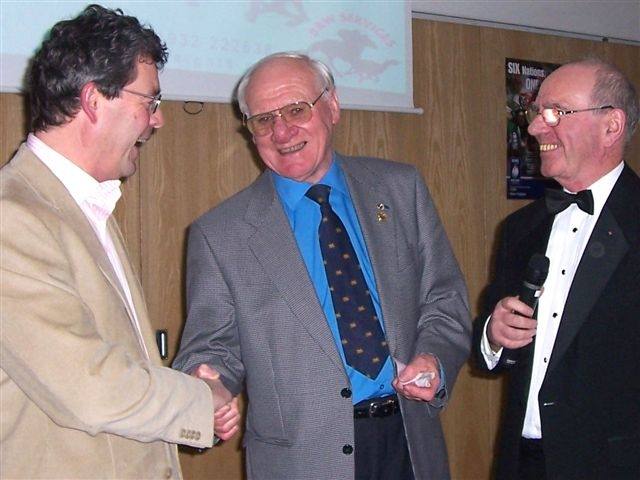 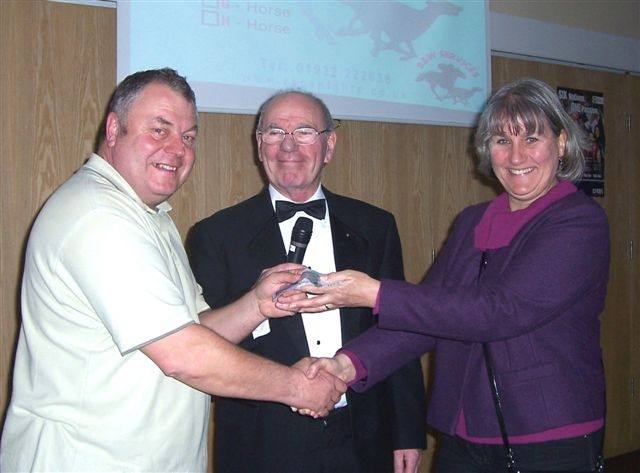 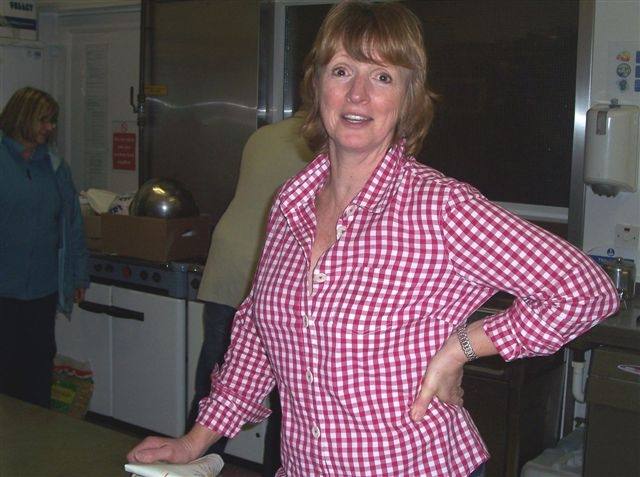 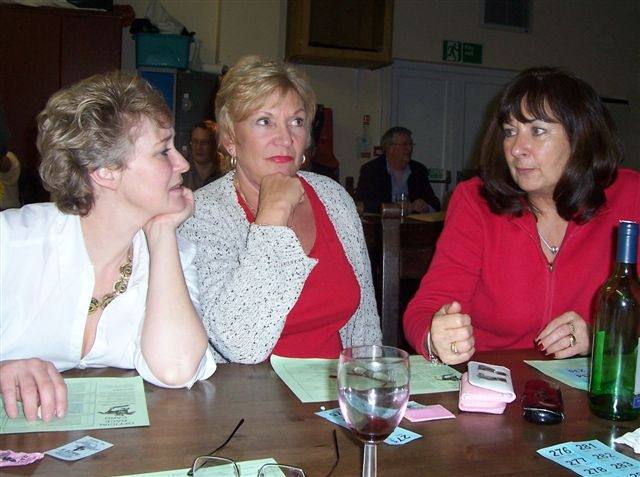 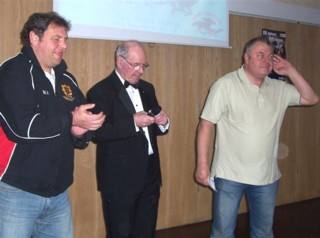 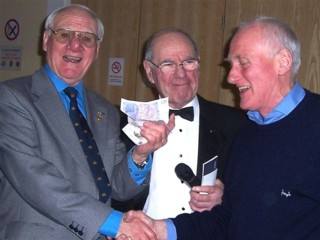 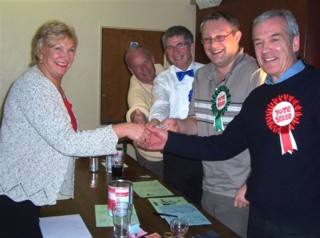 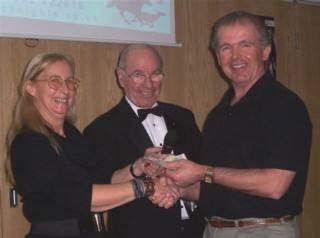 Ted and his Foundation Committee certainly came up with a winner with this year's Race Night at the Barnstaple Rugby Club. Almost £1000 was raised from an exciting evening of racing coupled with a fabulous spread of food (our head chef Martin got his just reward by owning 2 of the 8 winning horses!)

Waiting for the off - an eager crowd of race-goers anticipate a fun evening!

Well was it a good Race Night? - We've cleaned up said Sarah Wade!