A report and some photos from the 2011 Scarecrow Festival.

The Club in association with The Wilmslow Business Group staged this event again this year and over100 entries from businesses were displayed around the town, for a week.

which toured the town on Saturday,accompanied by two 12foot scarecrowa,

made by Rotarians Geoff Shelmerdine and Bernard Davies. 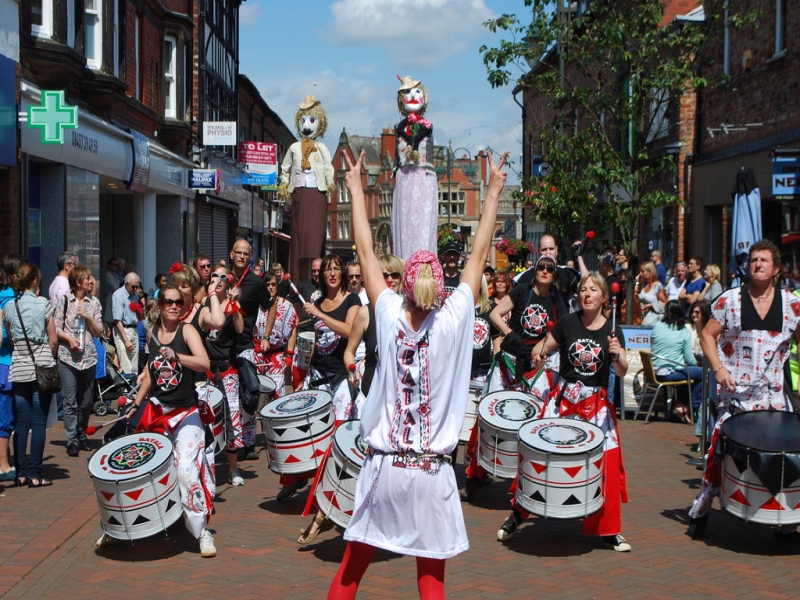 as can be seen in the picture below 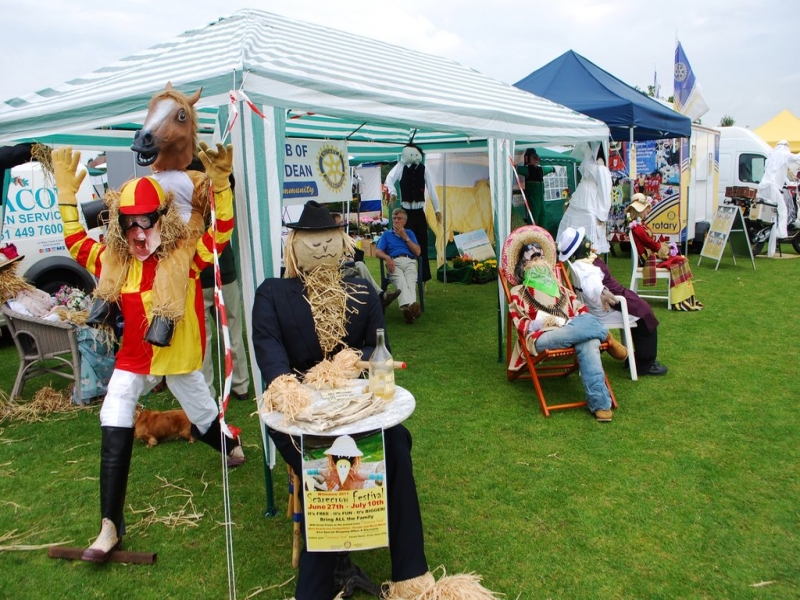 Held with the support of the Wilmslow Business Group

with imaginative scarecrows being displayed by Wilmslow businesses in the 2 weeks leading up to the 100th Wilmslow Show.

Scarecrows from local schools displayed in the last week in the entire Hoopers shop front on Alderley Road.

ON FRIDAY EVENING THE 9th JULY

was held on the WILMSLOW SHOW GROUND

Net proceeds to go to the Alzheimer Society,

local autistic children for a sensory room at a local school and the Children's Adventure Trust Farm.

Announcement of the Winning Tickets in The Scarecrow Draw

more A summary of the Scarecrow Festival event from 2013.

back This is the Club's Annual Scarecrow Festival