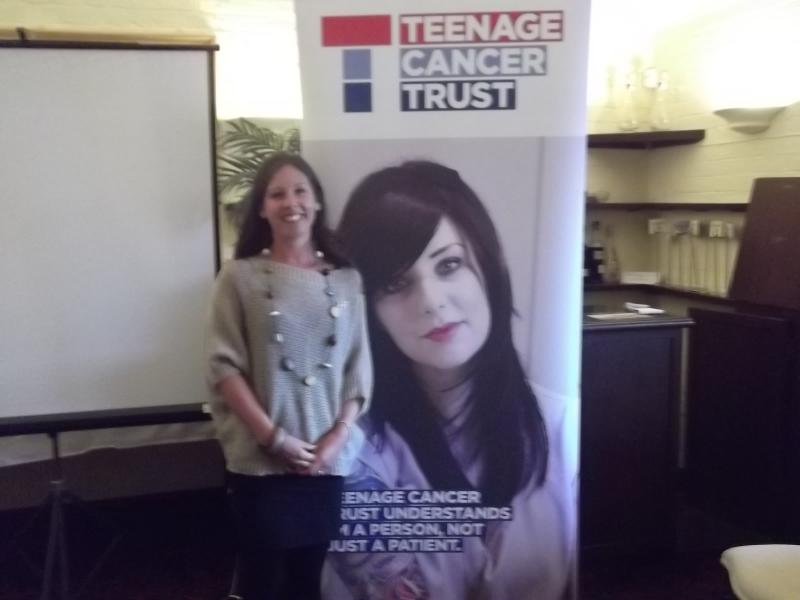 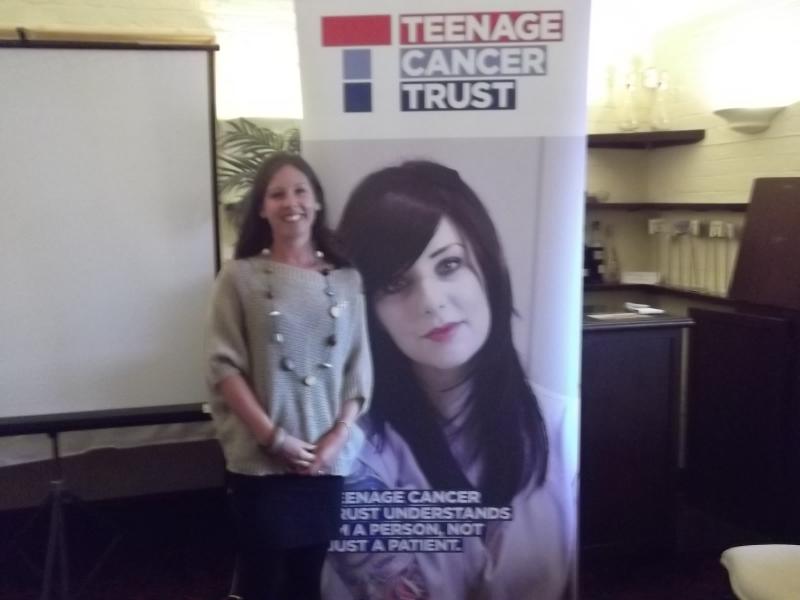 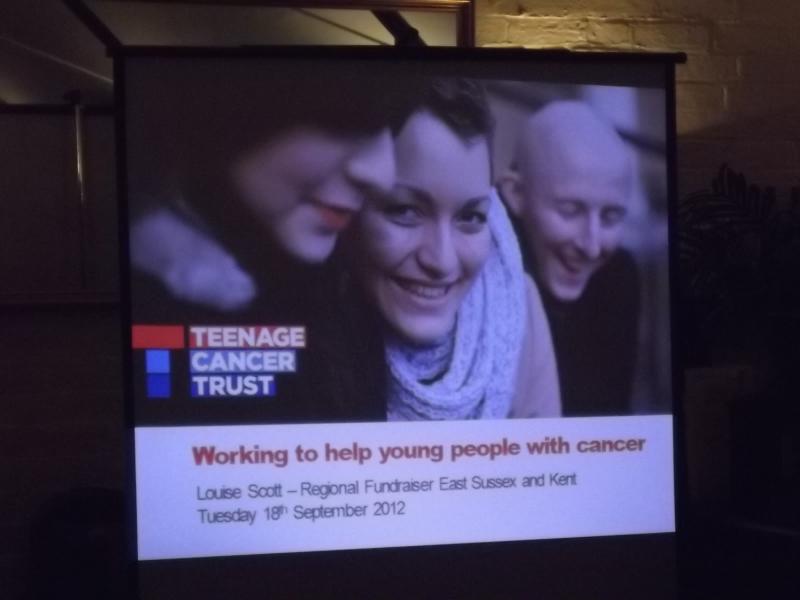 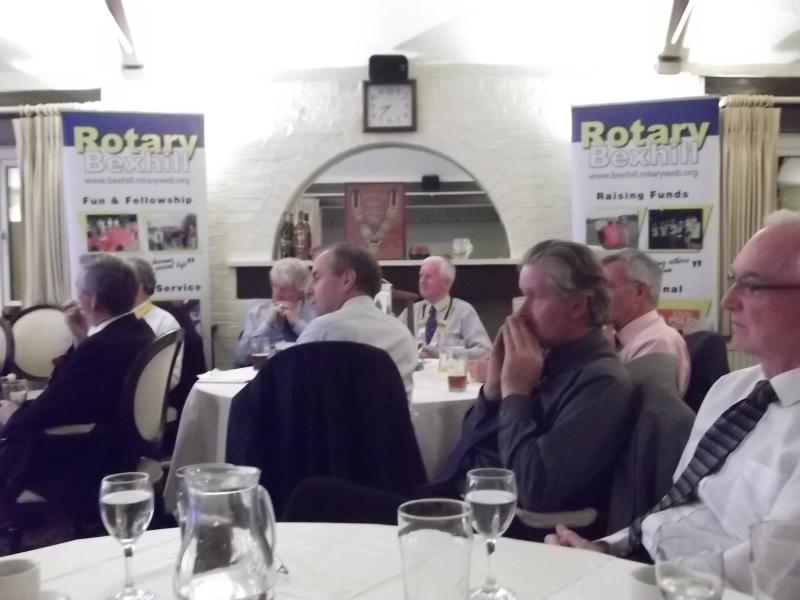 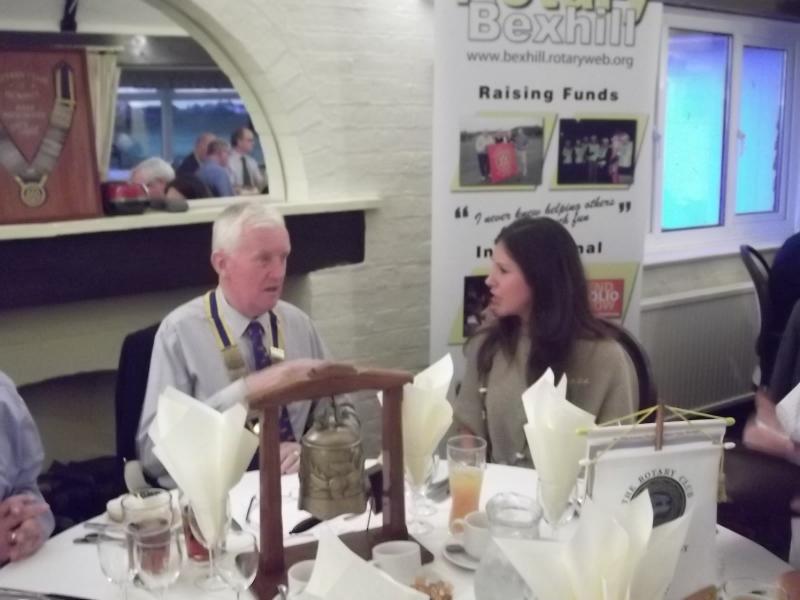 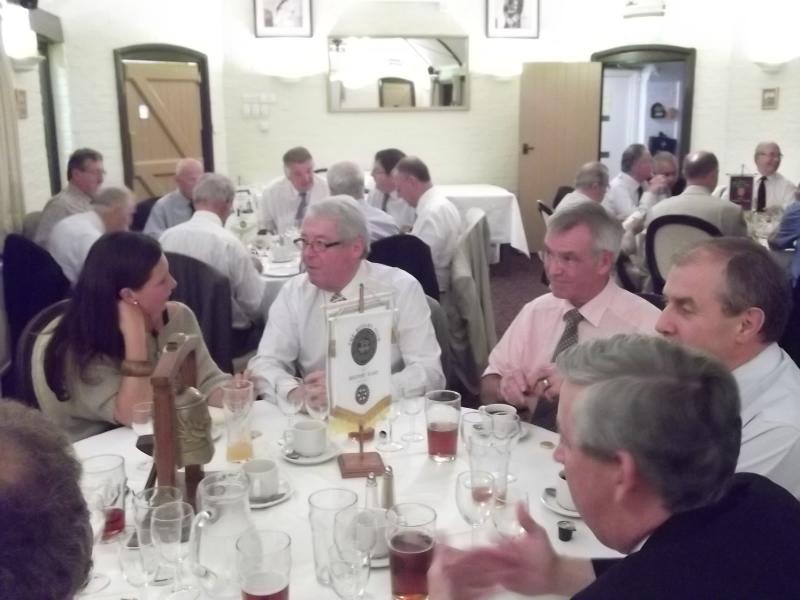 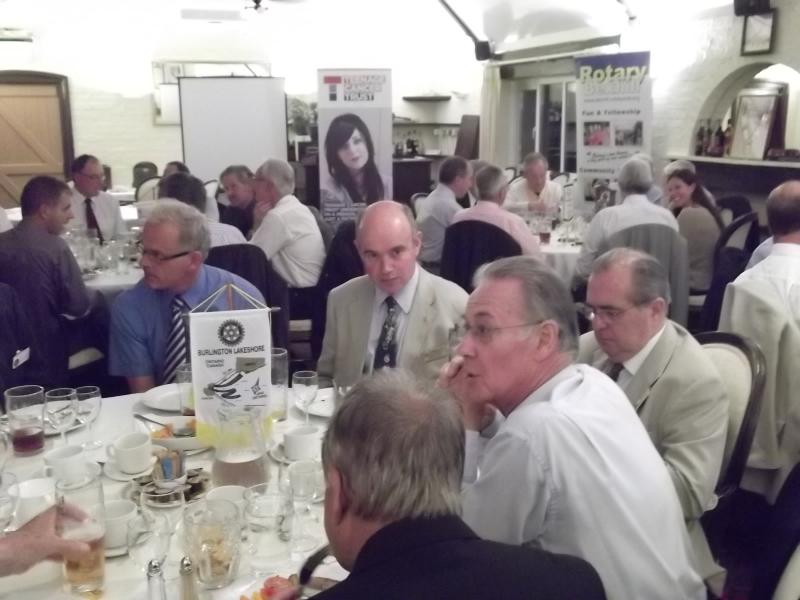 This week at their speaker meeting, Bexhill Rotary Club played host to the Teenage Cancer Trust in the form of Louise Scott who is the Regional Fundraiser for the charity in East Sussex and Kent.

After being introduced by Past President Roger Heyes, Louise Scott explained she has been in fundraising and charity work all her working life and has been with the Trust for two and a half years.  She stunned the usual lively Bexhill Rotarians with a power point presentation and short video about the Trust which was formed some 22 years ago specifically to fund and build special units for teenagers with cancer within NHS hospitals, 21 have been built so far with the nearest one being at the Royal Marsden in Sutton, Surrey.  She went on to say that every day six young people between the ages of 13 and 24 are diagnosed with cancer, these young people can get some of the most rare and aggressive forms of cancer as their rapidly changing bodies work against them enabling the cancer to grow faster.  The Teenage Cancer Trust is the only UK charity dedicated to improving the quality of life for teenagers and chances of survival and does a lot of research into cancers that effect youngsters, and they do all their work without government funding.  The Trust doesn

Malcolm has served his Community for 45 years.

Bexhill Rotary present a cheque and Harold gets a surprise

Club gives to St Michael's Hospice and hears about RYLA

1066 Presentation and Elphicks get a surprise

more My Life, My Job by Dave Tollett and Vernon Findley