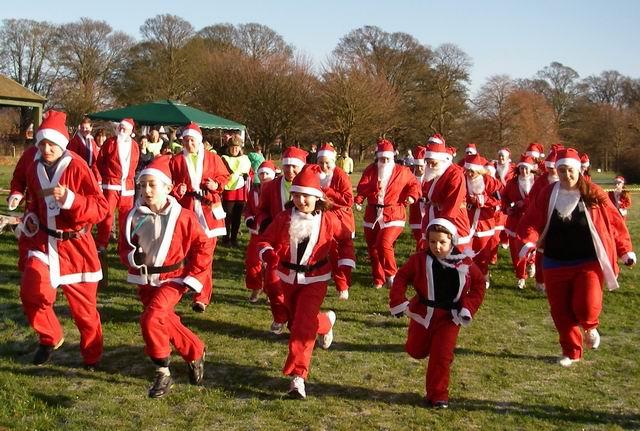 The Fun Run is increasing in popularity and attracted over 50 adults and children of widely ranging abilities and fitness. All thoroughly enjoyed themselves, as did many dogs that came along to join in the fun. 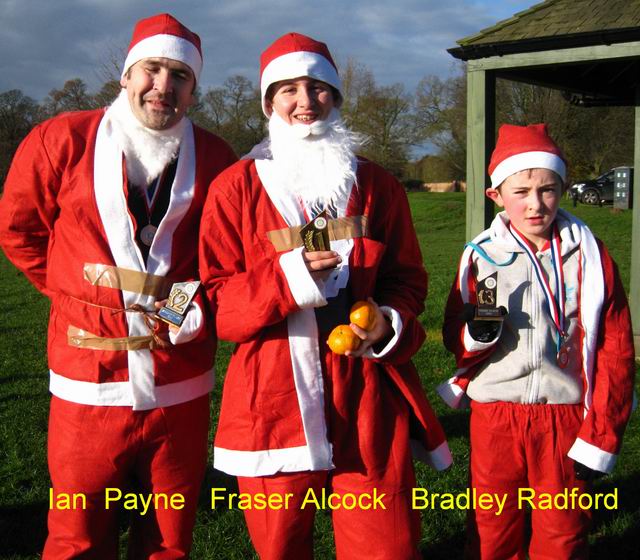 In the adult section first was Charlie's brother Fraser, with second and third places going to Ian Payne and Bradley Radford.  Over £400 was raised for our charities 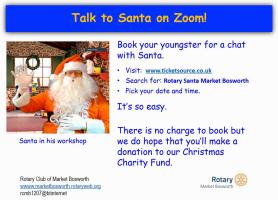 Santa was so pleased that he was able to talk to so many children on Zoom. Now he has to get cracking on delivering all those presents but he says he will be Zooming again next Christmas. Happy Christmas! 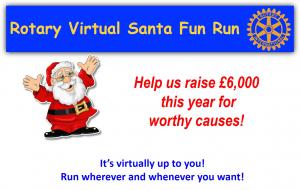 Because of Covid-19 our annual Fun Run will be rather different this year. It is virtually up to you! Join in any time, anywhere!

A cracking day out! 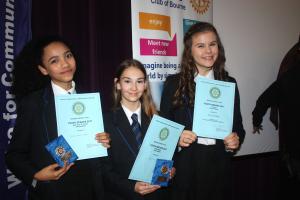 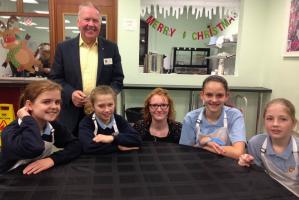 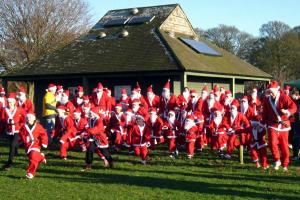 On Sunday 4th December almost 100 children and adults (and a few dogs) joined our 2016 Santa Fun Run to raise funds for local charities. 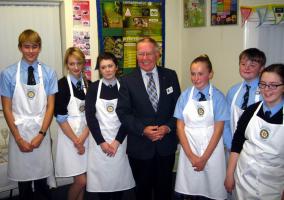 Every year Rotary clubs throughout Britain invite young people to take part in Rotary's Young Chef competition. It starts with local heats and progresses to Rotary District finals and then a national final. 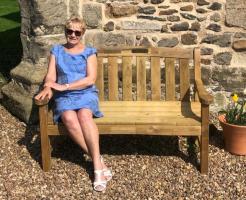 How long does it take for a church bench to wear out? 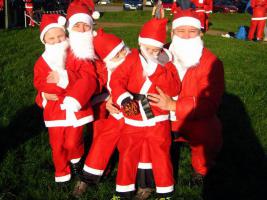 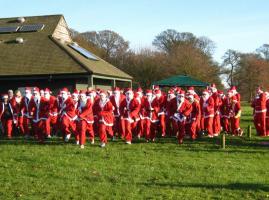 Santa Fun Run Sunday 2nd December. Fun for all the family and the dog! 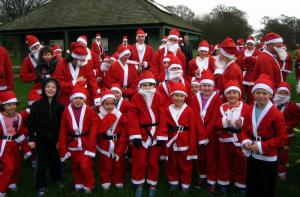