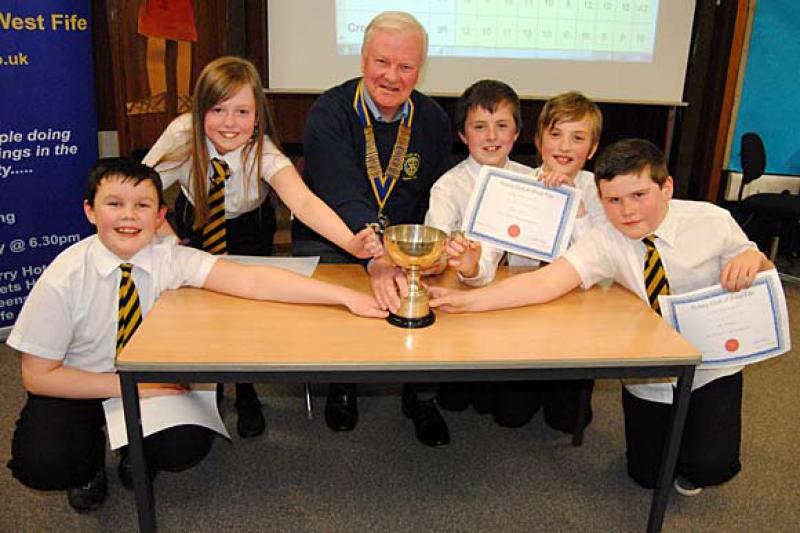 The Primary Schools Quiz was held at in March.  The contest pitted six local schools together to battle out the right to represent in the area final in Kinross next month.

The host team cantered into an early lead for the first three rounds but then saw that clawed back for them to be overtaken by the winners . Scores were as follows:- Camdean 99, Crossford 95, Saline 95, Cairneyhill 92, Pittencrieff 90, Culross 79.