Members of Thurso Rotary Club who have received the Paul Harris Award for service to Rotary and the Club. 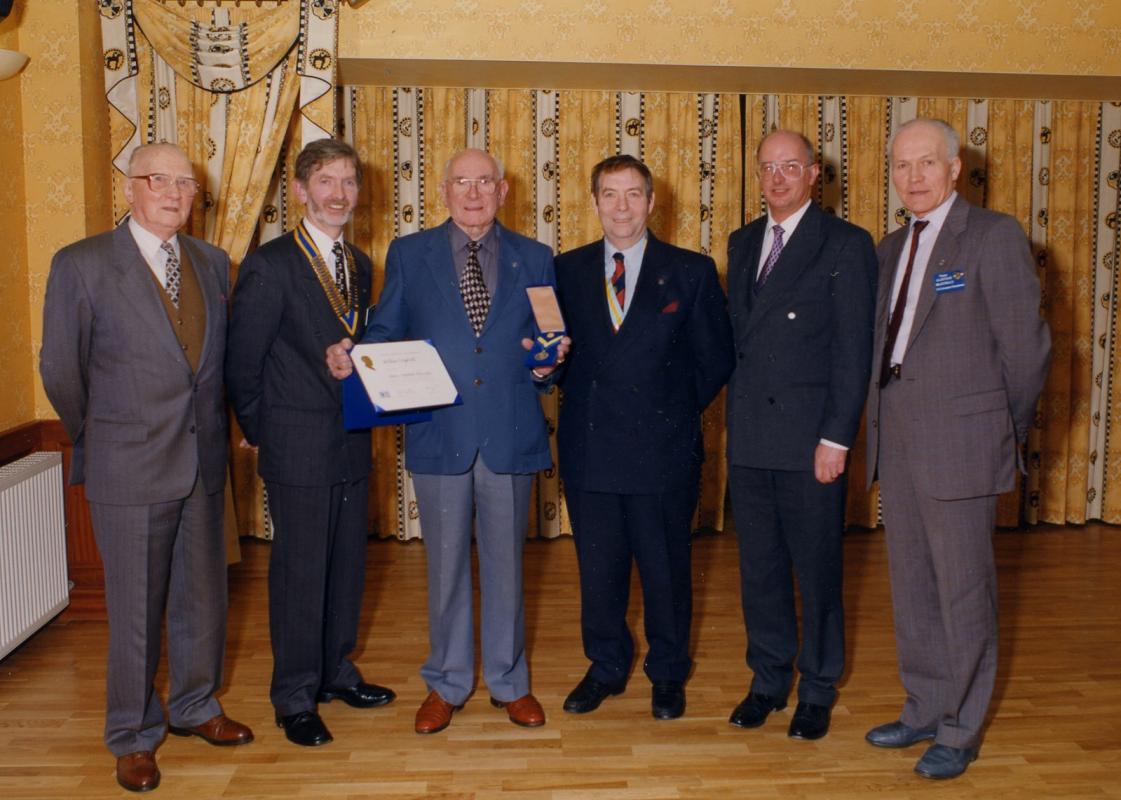 Rotarians who have given long and active service to their clubs and Rotary may be honoured by their clubs and by the Rotary movement.  The former club award is generally the offer of Honorary Membership of members home club while the latter is a ultimate honour of becoming a Paul Harris Fellow.

The first was the late Willie Coghill. 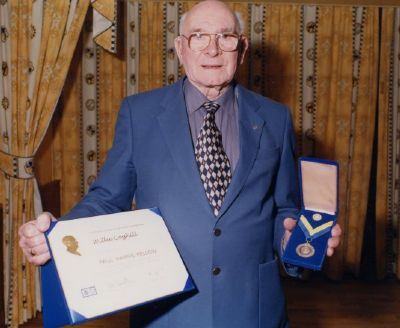 The late Willie Coghill was a hardworking and well respected member of Rotary Club of Thurso.  A Founder Member and a President and worthy Paul Harris Fellow.

Thurso Rotary President Donald Sinclair, Willie Coghill and the Assistant District Governor at the time Ron McKail Willie received his honour.  In the third picture is Willie with his son Grant. 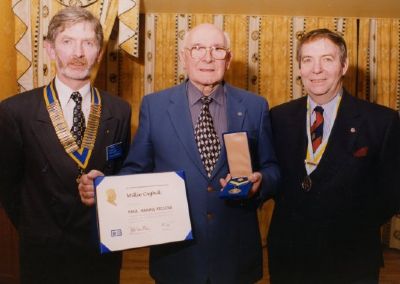 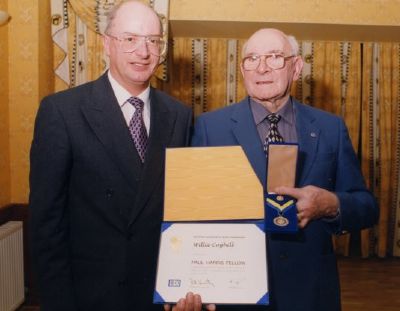 The second member be accorded the honour was James Campbell and his award has not diminished his enthusiasm. 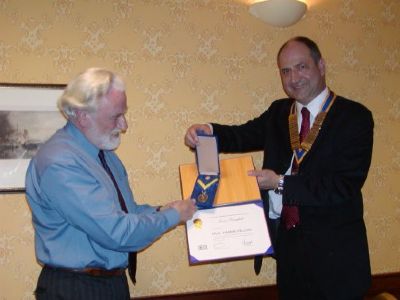 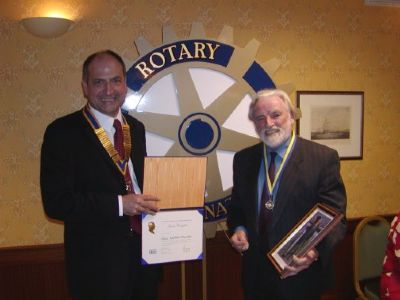 And, of course, an uncharacteristically 'speechless' James had to make a speech!!!

At the 2011 Christmas Dinner two more members of the Club received their Paul Harris awards for exceptional and long service to Rotary Club of Thurso - Peter Murchison and Crear Shearer. 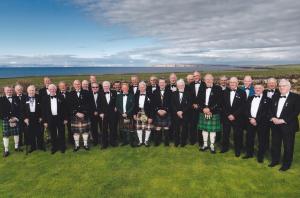 more 50+ Years of Presidents! And here are just of them. 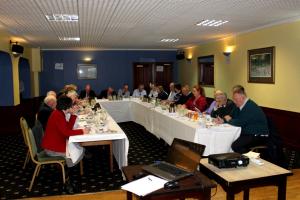 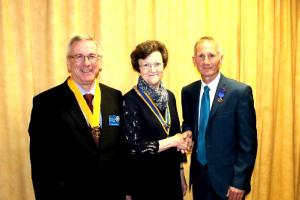 more Men with a vision!

back Rotarians work hard for the Community and welcome like minded citizens to join them. Anyone interested in joining the Club should contact a member of the Club. If not interested in membership could you join our Community Fund and help your local area.