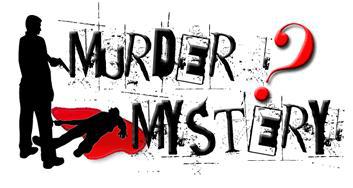 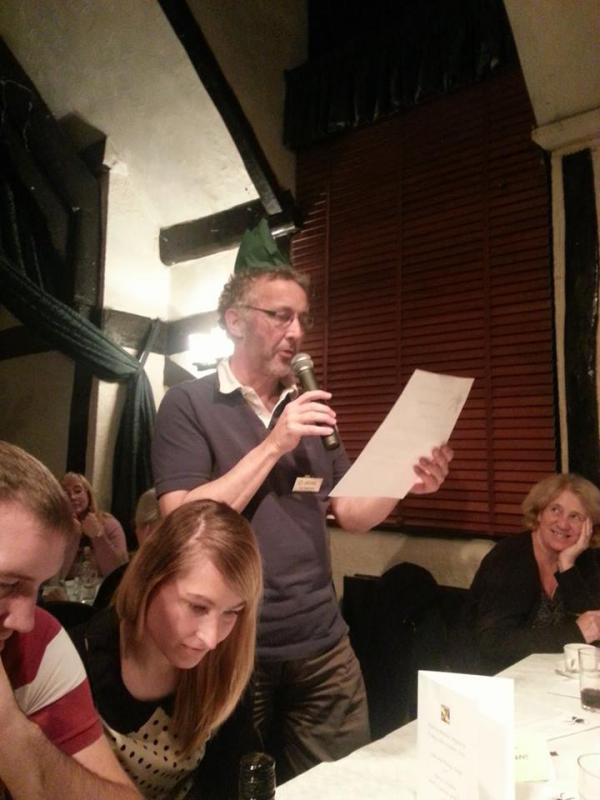 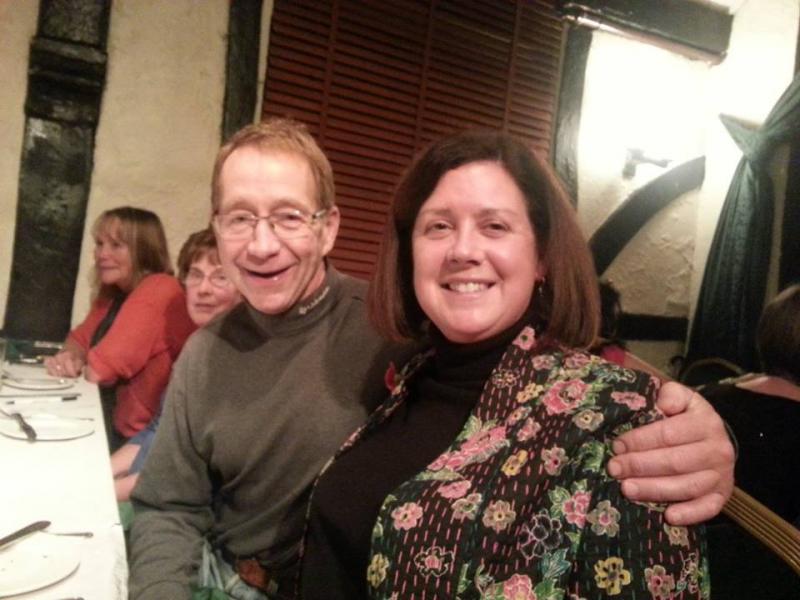 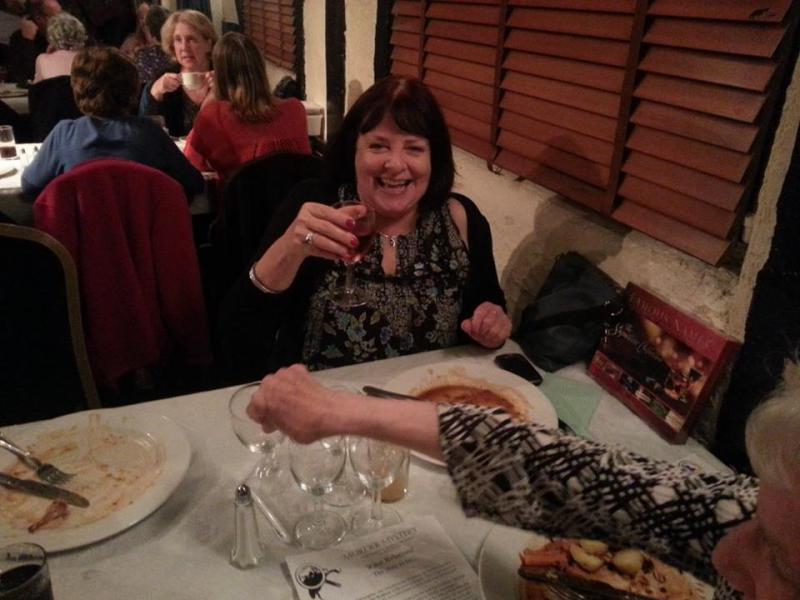 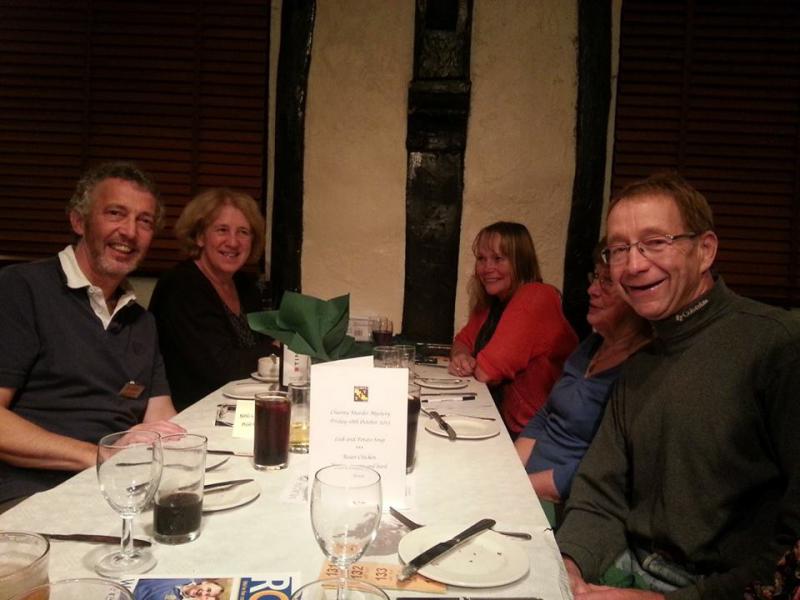 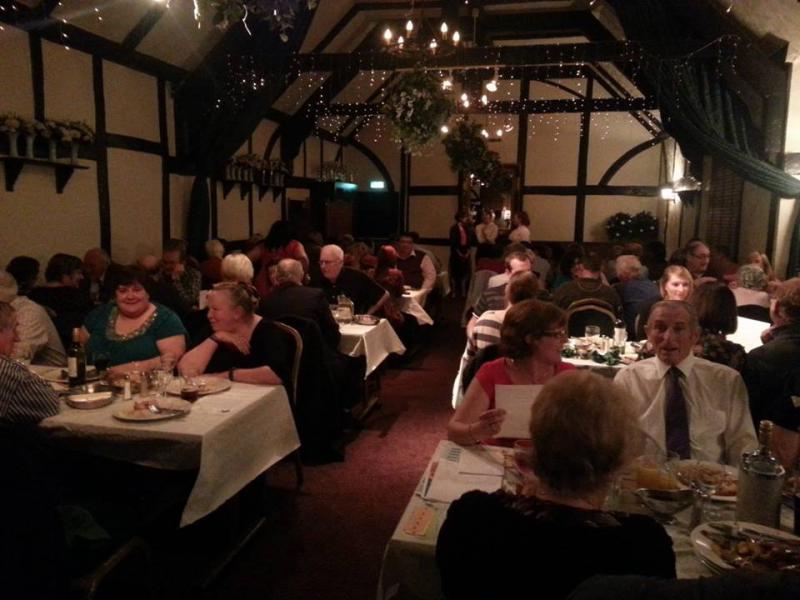 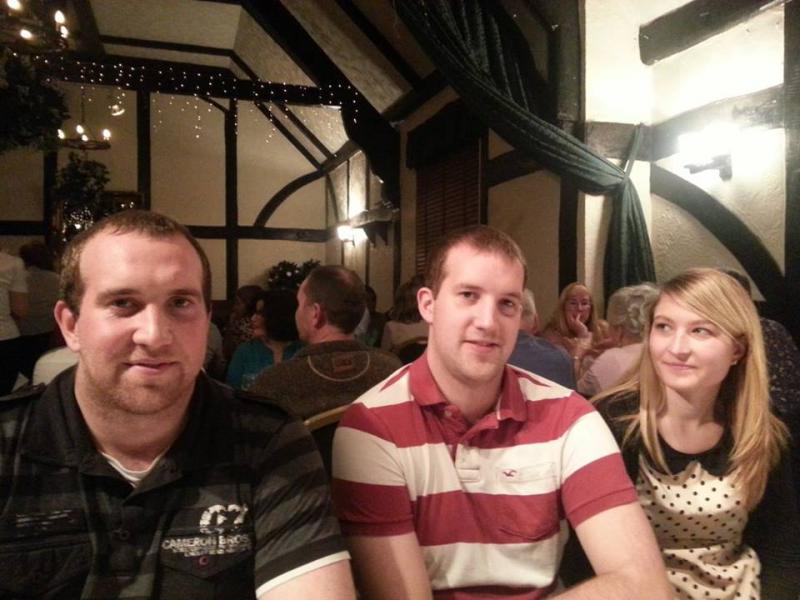 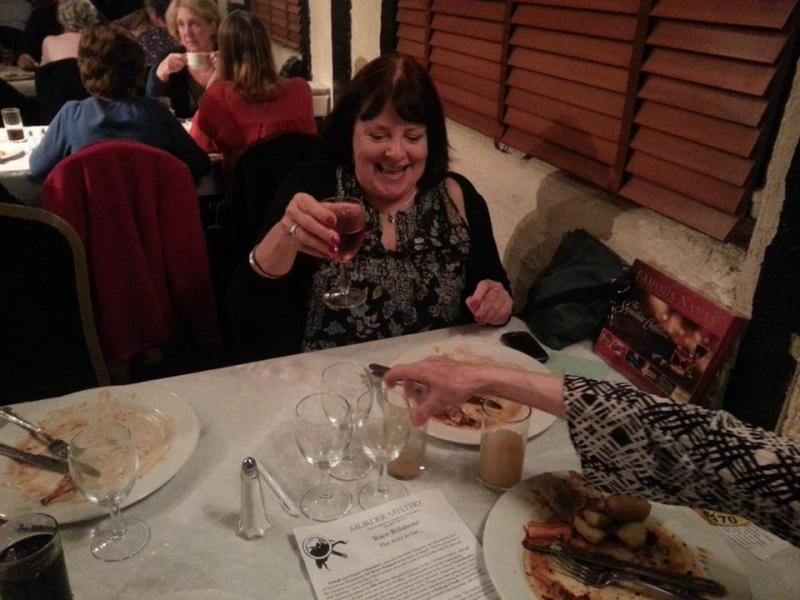 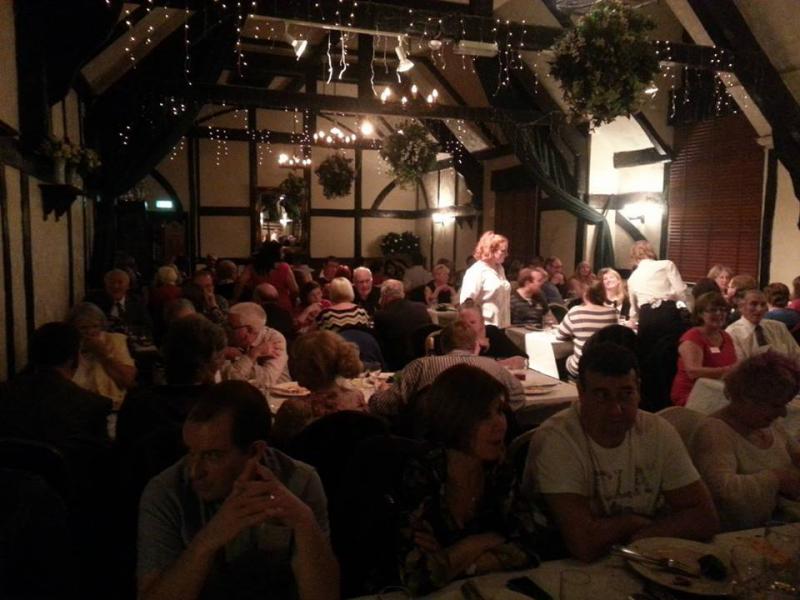 Friday October 18th saw 90 members of Medway Sunlight Rotary, their guests and friends sit down to solve a murder that happened in their midst!  Over a delightful meal served up by the Roffen the guests considered clues to resolve who had cruelly put paid to one of them before he had even finished his starter!

Some marvelous acting by "volunteer" budding thespians helped set the scene and allowed the clues to point the finger at ........ Bill - again!  He stongly denied the web of deceit, shocking stories of money problems and multiple womanising but was led awy to his fate by the victorious team of sleuths.

A great fun evening and an incredible

more At its meeting this morning the Club was presented with a certificate from Rotary South East and Gibraltar in recognition of 10 years of the Club serving the community and in particular for its work during the pandemic. 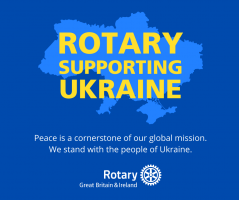 more Read here how Rotary is responding to the humanitarian need in Ukraine and how you can help. 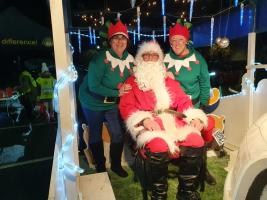 more Santa visited St Mary's Island on Saturday 11th December to say hi to all the girls and boys. 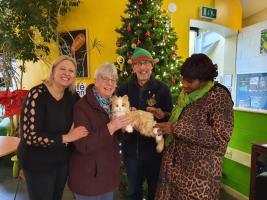 Cat is a purrfect hit!

more The presentation of a robotic cat to the Sunlight Centre Dementia Support cafe at Christmas completed a programme of donations to six cafes to help those with Dementia.

Help for Tonga on Rotary Day !

more Medway Sunlight Rotary have co-operated with the Rotary Club of Carterton in New Zealand to send humanitarian aid to Tonga. 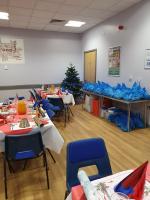 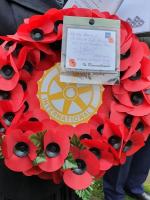 more "We shall remember"

Do you need urgent help during the pandemic?

more BBC radio stations are co-ordinating a campaign during lockdown to make devices available to students for study.

more We have raised over £800 since we started using the easy fundraising site! That is all down to you! By registering and accessing your usual retailers to purchase goods on-line our charities earn money without it costing you a penny more!

more The Living River Foundation is a local not for profit organisation set up to monitor and raise awareness to protect and improve the Thames and Medway rivers.

Want to support us ?

more Unable to come along to our events or activities but want to help the many good causes that we help to really make a difference in the community?

Tools With a Mission

more This morning's speaker was from Tools with a Mission - a charity that collects donated tools, refurbishes them and send them across the world to help create livelihoods in poor communities.

Another great Christmas Lunch provided for those in crisis.

more For the sixth year running Medway Sunlight Rotary Club helped provide a hot meal and so much more for those homeless or in crisis at Christmas. 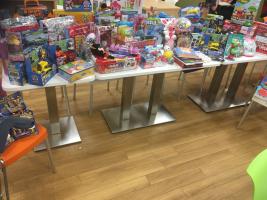 more We were delighted to be able to provide Home-Start Medway with Christmas presents for the families they support. If you would like to see some of the wonderful work they do head over to their website - https://www.home-start.org.uk/

more The Invicta Dynamos Ice Hockey Club kindly allowed us to collect again at their last home game of 2019 .

Update from the Tea Leaf Trust

more For a number of years we have worked with the Tea Leaf Trust in Sri Lanka to improve the lives of the tea pickers - read their latest annual report to see what amazing things have been achieved. 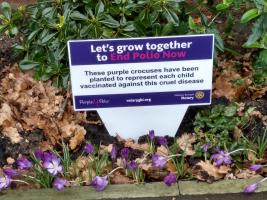 Everything is coming up Crocuses !

more Medway Sunlight Rotary Club has been planting thousands of purple crocuses to highlight the campaign to rid the world finally of Polio. 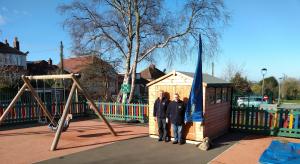 Snapdragons in the dry !

more Medway Sunlight Rotary Club was recently pleased to be able to provide a new shed at the Snapdragons Centre in Cliffe Road, Strood to store outdoor toys and equipment.

It's no longer a mystery !

more It has been said that Medway Sunlight Rotary Club has more murders than Midsomer but they are always popular! 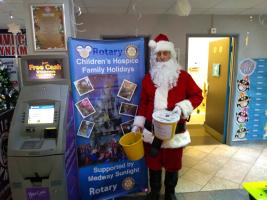 more Thank you to the supporters of the Invicta Dynamos Ice Hockey Team - who donated £73.22 to our collection on Sunday 23rd Dec at their last home game of 2018 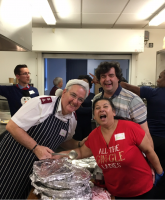 more For the fifth year running Medway Sunlight Rotary, led by Grace Kelly, provided a hot dinner for the homeless and those families in crisis along with warmth, clothing and someone to chat with on Christmas day. 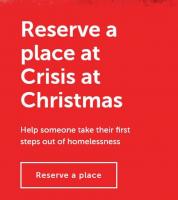 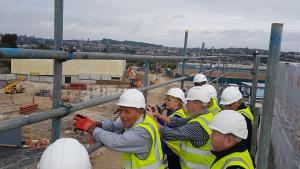 more Instead of our usual Thursday morning meeting we raided Countryside Properties' development at Rochester.

more Our friends from Harmony Choir are holding a Christmas Concert on Saturday 1st December to raise money for our Christmas Day Meal for homeless and isolated people. Thank you for your support Harmony! 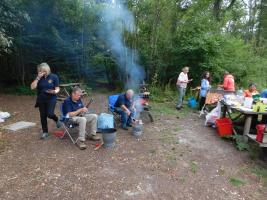 BBQ in the woods

more Medway Sunlight Rotary Club were delighted to help the Chrysalis chair exercise group when they needed help with publicising their work. 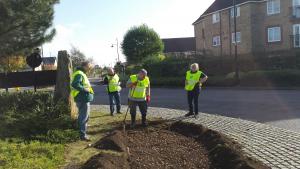 A race to plant crocuses before Brian arrived! 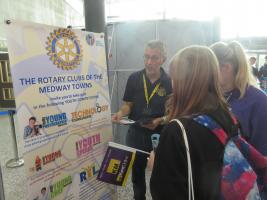 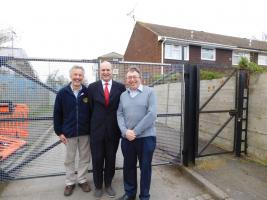 more Many, many thanks to Phil Taylor CEO of ArclorMittal Kent Wire Ltd for carrying out repairs to the main gates at the Rainham Oast Community Centre. 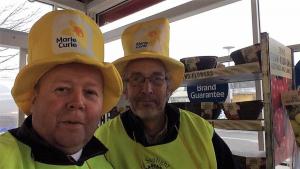 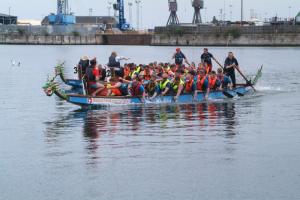 more Details of next year's Dragon Boat Challenge have been sent out to all those who took part or expressed an interest - make sure that you don't miss out!

more Our latest challenge for the intrepid! Walk on 15ft of broken glass or be a coward and laugh at those who do! All in aid of Rotary Children's Hospice Holidays and other Rotary Charities. 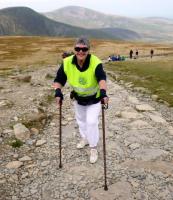 I was a Raffle Prize Winner!

more The winner of our magnificent Dragon Draw prize - a day wined and dined on the Solent- tells us about her experience.

more Fun at the theatre

more We are 3 years old!

more Looking back on a busy year

Come and Sing lifts the roof!

more The Come and Sing held at St Matthew's Church, Drewery Drive was a great success

more The founder of Peter's Place spoke at our Project Night in October - read more ..... 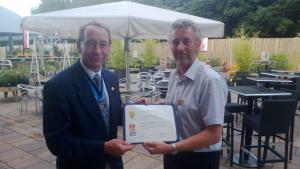 Project night goes with a bang!

back News of recent activities