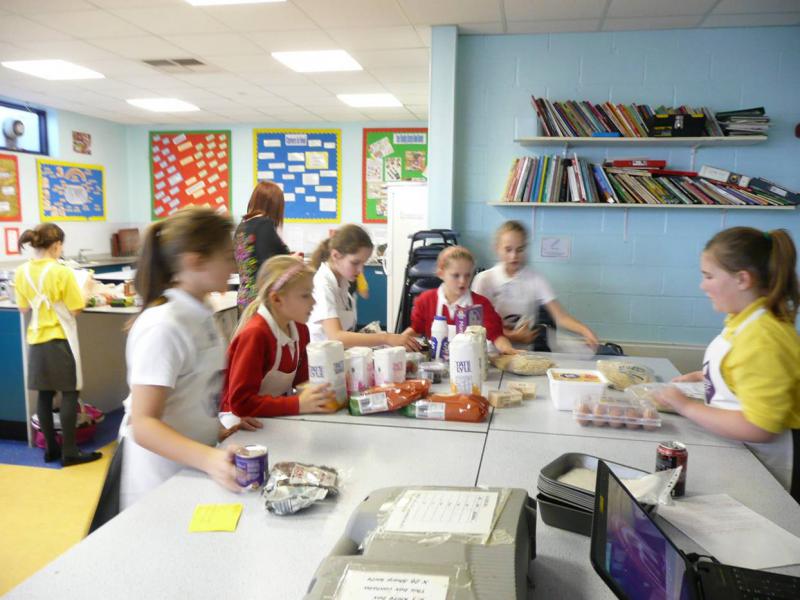 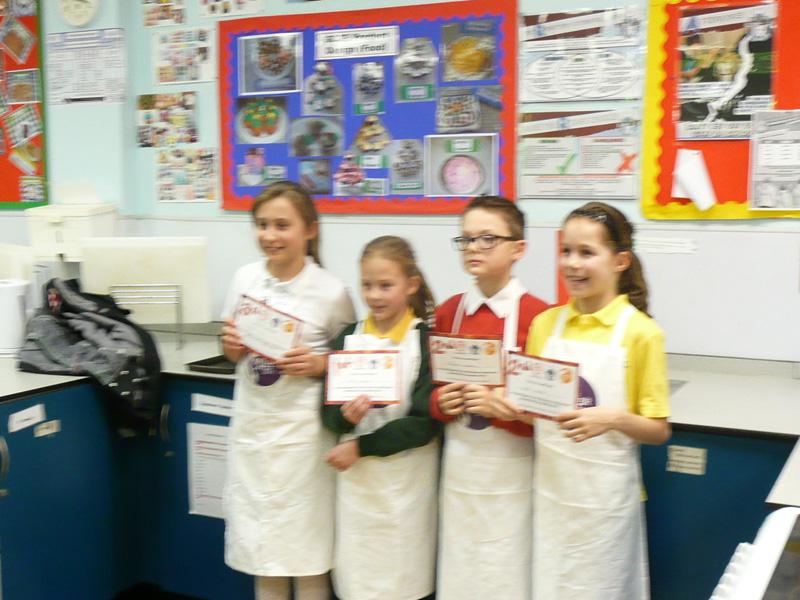 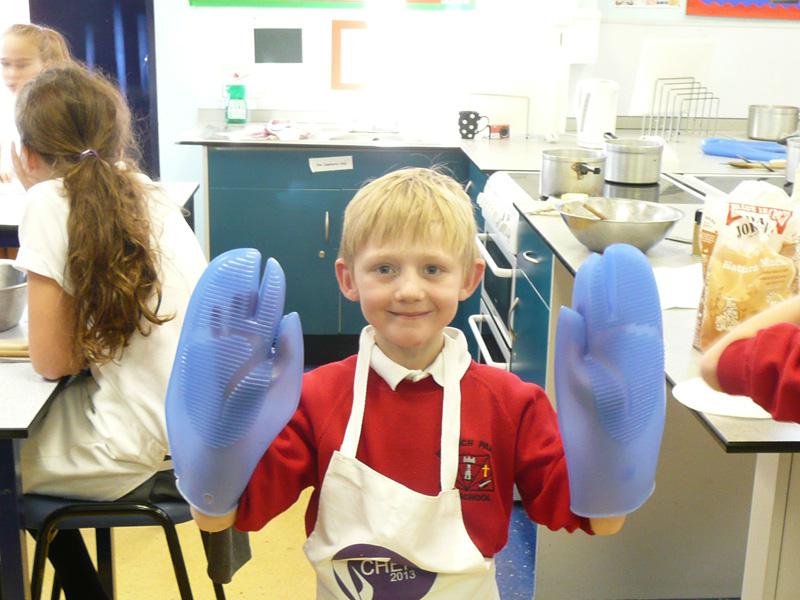 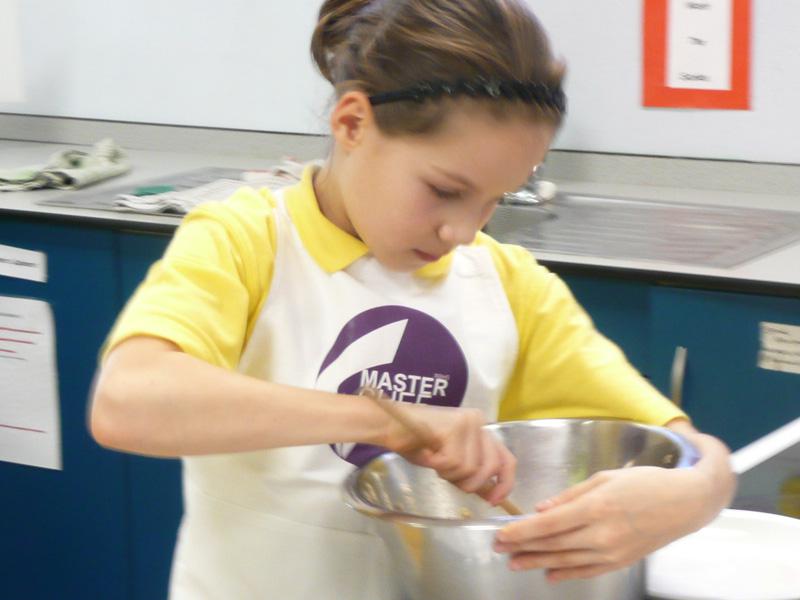 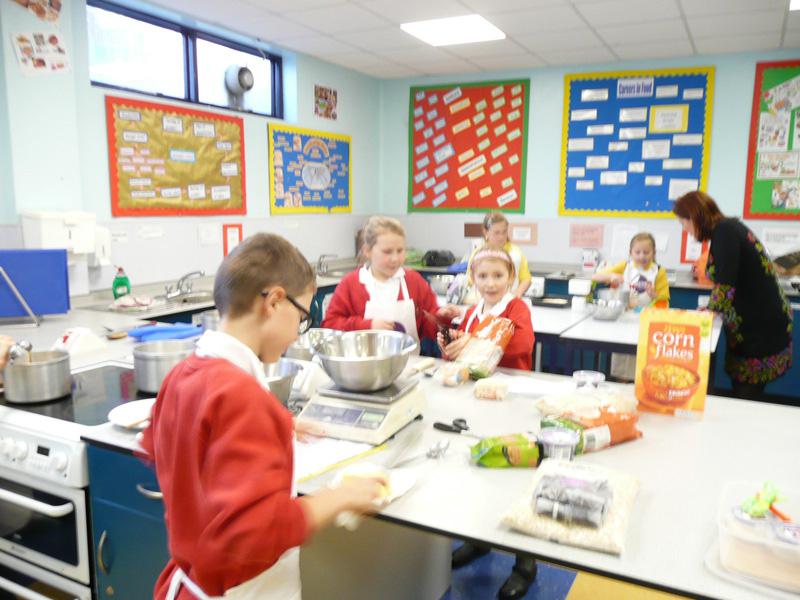 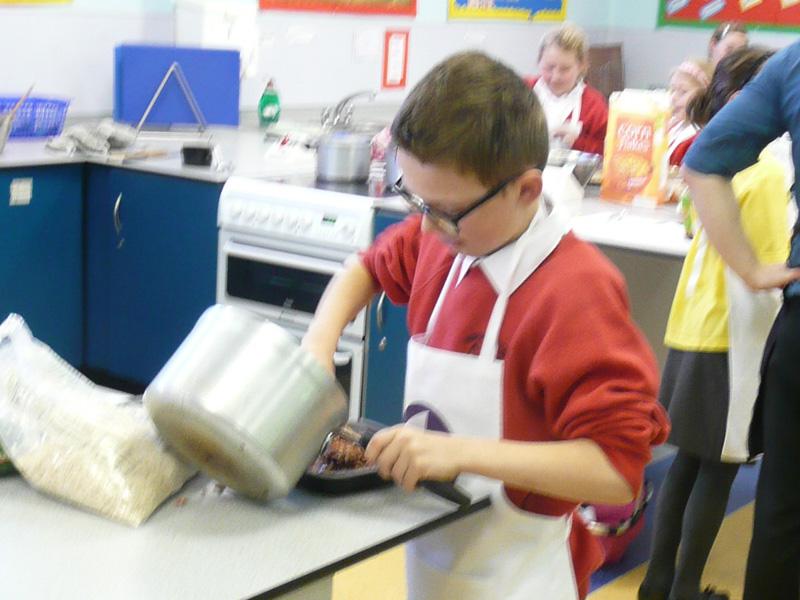 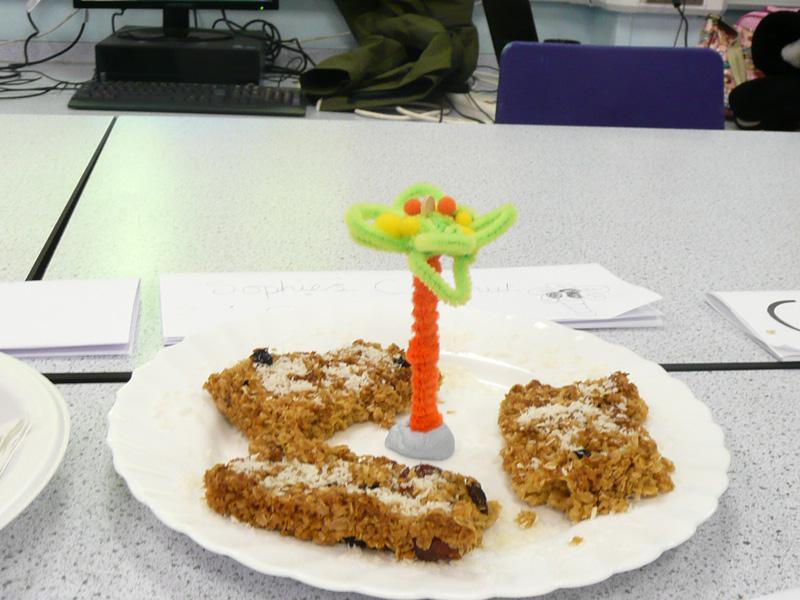 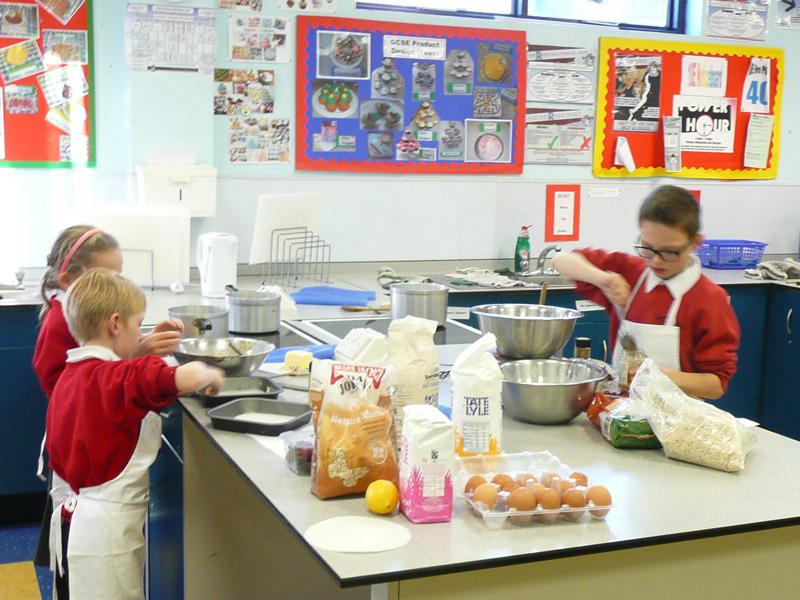 Contestants were asked to enter the competition from each Horwich Primary School whereby they were asked to write their own recipe and make their products in their own school.

Out of these contestants, 14 pupils were chosen to take part in the Final, held at Rivington BR High school, in the Food Department.

The children, who were accompanied by their teachers were given the task of making flapjacks from their own receipe, within a given time of 90 minutes. A wide range of ingredients were made available to the children, the cost being borne Rotary.

The children worked in groups of two or three, but each child prepared their own dish. All children managed to finish their dish within the allowed time.The children were aged 7,8,9 and it soon obvious that these children were used to working in the kitchen environment After much measuring,mixing and finally baking, the flapjacks were put on show for judging.

The Judges were Mr Purcell, Headmaster, Michelle Howard, Business Officer and Keith Maher from the Rotary Club of Horwich. The three judges were asked to score on Taste, Form and Presentation, and the children were asked to go outside for refreshments while the judges scrutinised the dishes.

There was a wide range of flapjacks on display, many including fruits and berries. Each of the children were then asked to come back into the room and present their dish to the judges for comments and encouragement, and to receive a certificate.

The best four entries were given prizes including cook books and utensils, funded by Horwich Rotary Club. 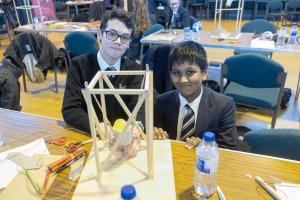 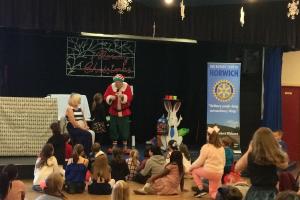 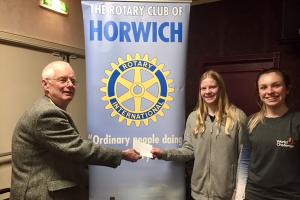 Zoe Harley and Lucy Baldwin from Horwich gave an enthusiastic talk to a Rotary evening meeting recently about their forthcoming trip to India together with 30 other students from Canon Slade School. 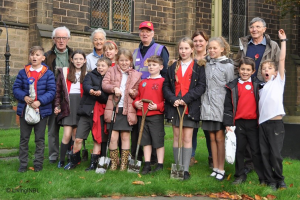 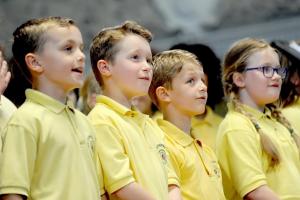 Children from across Horwich took part in the week long Bolton School’s Music Festival in June. Two pupils from Blackrod Primary School have won the final of a Great British Afternoon Tea competition which was held at Rivington and Blackrod High School. On 25th Feb Rivington and Blackrod High school hosted a round of the "Big Book Quiz". The journey beginning at 0700 at Wigan station where Rotary baseball caps were given to the kids. Wow! What a way to round off a school year when 32 children from 8 Horwich and Blackrod Primary Schools, escorted by one of their teachers assembled on Wigan station at 7am for a memorable trip to London. A Windfall For Rivington Primary School

A Windfall For Rivington Primary School The Bolton Trail was a day out for primary school children from six primary schools in Horwich, funded by the Community Committee of Horwich Rotary. The Rotary Club of Horwich paid the bulk of the funds needed for the London Day Trip, as part of the Citizenship Programme for the current school year.

A Windfall for St Joseph's

A Windfall for St Joseph's