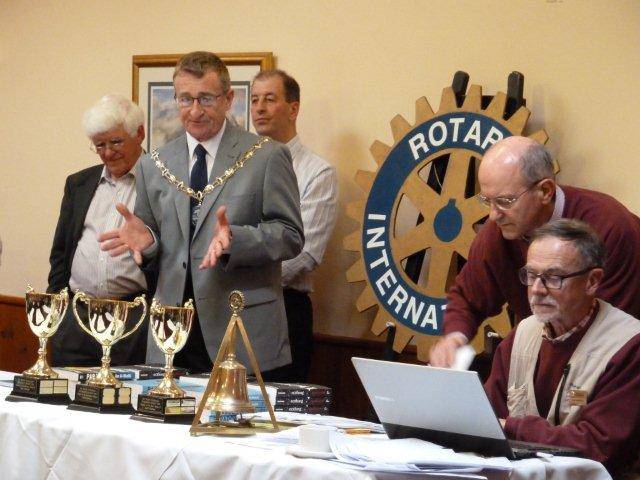 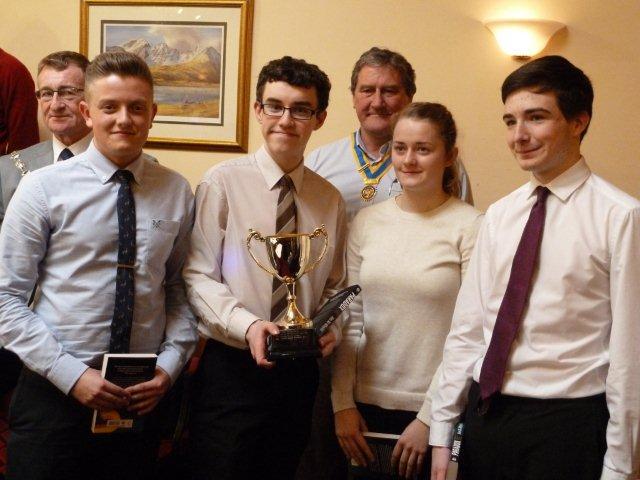 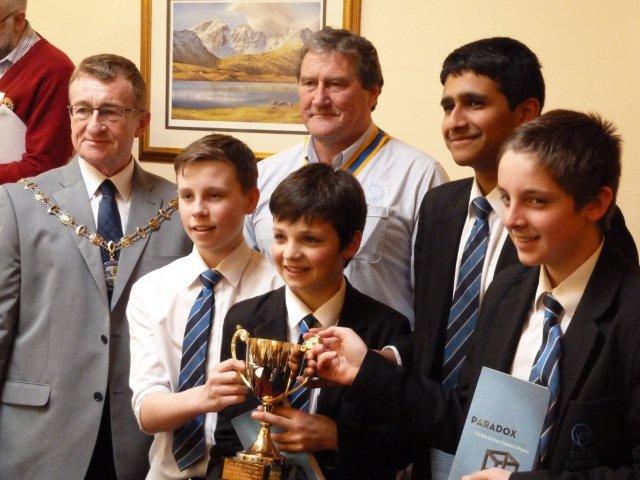 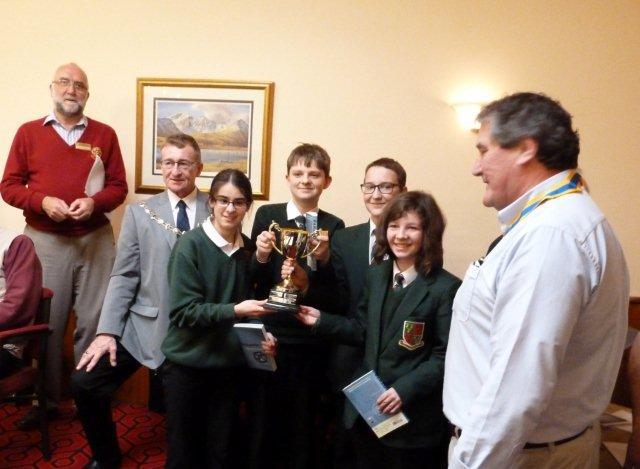 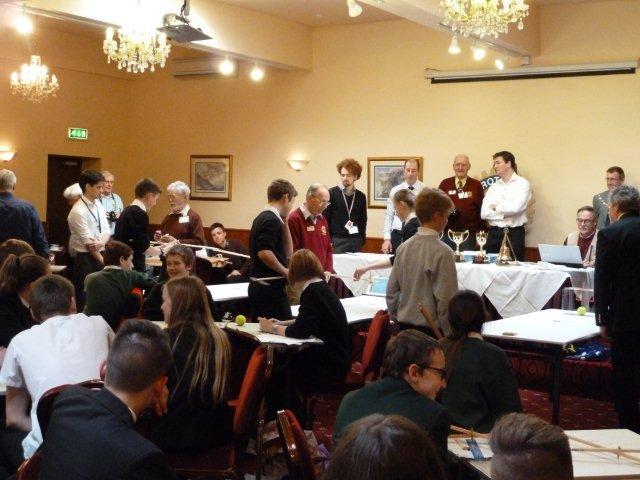 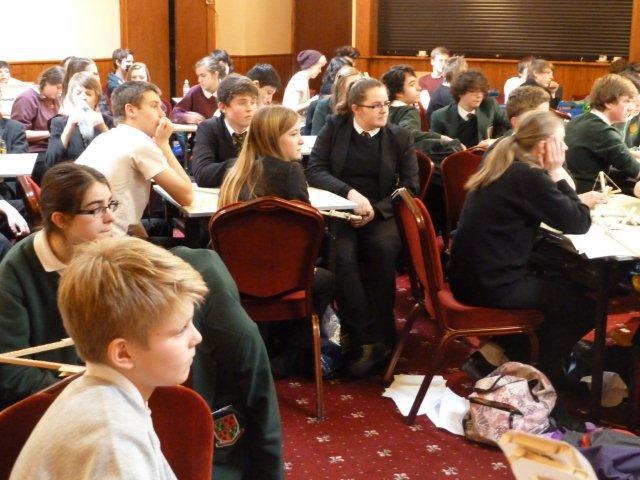 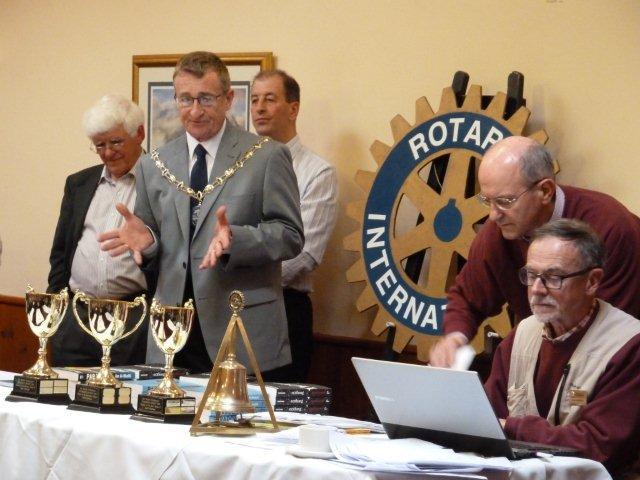 One of our club members, Gordon Turner as a BAE Manager was invited to be a judge at the Windermere Technology Contest.He reported as follows :

The task was to build a device which could reach 1.5 metres and could extract a meteorite (represented by a tennis ball), which had fallen to earth, from the front of a Perspex box and place it onto a target half a metre in front. The Perspex box was a different configuration depending on the category, foundation box was completely open back and front, intermediate a small 100 mm hole in the front and open at the back and finally advanced task was a small 100 mm hole in the front and completely enclosed at the back.

There were several categories on which the marking was formulated:

How they planned, did they work as a team, did they all contribute and was there good leadership.

How well they understood the problem and constraints, did they have a variety of designs produced and did they understand the advantages and disadvantages.

Is the design suitable, did they test it and if so how well and did the results lead to improvements?

How well was the idea documented, did it include drawings/diagrams, was there more than one solution, does the evaluation of test results lead to adaptation and are there reasons for adaptation clear?

That was a possible 50 points

Gripping the meteorite 1st time and not dropping       20 points

Gripping the meteorite 2nd time and not dropping       10 points