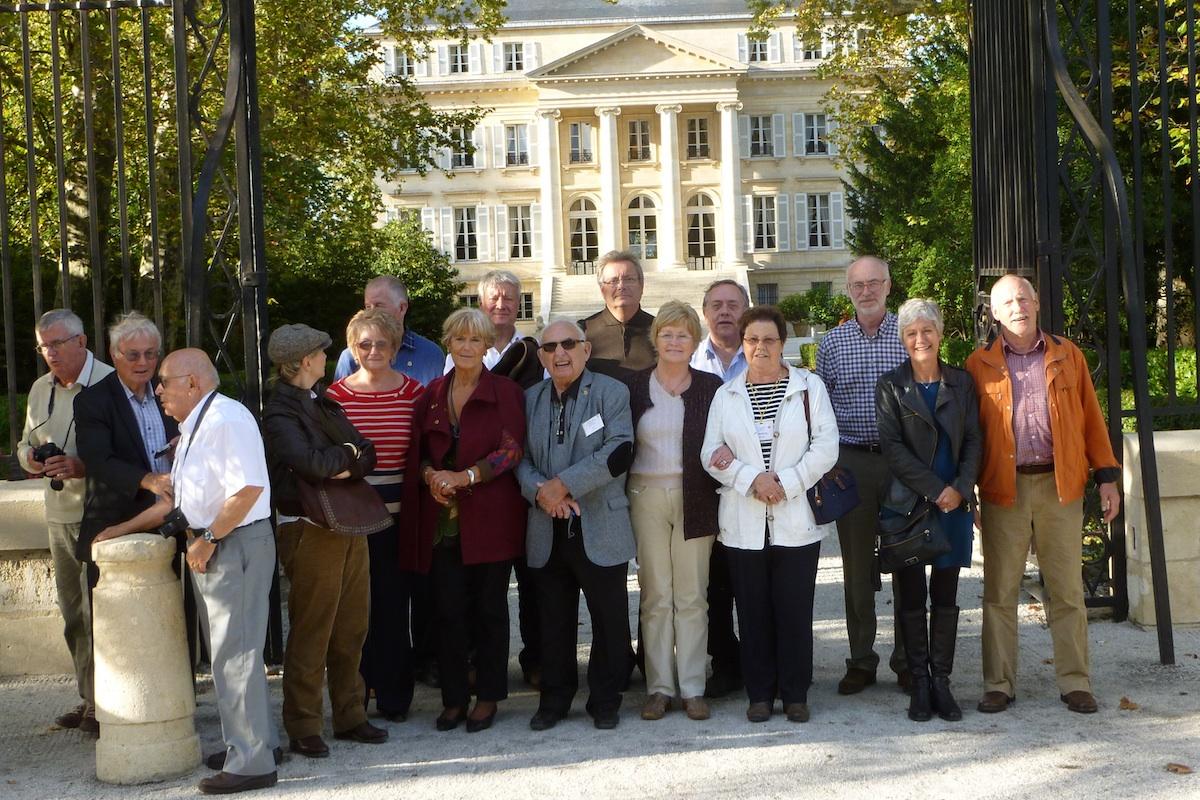 A team of 11 Rotarians and partners from Blanquefort en Medoc (near Bordeaux) enjoyed a busy weekend hosted by the Rotary Club of Chelwood Bridge. The main event was the traditional English Sunday lunch at Ston Easton Park. The photograph shows President Catherine Senac responding to the words of welcome from Chelwood Bridge President Leslie Fox. Catherine delivered her speech in English and had it translated back into French for the benefit of some of her group! During their stay visits were made to Wells Cathedral, and the Fleet Air Arm Museum at Yeovilton, the weekend concluded with a skittles match at the Red Lion, Paulton. The second photograph shows Nicole Bonnard on the alley – not bad for a 78 year old!

The Chelwood Bridge group comprised: President John and Ann Butler; Jerry and Val Coles; Hugo Pike; and Tony and Linda Quinn. Ken and Jenny Biggs had planned to be in the group but had to pull out on medical advice just days before we left.
The programme included a welcome dinner on Thursday evening at the Bistrot du Sommelier in the centre of Bordeaux; Friday morning visit to Chateau Lagrange; an excellent traditional 3 hour lunch at a small village restaurant Les Bontemps, followed by another guided visit to the Chateau du cru Beaucaillou – with the formal twinning dinner at the Brasserie Bordelaise.
On Saturday morning we enjoyed a walking tour of old Bordeaux with an excellent English speaking guide from the tourist office. After lunch we had another fascinating coach tour of Bordeaux –

The UNESCO Heritage Site and in the evening the we split into two large dinner parties hosted by Jean Francois and Elizabeth Bernard and Pierre-Louis and Birgid Deroubaix. Once again the hospitality was of the highest standard and the genuine friendships and mutual commitment to the principles of Rotary overcame any shortcomings on the language front.
A ‘business meeting’ took place on the Saturday afternoon when key members of both Clubs agreed on future joint projects – details to be finalised and then submitted for consideration by our respective Club Councils.

October, 2010 saw the exchange visit to Chelwood Bridge of members of the Rotary Club of Blanquefort – 9 in all. The weekend started with Skittles and supper at the Kings Arms, Chew Magna on the Saturday evening – an early opportunity for everyone to renew acquaintance and catch up on events since we were last in Bordeaux. The usual international rivalry at skittles was soon overtaken by much laughter and friendly fellowship. Sunday was the occasion for our ‘formal’ event, held at Hunstrete House, with a champagne reception before a traditionally English Sunday lunch that included a cheese course (taken after the dessert – to the consternation of our visitors!). As well as our visitors and their hosts the lunch was enjoyed by most of our Club members and their wives. The respective Club Presidents gave their speeches with translations that were probably less than perfect – not that anyone cared enough to comment! We were delighted to have, as our principal guest, Councillor Sarah Bevan, Chairman of Bath and North East Somerset Council.

The photograph shows Past President Vincent Dubes (Blanquefort), Past President Hugo Pike (Chelwood) with ‘the Chairman’. Monday morning was spent at the SS Great Britain historic site in Bristol – one of our national treasures the restoration of which continues to improve from one visit to the next. Our visitors were duly impressed and took some comfort from the information that ‘the Great Engineer’ Isambard Kingdom Brunel was the son of a French father and had his secondary education in France before returning to England. Following on from this the group enjoyed a tour of the City docks on board the MV Bagheera with another traditional meal – Fish and Chips wrapped in newspaper – washed down with the odd glass or three of vin blanc.

Subsequently, in March, 2009, PsF requested a supply of WSBs for evaluation and possible use when they next respond to a disaster situation – 50 boxes have since been sent and we await details of their deployment in due course.

The next photo shows a representative of Pompiers sans Frontieres signing a formal agreement with President Louis Fournier on behalf of the Blanquefort Club who will provide the on-going link for Water-Survival Box with ChelwoodBridge.

In September, 2008 Chelwood Bridge members made their second visit to Blanquefort. Another memorable weekend was enjoyed by us and included a trip to Chateau La Tour Blanche (home of the second best Premier Cru Classe after Chateau d’Yquem – Sauternes) and another tremendous twinning dinner

As we were to host the District 2009 Conference it was agreed that the next twinning visit to Chelwood Bridge would be in the autumn of 2010. However, four Rotarians and three wives from Blanquefort led by President Pierre-Louis Deroubaix travelled to Jersey to attend our 2009 Conference – a true expression of Rotary friendship and our entente cordiale!

In November 2008 I was invited to attend a joint meeting of five Rotary Clubs in the Bordeaux area to give a presentation on the Water-Survival Box project. At the same meeting a presentation was also given by Dr Bernard Courtot representing the French Search and Rescue group ‘Pompiers sans Frontieres’.

In September, 2007 members of the Blanquefort Club and their wives were hosted by us and the weekend included a day sight-seeing in Bath and a splendid ‘Twinning Sunday Lunch’ at Ston Easton Park Hotel

During that visit it was agreed that, as well as enjoying the social benefits of twinning, our two clubs would support one or more projects run by our partner club. Chelwood Bridge agreed to help with english-language ‘Books for Africa’ and Blanquefort to explore the possible extension of the Water-Survival Box project in France.

Following exploratory trips to each other’s Clubs in 2006 a party of Chelwood Bridge members and our wives travelled to Blanquefort-en-Medoc for the inaugural twinning visit. We enjoyed a delightful weekend in March with our hosts culminating in the formal twinning dinner. The twinning of our two clubs was sealed with the presentation of a charter signed by the Presidents of both Clubs. 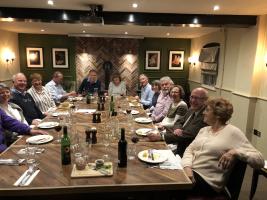 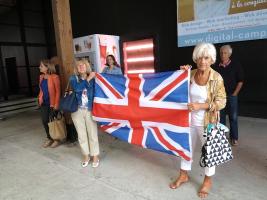