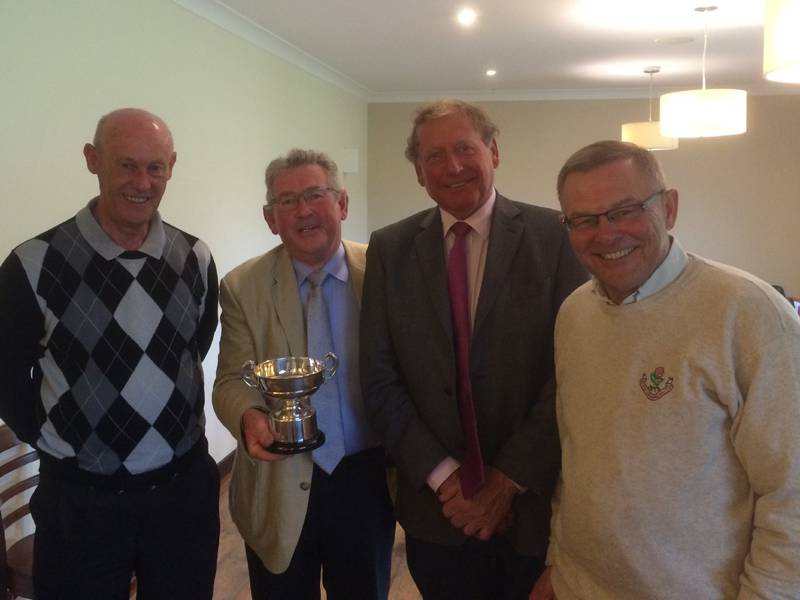 The June meeting of the District 1180 golf society took place today at Padeswood and Buckley golf course. 30 Rotarians from District took part.
In very wet conditions and a testing golf course the Rotarians from Southport Links did their club proud.  Alan Barber, playing off a handicap of 16,  came first in Division 1 with 36 points, with John Bambery, playing off 11, coming 2nd with 32 points.  The team trophy was won by Southport Links with an aggregate score of 98 points, the winning team comprising: Alan Barber, John Bambery and Bob Theckston. The photo shows that 2014 Captain - David Landy handing over the trophy to the victorious team.  The club retains the trophy having won it in 2013. 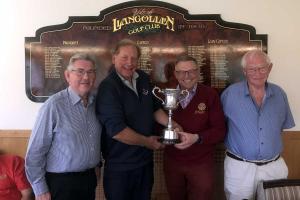 more Winners this year are the team from Southport Links Rotary 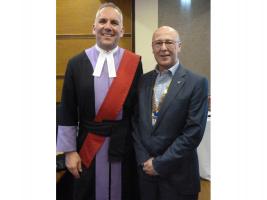 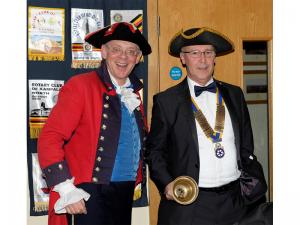 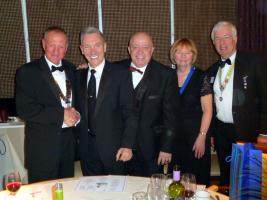 more A trip to the Leyland Trucks Factory in Leyland, 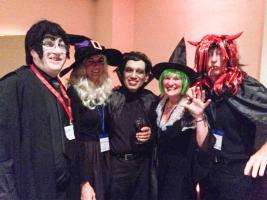 more District 1180 annual conference is held in Southport this year.

Up Close and Magic

more The 25th Annual Charter Celebrations for the Rotary Club of Southport Links was held this evening.

more A weekend of fellowship, golf, walking and shopping in the beautiful Lake District at The Miller Howe Hotel 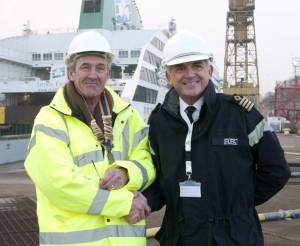 more This years Christmas Party will be held in The Balmoral Suite in The Royal Clifton Hotel. 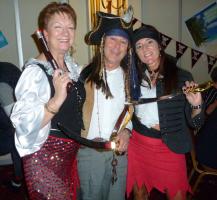 Murder on the Spanish Maine

more This years Murder Mystery Night, presented by Barrie and Sue Swan has a Pirate theme - so don that eye patch, slip on your hook and join in the fun!Click on the image for more photos

more A social has been arranged by the President's wife, Sarah. Dinner at The Cambridge House Hotel, Southport 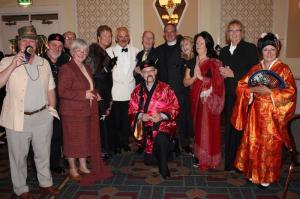 more Fun at Southport Links Rotary Club is reaching new, indescribable, side splitting heights. On 27th October 2010 a Murder Mystery was purposely scripted and directed by Vice President Barrie and his wife Sue. 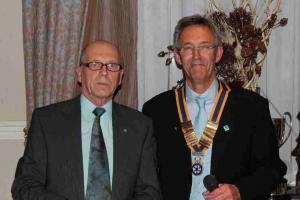 more The Rotary Club of Southport Links Ladies Night this year was held at The Royal Clifton Hotel in Southport with a theme of A Cruise Around The Med. Members, partners and guests were entertained by vocalist David Marshall and a very able dance troupe.

Treasure Hunt - at the Hop Vine

more This year, the treasure hunt commenced at Burscough Railway Station, and took us through Burscough, along the canal to Burscough Top Lock and then back into the village. The night was completed with a very good meal and drink at The Hopvine Pub.

more A night of bowls, boule and good food and drink with our partners and guests

more 2015 DG is our own Chris Sumner please make a note of the conference dates.

back The Rotary Club of Southport Links has a very active social calendar.