A Cultural exchange: Living, working and socialising in South Africa 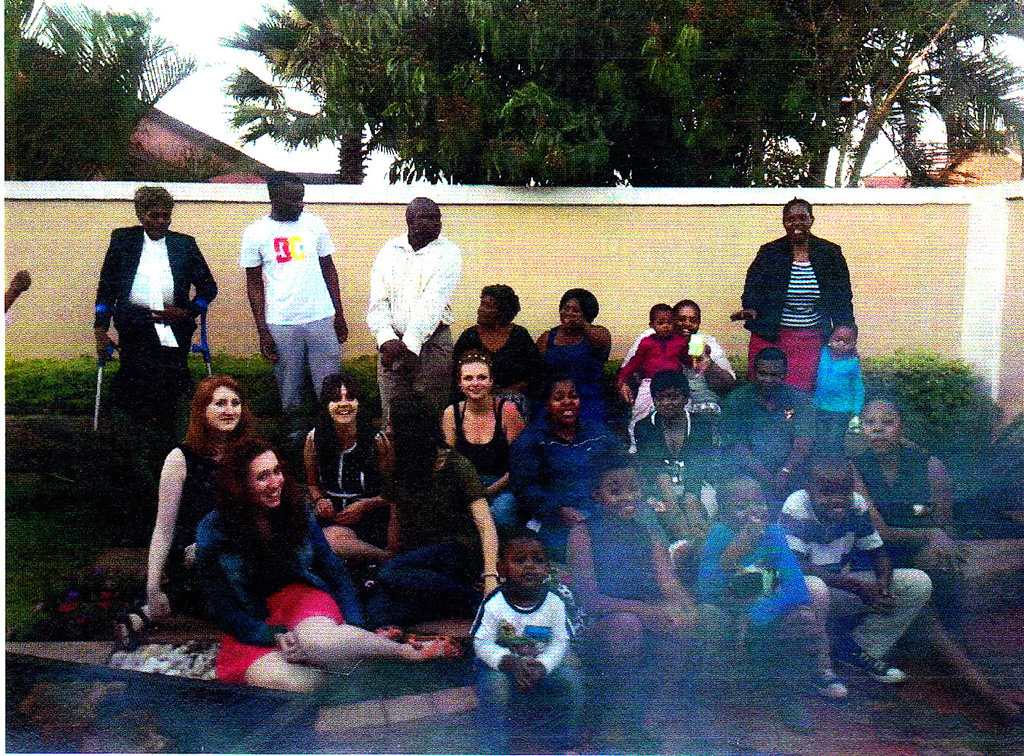 The extended family. I am the one in the polka dot dress.

I arrived at my homestay in July. I was nervous and apprehensive, furthermore all I really

wanted was my own space. The other volunteers had been placed in a guest house why did

my friends and I have to get split up. I was terrified, who were these people? I was first

Sato. There were kids everywhere as Sato playing with two elder boys Ceepay and Junior.

the next eight week. Little did I know that I would be staying with the kindest, most warm

Mama Eliza and Baba Robert are the head of the family. They made me call them mum and

dad in siswati from day one, it was weird at first but I like it now. Mama Eliza used to be a

teacher and Baba Robert owned a local taxi firm. The family are relatively well off with a

maid and two cars! Mama Eliza can drive me a little mad sometimes. Her OCD relationship

with cleaning has been irritating. I slam the fridge door too loud, a glass needs a saucer and I

need to 'turn the light of gently'. The house is also run in a very patriarchal fashion with the

women doing all the chores and the men helping little around the house. I found this

sons Kevin and Louis. Kevin has been quite defensive of a man and women's position,

however Louis seems a bit more open to change, But l guess that's their cultural Making

sandwiches for the men, washing all their plates and their clothes goes everything against I

believe in my own culture, but l've had to learn to deal with it.

ln South Africa when you get married a man will often pay the woman's family Labolla.

Labolla is a fee you pay to compensate the woman's family for the loss of their daughter. At

first I thought this sounded very archaic and slightly degrading to the woman. However,

Mama Eliza put it perfectly when we were discussing the lack of Labolla in England, 'so the

engagement ring is the Labolla' and I guess it kind of is! Mama Eliza and her sister keep

calling me makoti, it means bride, and they will tell me I must cook and clean well to receive

Labolla. This started out as a bit of a funny joke, but I started to get irritated when I realised

I was being measured as a person by my ability to cook and clean.

Mama Eliza is a warm loving character. She's been practicing her English with me and I can

say it's improved. She is always saying funny things. For example, the other week she

grabbed my clean washing as I came and sniffed my underwear announcing 'it is clean now'.

Something l would of found weird in my culture, but seems to be accepted here. Mama Eliza

and her neighbour have also enjoyed calling me 'fat now'. But again this is a part of their

well. I decided to organise with Louis and Rosette a surprise sixtieth birthday party a few 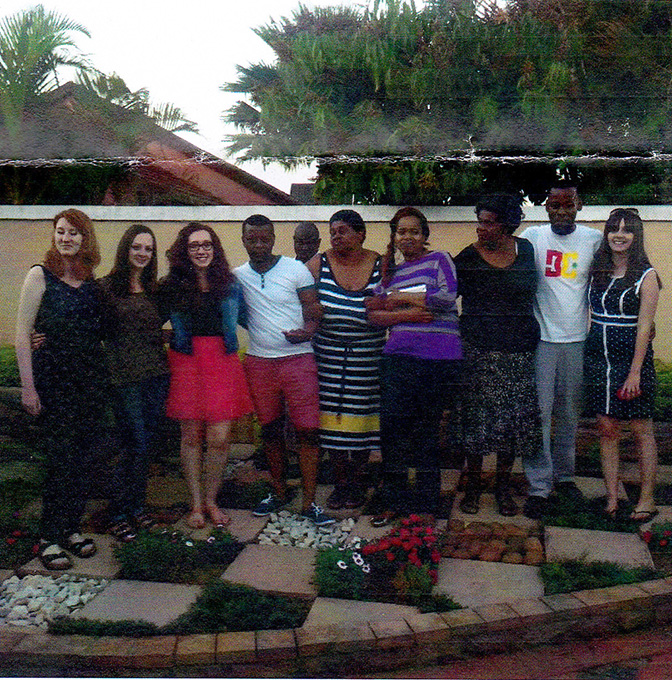 l've also really enjoyed spending time with Rosette and Sato. Rosette is 23 and her son is 2.

l'm always so happy when they are around. Me and Rosette are very good friends and I love

baby sitting Sato. l've been teaching him lots of English words and he can now count to ten

in English and say'my name is Sato'. l've also been getting him books from the library and

we've been reading along and looking at the pictures.

I love Mama Eliza's and Baba Roberts children. l've met allfour of them now. Kevin is the

officer in Pretoria. Pindeley is the second eldest and Louis is the first boy. Louis stays with

Mama Eliza and l've become really close to him. We will stay up chatting and watching films

in the front room. Last weekend I invited him on our trip on Swaziland and it was one of my favourite weekends. He was making us laugh all weekend. This was his first time out of South Africa so the trip to another country was making him very excitable. 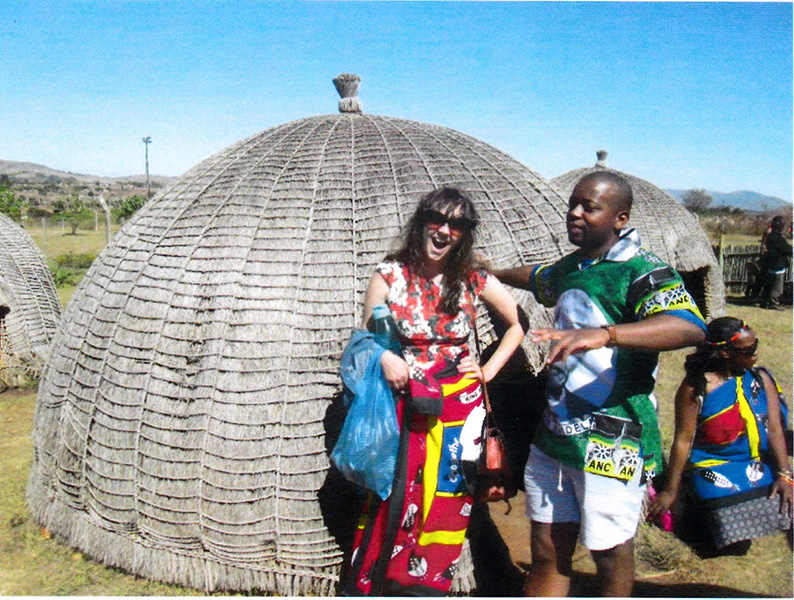 I am going to miss this family like crazy! Mama Eliza has even taken to calling me 'my

daughter' now and she has given me a Siswati name. Nghotando which means loving.

Working in South Africa has been challenging at times. The pace of life is one thing I still

need to get used too. When you call a meeting at three expect it to be conducted at five and

really l'm just walking at a normal pace. Sometimes in the mornings I will be rushing my

food to get to a meeting and she will tell me to stop running and relax. I suppose that is

something I do need to do more!

We've really enjoyed working in the schools with the children. Their quality of life is so

different to ours and the education system is extremely poor. Lessons will often be

suspended because teachers feel like it. The class sizes are around 40 to one teacher and

there is no one to help the struggling learners. We work in primary schools, but it is

common to hold learners back until they are at the right level. Thus there are L7 and 1-8 year

old learners at school who still can't read. This is where we come in as we have been trying

to aid the struggling learners individually.

miss them all when we go! 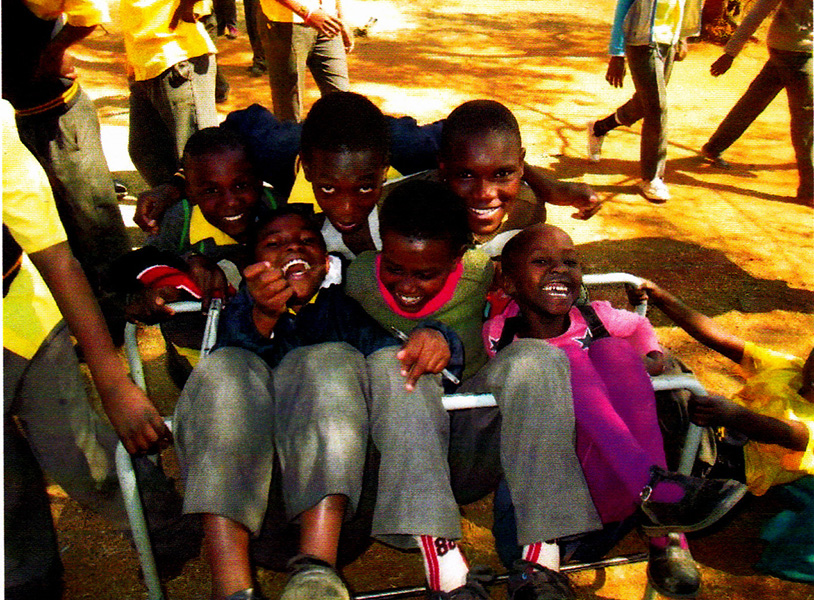 The volunteers and I have been staying in the local township, which is an all-black area.

However, we have managed to make some friends outside this community and with some

Afrikaans people. lt's been so interesting to witness the legacy of apartheid. The people we

are friends with are in no way racist, but some others we have met can be extremely solThe