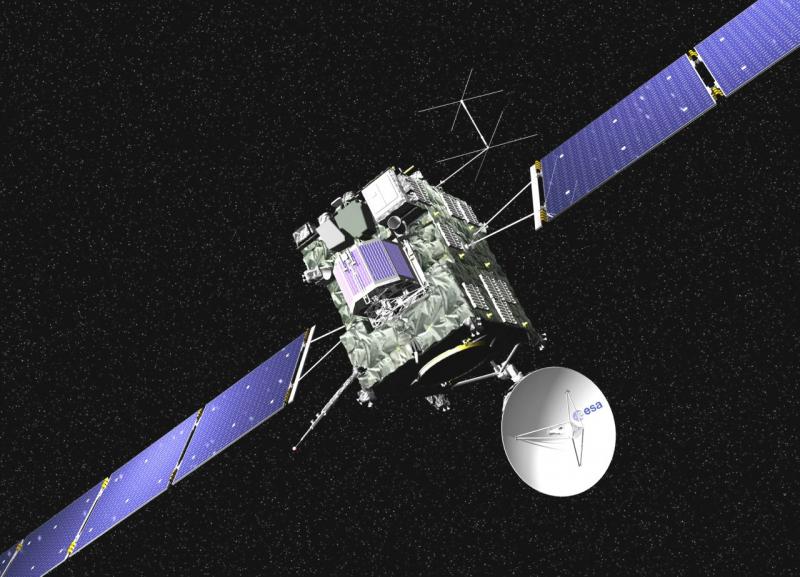 Susan McKenna_Lawlor is Emeritus Professor at Maynooth University. She is also founder and Managing Director of Space Technology Ireland Ltd (STIL) which builds instrumentation for space missions. She has been involved with various experiments flown on European Space Agency, NASA as well as Chinese, Indian and Russian Space Agency missions.

Her presentation covered the very exciting Rosetta mission, a robotic space probe, launched in 2004 which landed on the 67P comet last November. An astonishing achievement considering the comet is 520 million kms from earth and travelling 40 times faster than a speeding bullet while spinning furiously!

For Rosetta, her company designed, constructed and tested the onboard Electrical Support System (ESS). This system plays a key role in passing commands and data between the Rosetta spacecraft and the instruments on the Lander probe. Since the success of the Lander depends on the successful acquisition of scientific data from the comet nucleus, the ESS is mission critical hardware. Unfortunately, the Lander 'bounced' on landing and is currently in the shadow of a rockface and as it doesn't receive sufficient sunlight to to power it's cells, the decision was taken to put it into hibernation. There is a small chance the Lander will get some sunlight later this year as the comet nears the sun. In the meantime the Rosetta spacecraft continues to collect valuable data as it conducts fly-bys.

By gathering information from the comet, it is hoped that the Rosetta mission will provide important insights into the formation of our solar system. "Comets have preserved a record of the early history of the solar system some 4.6bn years ago because they spend almost all of their lifetime in a 'deep freeze' at about one light year distance from the sun," Susan explained to us. "Due to a chance gravitational wobble a comet can be deflected into the inner solar system. It is very exciting to have such a unique opportunity to study materials that drove the evolution of the solar system."

We were honoured to have such a distinguished speaker who explained in a very clear and intersting way how such an important mission was conceived and is being conducted and the critical part Irish technology is playing in its success.