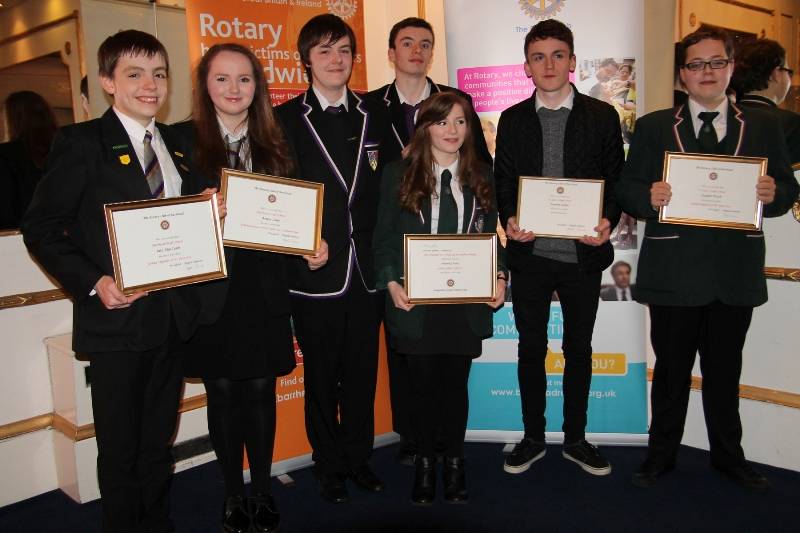 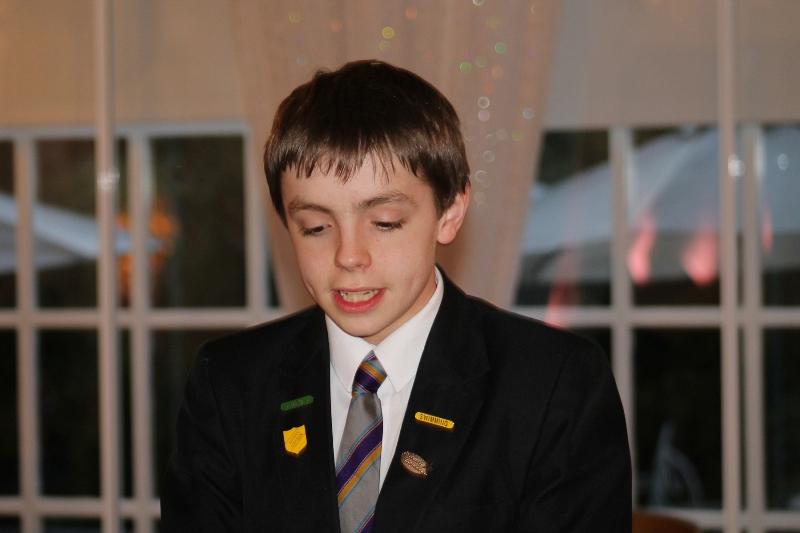 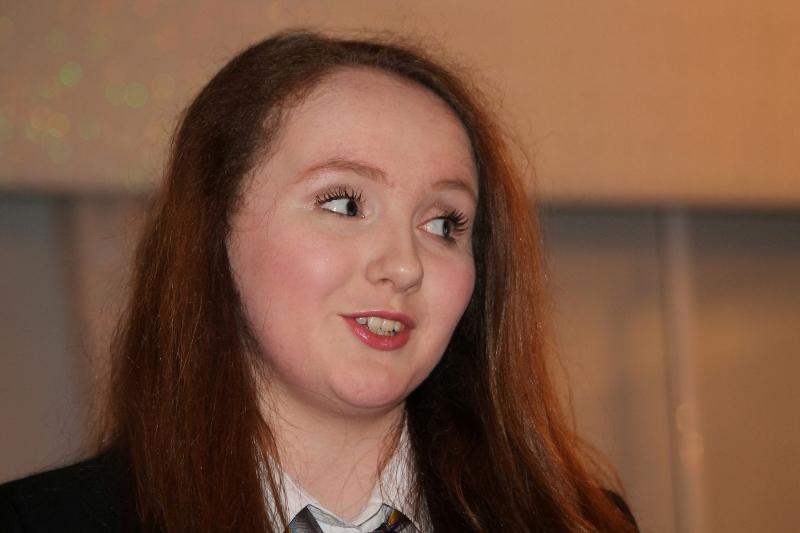 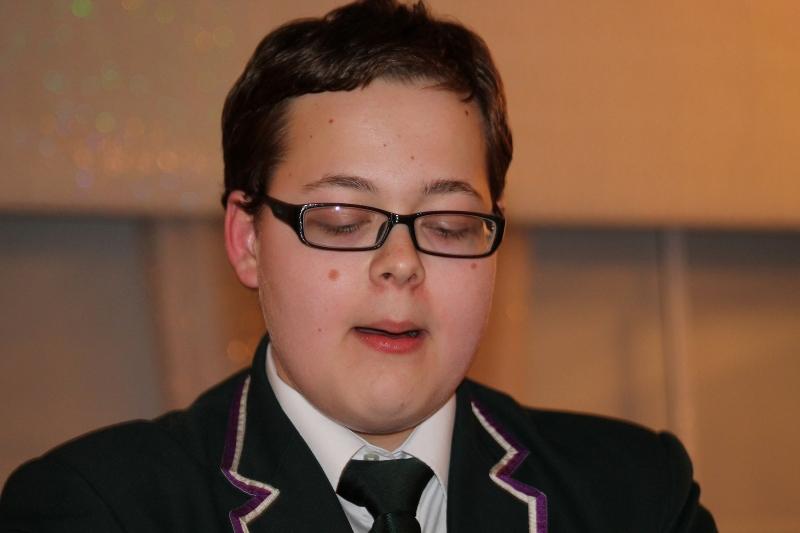 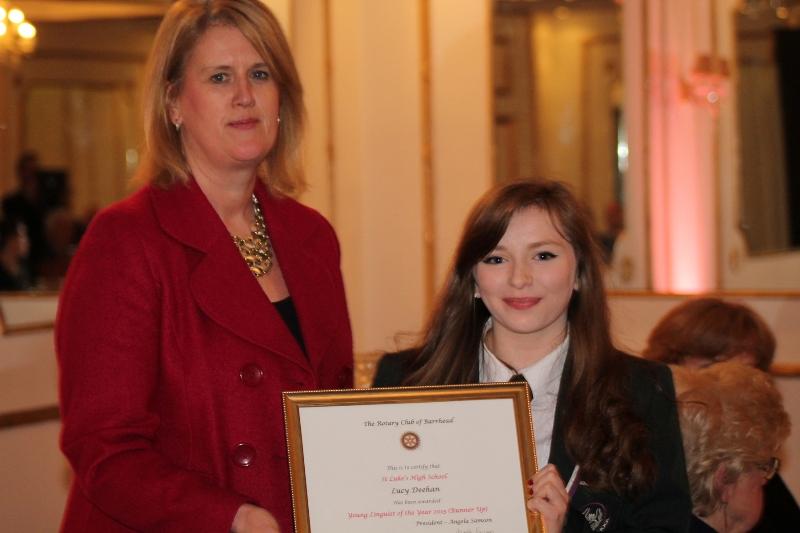 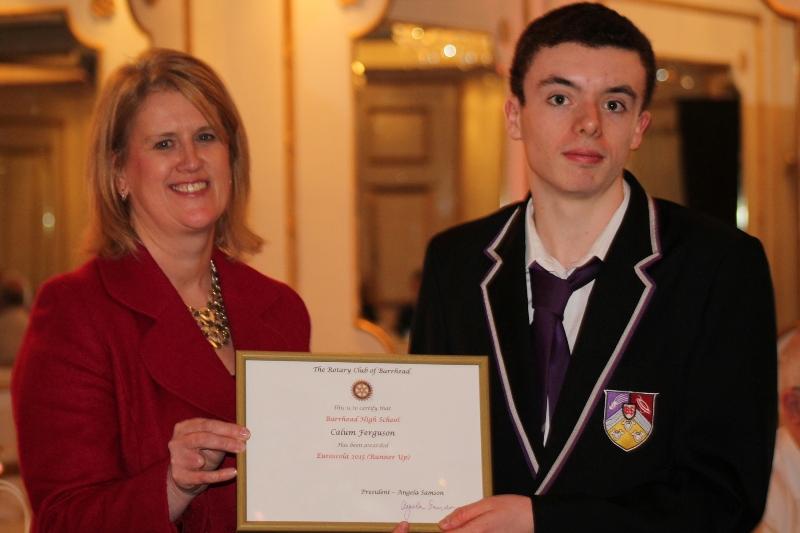 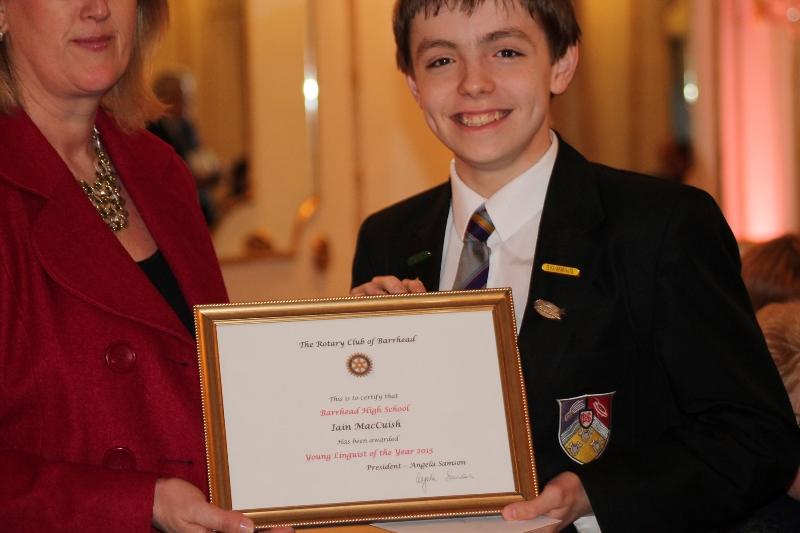 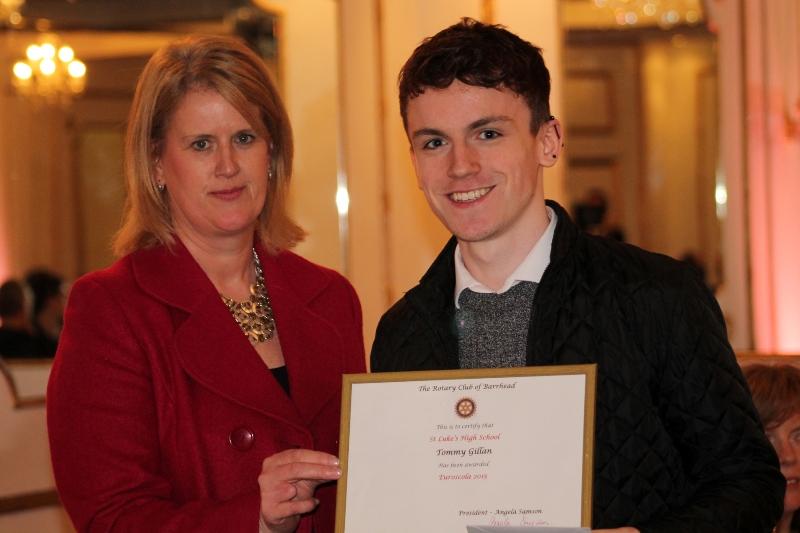 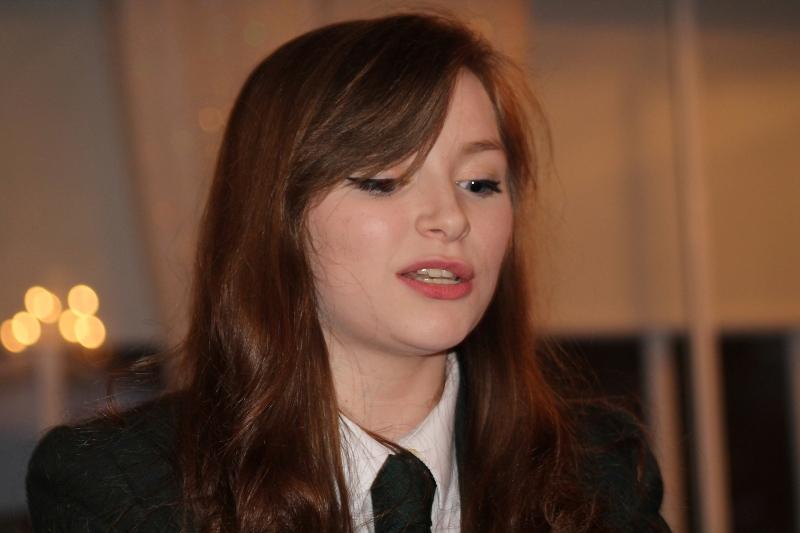 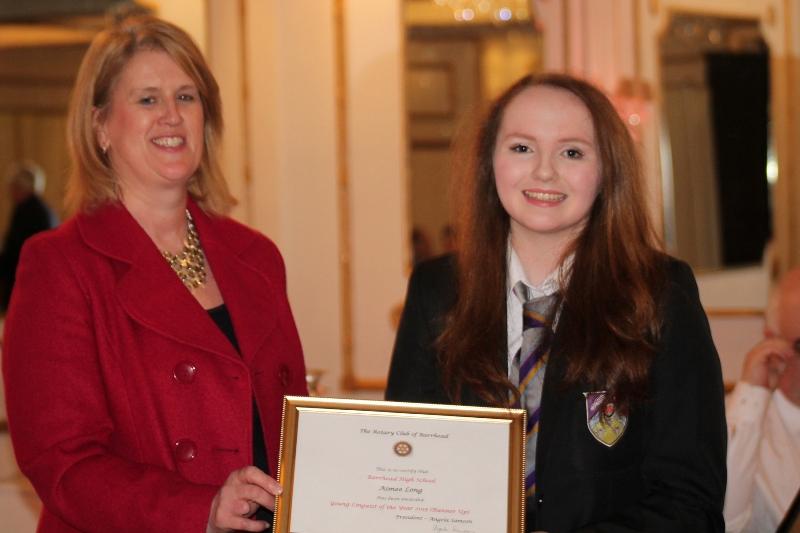 The Rotary Club of Barrhead celebrated the fourth anniversary of their Young linguist Awards at a recent meeting of the Club when the international aspect of Rotary was very much in evidence.

Pioneered by the club these awards have proved to be very popular. Before a large gathering including the Andy Sinclair  head teacher  of Barrhead High and  Bernadette Mooney representing  Patricia Scott, head teacher of St Lukes, members of the foreign language departments and many family members, Past President Christine Niven presented the awards for 2015.

The international flavour continued when the focus was on the Euroscola 2015 awards when Sarah McColm, a member of staff at St Lukes spoke about the experience the young people gain on their visit to Strasbourg. Calum Ferguson, Barrhead High received the runner up award and Tommy Gillan was recognised as the Rotary Club of Barrhead Euroscola 2015.

Tommy  gave an interesting talk about his time in Strasbourg and everyone was delighted that he and another candidate had been chosen to speak on behalf of the Scottish contingent at the European Parliament.

French language Assistant Caroline Moreno spoke about where she had grown up. Tina Quin gave insight into the teaching of Mandarin, an initiative which is taking place in both schools in Barrhead and Barrhead High sixth year pupil Craig Trench spoke of the time he spent in China last July learning Mandarin.