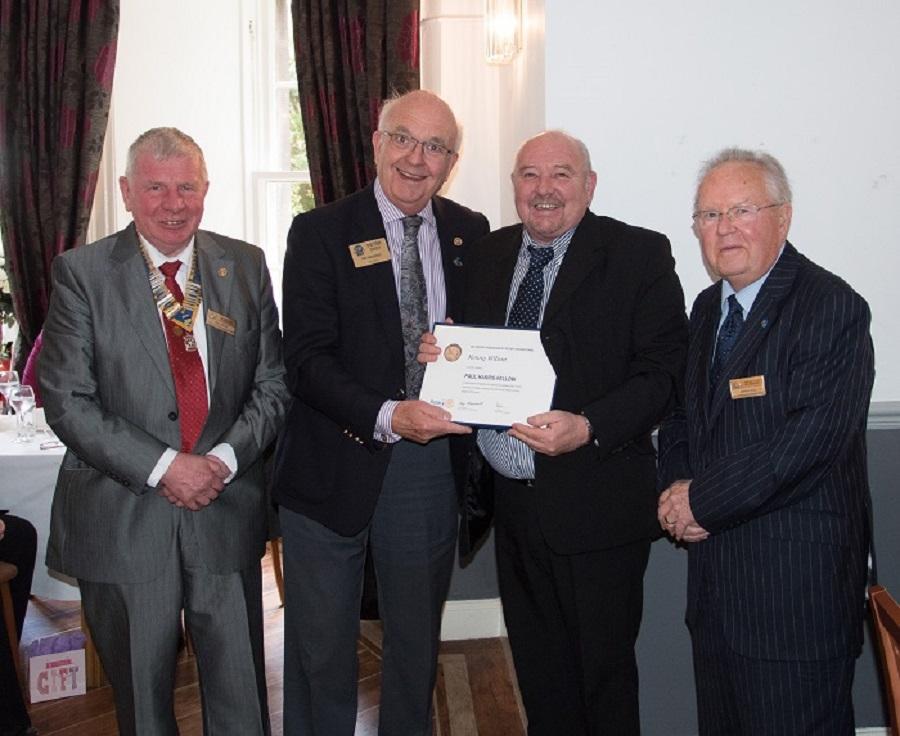 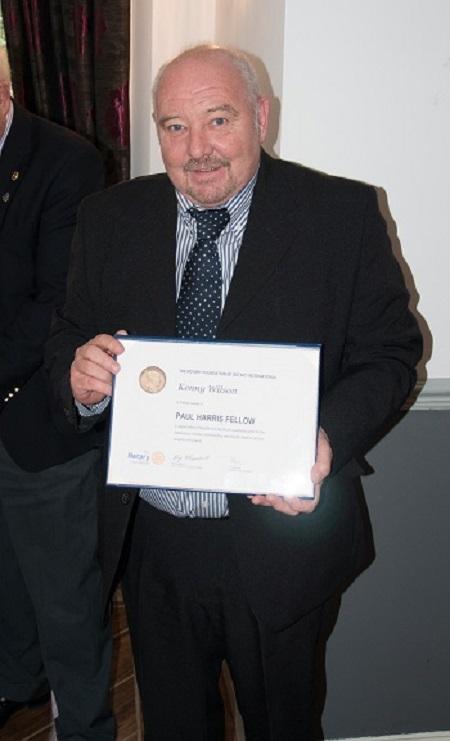 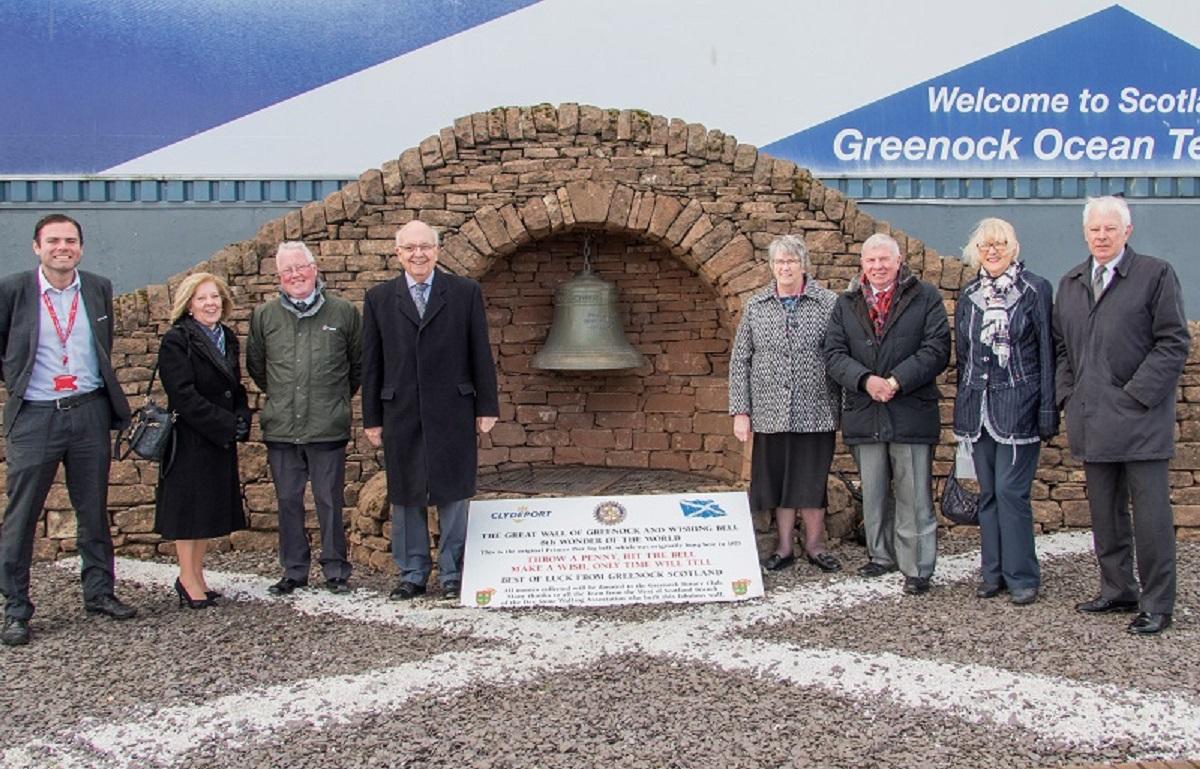 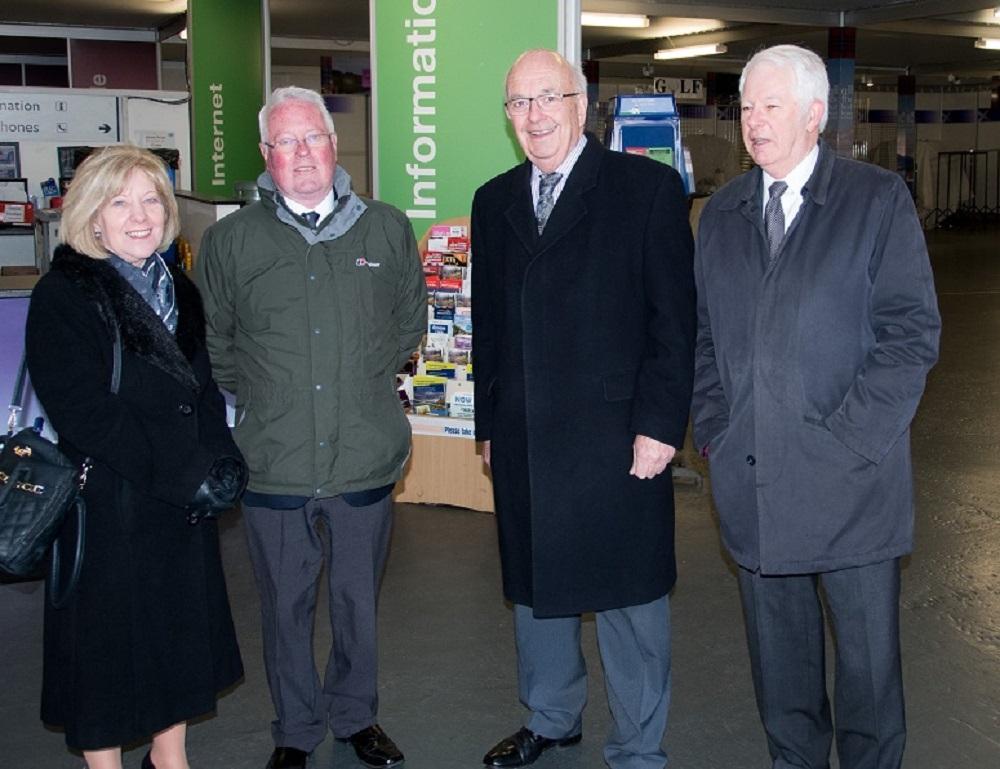 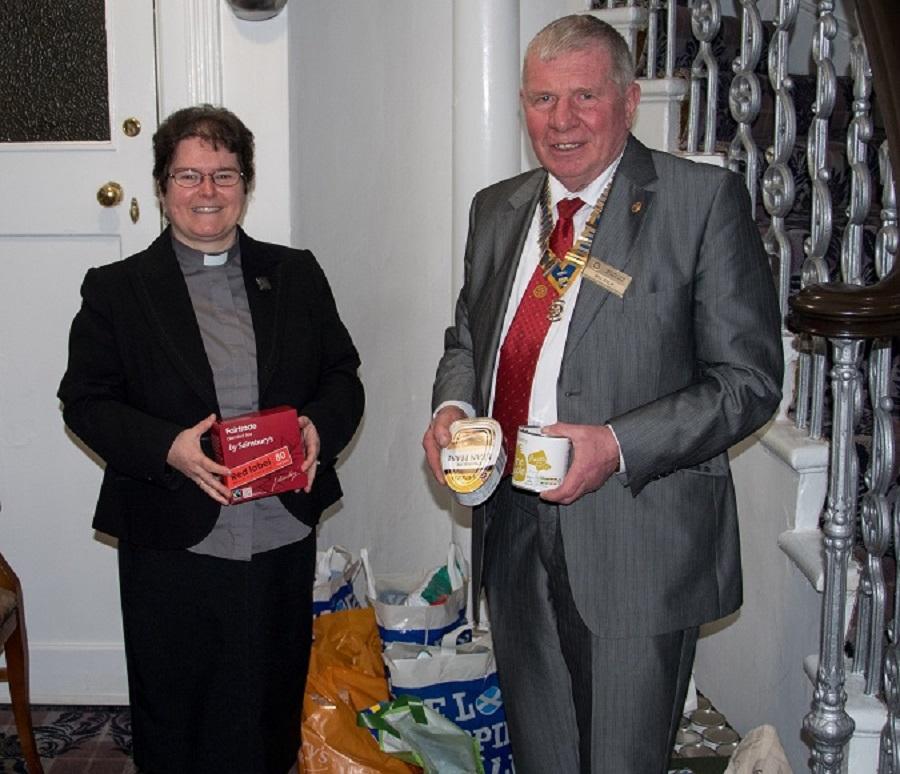 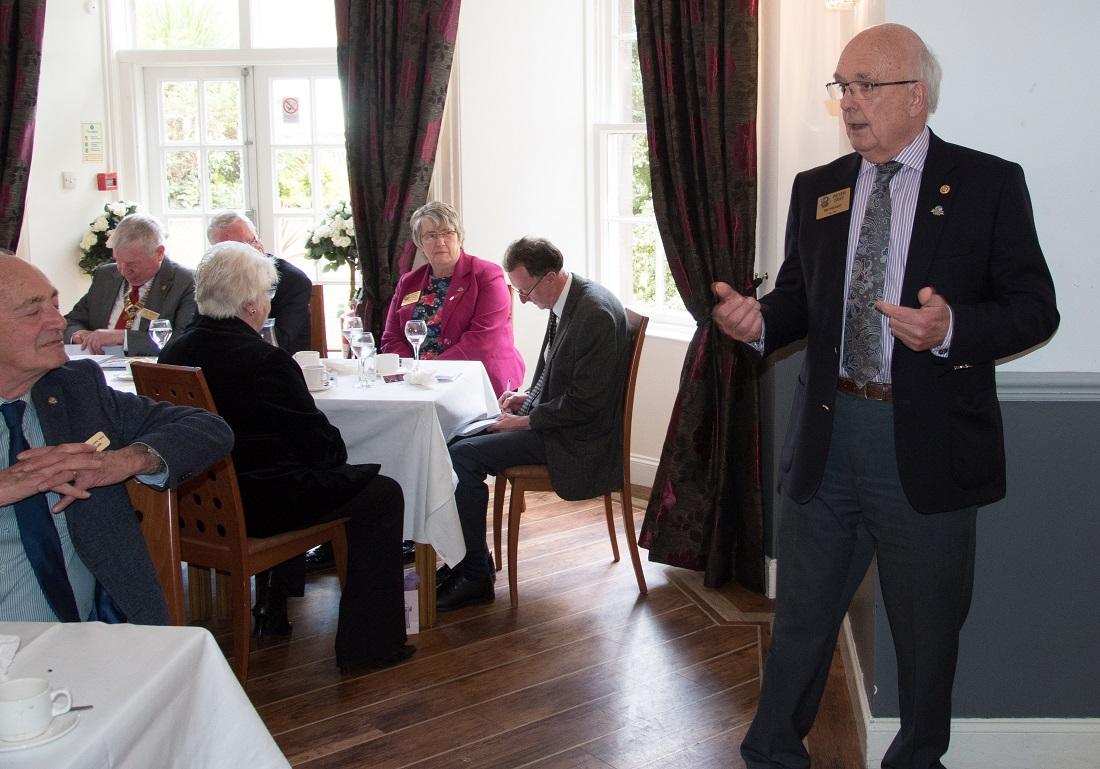 Greenock Rotary Club was honoured by  a visit by Rotary GB&I President Peter Davey and his wife Rotarian Sandra Davey.

DGE Bill Campbell and numerous Rotarians from around the district also attended.

Craig Collins, Manager of Clydeport, presented President Bill with a cheque for £500 from the Wishing Bell.

Rotary GB&I President Peter presented a Paul Harris Award to  Kenny Wilson in recognition of the many charitable contributions which he makes in the district.

Peter went on to give speech which was warmly received by all present.

Presentations were made to Peter, Sandra and DGE Bill Campbell.

Whilst there was a lot of praise for the home baking which was available at the Rotary Coffee Morning, the Guinness Fruit Loaf baked by Rotarian Lynne Chambers,was tremendously popular. Lynne has allowed me to display the recipe which she uses below.

Greenock Rotary support the Shoebox Project for the seventeenth year.

Committee Convenor, Lynne Chambers, invites you take a look at the goals of her committee and some of the events which they have undertaken.

Committee Convenor, Mike Kimpton, invites you take a look at the goals of his committee and some of the events which they have undertaken.

We welcome new members, to ensure that they know the club’s policies and procedures, and to help them become involved.