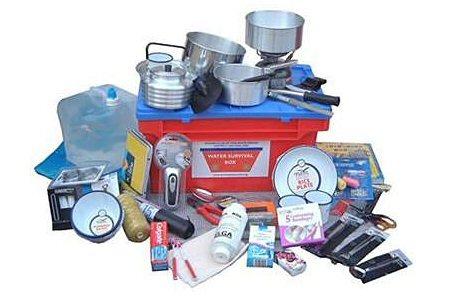 After hearing the magnitude of the earthquake damage, the club undertook several initiatives:-
1)  WFRC responded immediately by sending £540 to Worldwaterworks aquaboxes     (as advised by District, and on the basis of information of local Nepal Rotary ).

2)  Our local primary school kids, teachers, and parents at Crossford were minded to  help Nepal kids, and WFRC guided  them to purchase a Shelterbox tent for £590. The funds were raised by the school kids through car washing, and a story along with a photo of the Shelter tent erected in the school hall was sent to the local media.

3) The Shelter tent, and the story of Crossford Primary School kids thoughtfulness, will feature at the Crossford Gala on Saturday 6th June where the Club had a presence with a stall and then

4) The Shelter tent, and the story of Crossford PS kids project , will feature at the Cairneyhill Gala on the following Saturday. Hopefully other kids and adults may be inspired to help with Shelterbox, and to join Rotary's efforts.

The enormity of this disaster is such that there has been an appeal for donations to cover the cost of a further 500 Water-Survival Boxes (£75,000) so that further aid can be sent to Nepal and rebuild stock in preparation for future disasters.

Donations can be made by bank transfer to:

Donations from outside Great Britain should include: