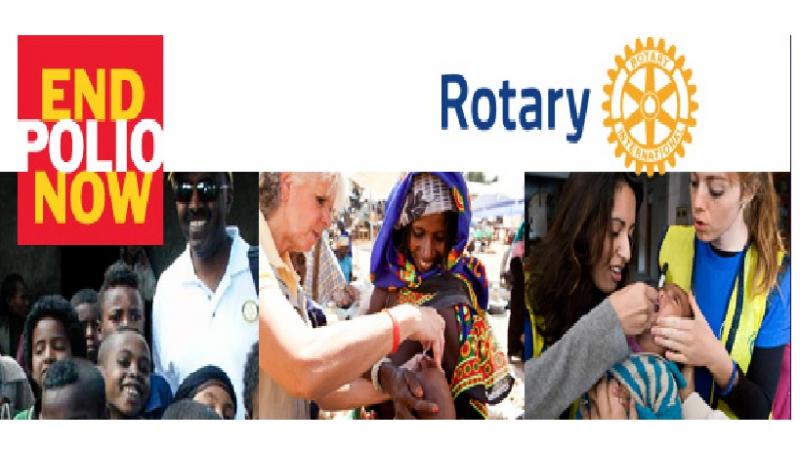 Rotary International in Great Britain and Ireland has joined forces with the Royal Horticultural Society (RHS) to plant over seven million purple crocus corms across Britain & Ireland as part of their Purple4Polio campaign to raise awareness and funds for End Polio Now.

The planting will also see the announcement of three new Rotary Purple4Polio Ambassadors including Paralympian, broadcaster and polio survivor Ade Adepitan. Ade contracted polio in his home country of Nigeria when he was just one year old and as a result has worked tirelessly in the fight against the crippling disease.

Ade will be joined by TV presenter Konnie Huq who became a Rotary Purple4Polio Ambassador earlierin the year, and two other new Ambassadors being announced today, broadcaster and author Julia Roberts and Paralympian Anne Wafula Strike MBE.  They both caught polio in their early years and are committed to supporting Rotary in its work to end polio in the world now and forever.  Konnie has previously travelled to India to take part in administering immunisations against the disease and witnessed first-hand its devastating effects.

All of these ambassadors, along with existing ambassadors Chris Tarrant, Alan Titchmarsh and legendary singer Donovan have different personal stories to tell but are united in their passion to support the Rotary Purple4Polio campaign till the job is done and the world is declared polio free.

The mass planting of purple crocus corms is designed to raise awareness of the fight to eradicate polio and help ensure that more people in more communities can experience the many positive health and wellbeing benefits of gardening. . The purple crocus being planted symbolises the purple dye placed on the little finger on the left hand of a child to show they have been immunised against polio.

RHS Head of Community Outreach Andrea Van Sittart adds, “That the RHS can help raise the profile of the work Rotary does to eliminate polio is a source of pride for the RHS Britain in Bloom groups and others who work tirelessly to improve their communities through gardening.”

President of Rotary International in Great Britain and Ireland Eve Conway explains, “The world stands on the brink of a historic milestone and it is so inspiring to see so many people in so many communities getting involved in the final push to eradicate this disease to ensure a polio-free world. We are now so close to finishing the job with only three remaining countries where polio is still endemic, Pakistan, Afghanistan and Nigeria and incredible efforts such as this are so important to raise awareness and funds. It has never been so critical to complete what we started, as whilst there is a single case of polio anywhere in the world children everywhere are at risk, and finishing the job is simply our only option.”

In 1985, when Rotary International committed to eradicating the disease, polio paralysed more than 350,000 children every single year in 125 countries – or about 1,000 children per day. Since that time, the number of polio cases has been reduced by 99.9%, with just 74 cases in the whole of 2015 and only 34 cases in just three countries in 2016 to date. [For up to date figures please visit: http://polioeradication.org/polio-today/polio-now/this-week/]

Rotary throughout the world has directly contributed more than $1.6 billion to ending polio through its End Polio Now campaign and over $7.1 billion indirectly through its advocacy work with governments, philanthropists and other donors.  At the moment all funds raised by Rotary everywhere are tripled thanks to the Bill & Melinda Gates Foundation so literally every single £1 raised becomes £3. Every single £1 really counts as it effectively provides oral polio vaccine for 5 children.

Paralympian, broadcaster and Rotary Purple4Polio Ambassador. Ade contracted polio in Nigeria when he was just one year old and has made a number of documentaries to raise awareness of the fight against the disease.

TV Presenter and Rotary Purple4Polio Ambassador. Konnie travelled to India with Rotary in 2009, where she took part in a key immunisation process, which was featured on BBC News.

Paralympian and Rotary Purple4Polio Ambassador. Anne contracted polio in Kenya when she was two and a half years old but went on to become the first Kenyan wheelchair racer to represent her country before becoming a British Paralympian.

Broadcaster, author and Rotary Purple4Polio Ambassador. Julia contracted polio when she was just 14 months old but went on to become a professional dancer, which kicked off a long and successful career in the entertainment and broadcasting industry.

Rotary International in Great Britain and Ireland. Eve launched the Purple4Polio campaign at the start of her presidential year, after working tirelessly for a number of years in the fight against polio.

Rotary International in Great Britain and Ireland is a volunteer organisation where members use their skills and time to improve the lives of others locally and globally, while building friendships and having fun in the process. There are nearly 1,800 Rotary clubs across Great Britain and Ireland and about 50,000 members. Rotary International was founded in 1905 in Chicago and is now the world’s largest international service organisation with over 1.25 million professional men and women as members. There are 34,000 clubs in more than 200 countries and geographical areas.

About the RHS
The Royal Horticultural Society was founded in 1804 by Sir Joseph Banks and John Wedgwood to inspire passion and excellence in the science, art and practice of horticulture. Our vision is to enrich everyone’s life through plants, and make the UK a greener, healthier, happier and more beautiful place. We believe everyone in every village, town and city should benefit from growing plants to enhance lives, build stronger, healthier, happier communities and create better places to live.

We held our first flower shows in 1820, were granted a Royal Charter in 1861 and acquired RHS Garden Wisley, our flagship garden, in 1903. From our first meetings in a small room off London’s Piccadilly, we have grown to become the world’s largest gardening charity. At our gardens and shows and through our scientific research, publications, libraries and our education and community programmes we inspire a passion for gardening and growing plants, promote the value of gardens, demonstrate how gardening is good for us and explain the vital roles that plants undertake.

The RHS is committed to bring the joy of gardening to millions more people, inspire the next generation of gardeners and invest in the future to safeguard a £10.4 billion industry employing more than 300,000 people. We are entirely funded by our members, visitors and supporters. RHS membership is for anyone with an interest in gardening. Support the RHS and help us secure a healthy future for gardening. For more information call: 020 3176 5820, or visit www.rhs.org.uk/join 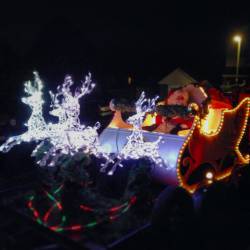 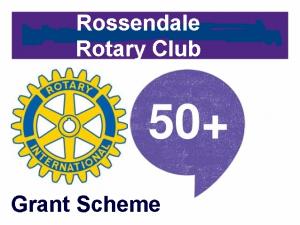 more Rotary club of Rossendale grant scheme for projects to mainly benefit the over 50"™s in the BB4 postcode area. 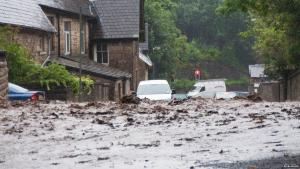 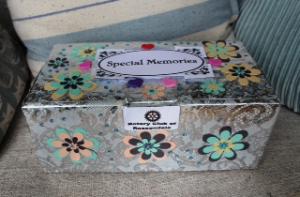 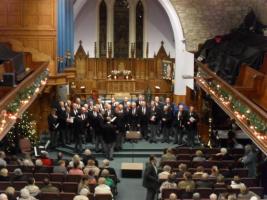 more Some of the club's community activities

The work of the club

back What we do