We judged our round of the Young Musician competition today in front of a small local audience. 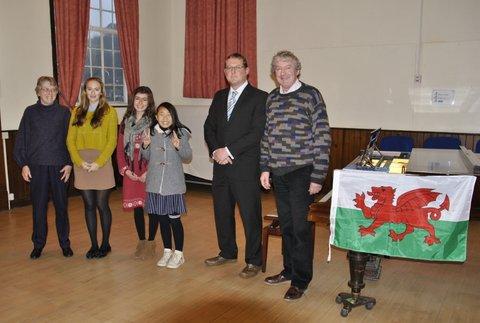 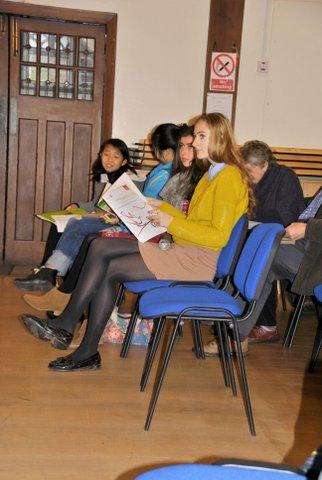 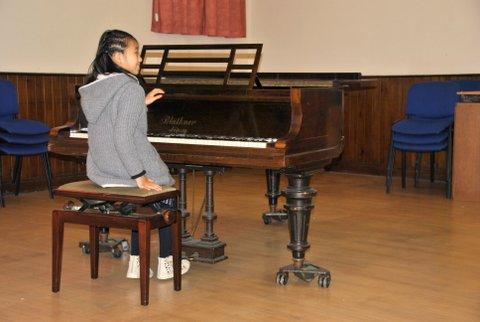 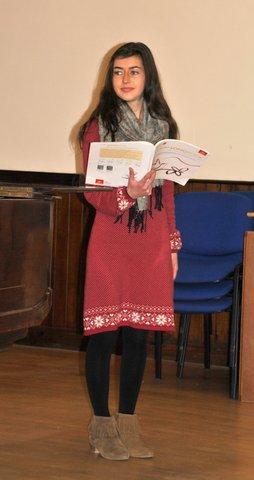 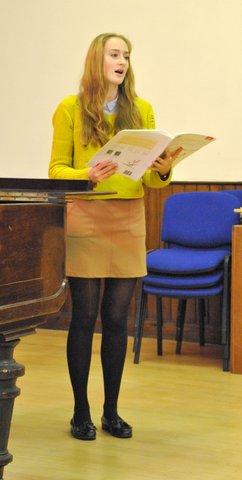 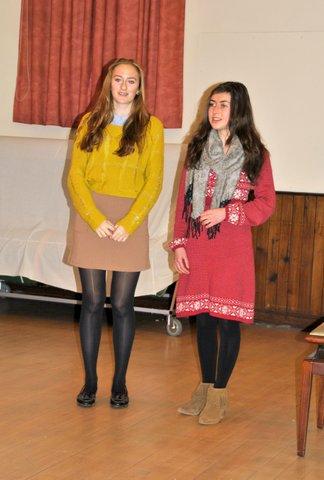 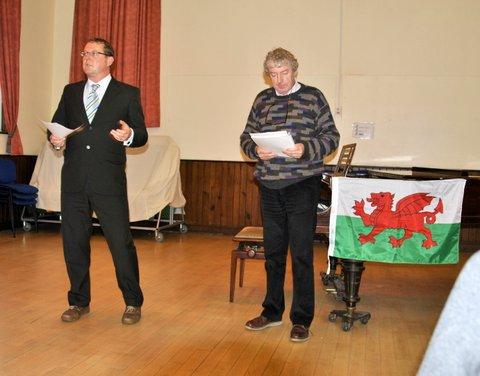 We were proud to welcome three talented students from Bedstone College to compete in the first round of Rotary's Young Musician competition, held in the form of a concert at St Edwards Church Hall in Knighton. Unfortunately two students could not compete due to ill health but the three remaining competitors gave high quality and polished performances, which impressed both the audience and the judges Roger Brown and Graham Tew. The afternoon started with 10 year old pianist Lydia Shen giving an exciting performance of a Schubert impromptu followed by a moving rendition of Gershwin's "September in the Rain" all without music. Then followed singer Amy Watkins with delightful performances of "The Silver Swan" ( Orlando Gibbons and "Where'er you walk" ( Handel ). The final contestant was Annika Kindermann with her confident rendition of two German songs "Hirschlein ging im Wald spaazieren" ( Peter Cornelius ) and "Deine blaues Auge" ( Brahms). After a cup of tea Annika and Amy did two impromptu duets which were very enjoyable. The judges then gave their verdicts in a very encouraging and constructive way which was much appreciated by the competitors. The winner of the instrumental section was Lydia Shen who, though the only competitor in this section, was deemed suitable to go forward to the next round in Llandrindod Wells in February. The winner of the vocal section, after much deliberation by the judges, was Annika Kindermann who will join Lydia in the next round of the competition.

Many thanks must be given to the judges Roger and Graham, the accompanist Kristina Norton and to the small but very appreciative audience who came out on a miserable afternoon to give support and encouragement to three talented young musicians. We look forward to supporting the winners in the next round of the Rotary Young Musician competition! 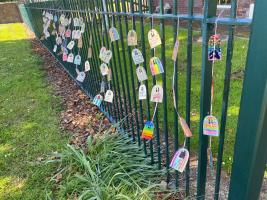 more You can read more about how this has occurred below...

We display the photos from the Young Photographer competition

more Our Young Photography Competition is back! Read how your youngster can get involved here.....

OUR YOUNG PHOTOGRAPHER COMPETITION IS UP AND RUNNING

more "Nature on your Doorstep" is the theme for our YOUNG PHOTOGRAPHER competition running until March 22nd... 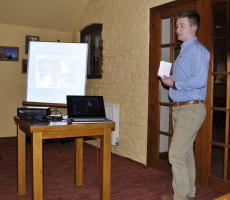 Dinner and RYLA speaker at the Baron 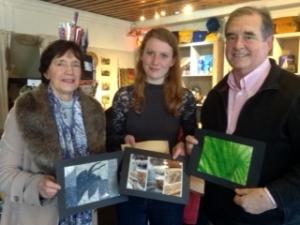 more What a great afternoon this was. Three talented instrumentalists and two delightful singers showed the assembled audience how good they were.

more Two free places for 16 and 17 year olds are available for Rotary's Youth Leadership ( RYLA) camp in the Brecon Beacons in the week July 30th to August 4th 2017. 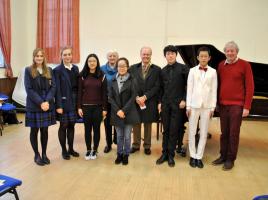 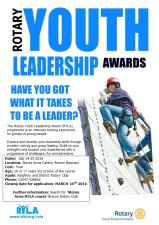 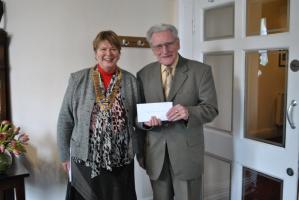 more We were hoping to support young local musicians by holding this event at the St Edwards Church Hall this afternoon. However we had no interest so sadly have had to cancel this event. 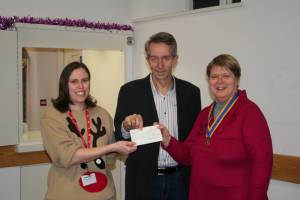 more Incoming President Sheila presenting a cheque for £150 to representatives of the Leintwardine Youth Group.

Our support for the Teme Valley Youth Project

more Following a talk from Natalya Cummings in February we were inspired to support the work of this charity based in Wigmore.

more Through the Knighton and District Twinning Association we are part sponsoring a group of students from the Primary School on their trip to Varades in France. 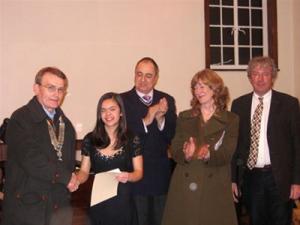 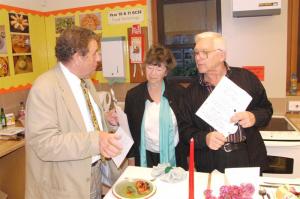 more Photos from our Club round ... see report in the Club Action Group section.

more To be held at the St Edwards Church Hall in Knighton - time to be confirmed. 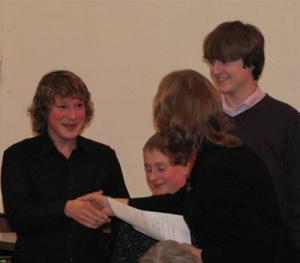 more Our Club round of this event was very successful and enjoyable.

more 13 year old harpist Hanna Allaway was the winner of our Club's round of the Rotary Young Musician competition. She is here being presented with her certificate by judge Mr. Graham Trew. 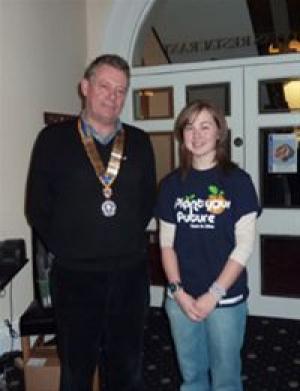 more On January 5th Stephanie gave a talk about her trip to plant Hurango trees in Peru.

more Chanita Kruss came from Pretoria on a New Generations exchange between June 7th and July 13th 2011. read of her experiences below.

more After a excellent talk in June, club members agreed to support her experieces with the NCO to the tune of £100. Find out more in the article below. 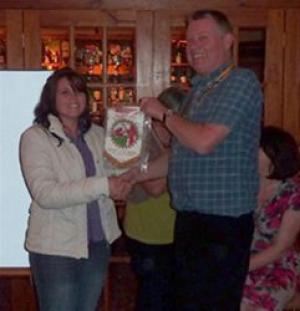 more Chanita Kruss came from Pretoria on a New Generations exchange between June 7th and July 13th 2011. Her visit to our Club was on June 15th - her second was on June 29th and the third in July 6th.

more Junior, Intermediate and Senior pupils in local schools are invited to enter this competition.

back We are always looking for projects involving young people that we can support.....