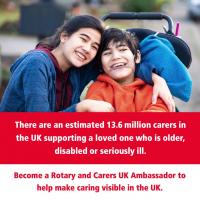 Could you spare just a few hours to help spread the message about the great work that Carers Wales do in our communities? 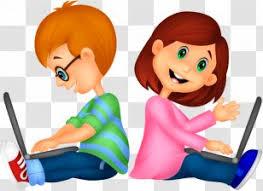 Under the current circumstances school pupils have to do much of their learning online, but there are many who are disadvantaged by having no access or shared access to their essential learning. These Rotary projects are trying to help. 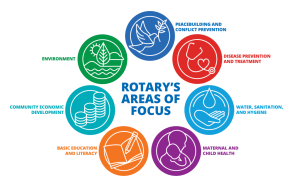 A Showcase of useful contacts

RC Abergavenny Return visit to Abergavenny by Rotarians from Jaroslaw Rotary Club in Poland on 19-22 August 2022. Itinerary available in the members area. Pictured are three Abergavenny Club members on their visit to Jaroslaw in June 2022.

RC Cowbridge A fun day out for you and your dog. Registration form for all categories is now available.

Looking for a New Opportunity?

Rotary is a worldwide service and networking organisation.  Rotary opens opportunities for you to develop your skills, serve in a project as big as our Polio Eradication Project or become involved in the local community, where you could be supporting your local food bank or planting a tree.  If you think Rotary could be for you we would love to hear from you soon. More...

View the polio video by Past RI President Mehta - watch the video here.

Wayne takes over as our District Governor 2022-23 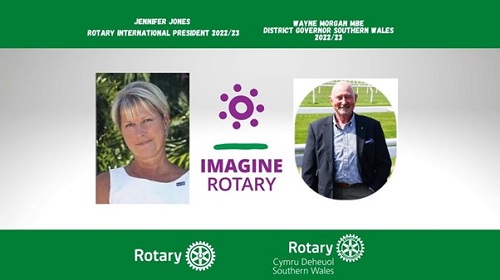 Congratulations to my good friend Wayne Morgan on becoming our District Governor in Southern Wales.  I Imagine Rotary will be in good hands for the next twelve months.  As your DGE I will support you all I can.  Welcome to the DGN role to Malcolm Hallewell and the rest of the District Team.  With our leader Jennifer_Jones.pdf at the helm, it can only mean good things. #ImagineRotary  We are also super excited to have our Nicki Scott as VP.  A very exciting time for Rotary.   Good luck team Jen & Nicki from us all in Southern Wales. 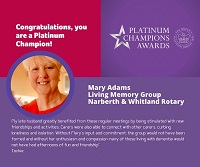 CONGRATULATIONS To Our DGE Mary

More than 3,000 nominations, 470 Awards from across the UK, 23 from Wales and Mary is honoured by The Queen as a Platinum Jubilee Champion.  Mary was presented with her very special Platinum Champion’s Award by the Queen’s representative Sharron Lusher MBE DL during an event with the Living Memory Group.

Mumbles Rotary Leave a Lasting Legacy of the Platignum Jubilee

The Jubilee Arch is an archway placed at the entrance to Southend Gardens decorated with children’s drawings celebrating 70 years of Queen Elizabeth’s reign. More... 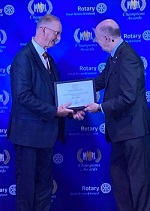 Jim Price of Barry has received a national award in recognition of his work with young carers in Cardiff.  Jim was nominated for the prestigious Community Champion award which is promoted by Rotary International in Great Britain and Ireland by Cardiff East Rotary.  More... (apologies under construction)

On the 23rd through to the 24th of February, Rotary in Southern Wales tech team supported the 24-hour Rotary worldwide event, where every hour, Rotary in different parts of the world following the sun, showcased peace presentations.  This became extremely pertinent as our Rotary in Action for Peace session led by PDG Alison was followed by Ukraine and our hearts and prayers went out to them as they outlined their worries and concerns amidst the real-time events of the invasion. 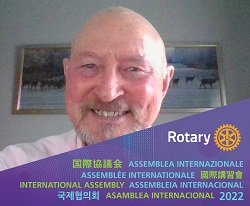 "DGE Wayne Morgan from Bridgend Rotary attended the virtual International Assembly.  He was representing our District across the world working with RI President-Elect Jennifer Jones and many other leaders" 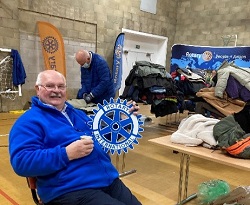 Eight Rotary Clubs based in Cardiff will come together in October and November 2022 to run the “Wrap Up” project to collect and deliver warm coats to those in need. Could your Club take part in 2022-2023? More ... 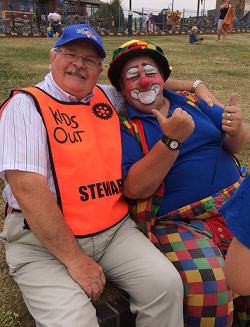 This is the biggest single outing for disadvantaged children.  Restarted in June 2022 More...

“As far as the authors are aware all content is copyright-free or has permission for use, if this is not the case, please contact us and that content will be removed.”