Saturday Night At The Horwich Palladium 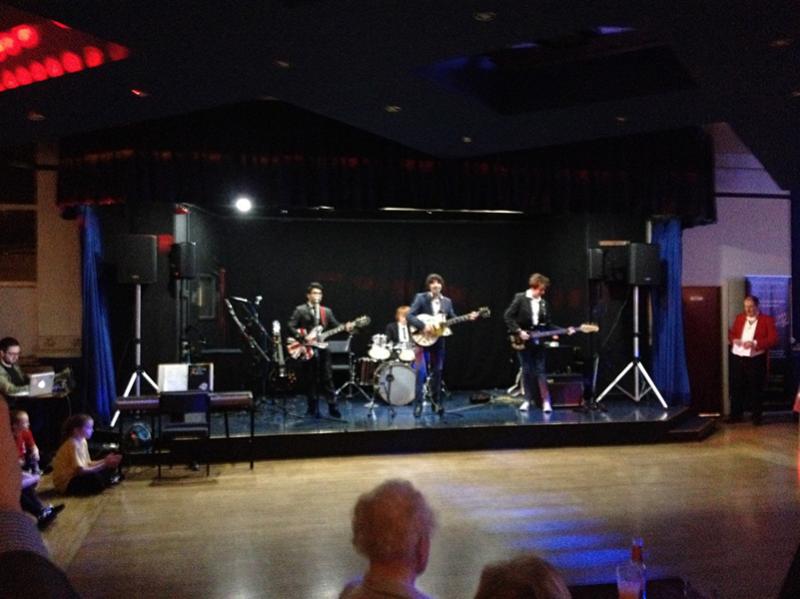 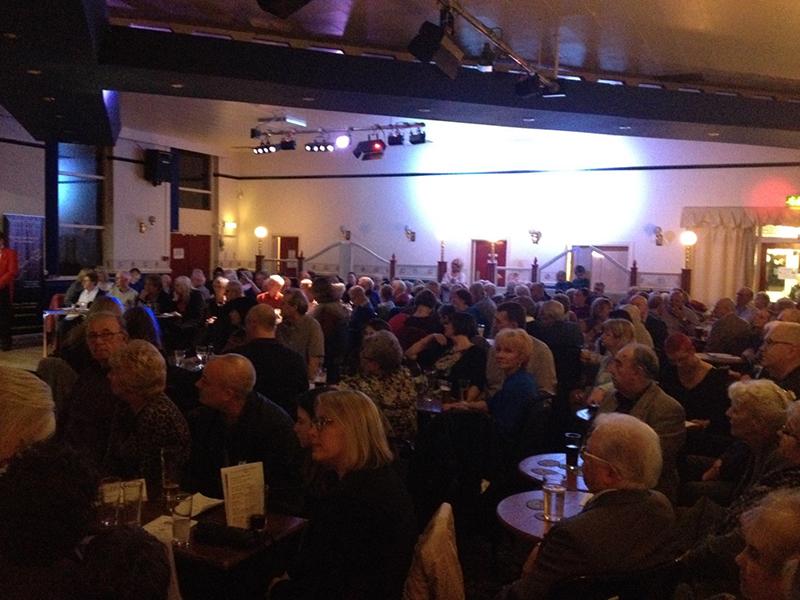 Well if you didn’t attend you missed a really excellent show, organised by the Community Committee and the aim was to have a fun social evening and if possible to raise funds for the Club. Those who did attend will agree the aims were met in full.

It must be remembered that all the performers were amateurs and they gave up their Saturday night (and many of them their Saturday afternoon to rehearse). The quality was excellent and you would have spent a great deal to attend a West End Show as good.

The evening was started off by the ‘Siobhan Victoria School of Dance” who performed their contemporary/Streetdance which involved kids of all ages. The choreography was designed to meet the various age ranges and abilities and got the show of to a flying start.

“Smooth Crossing” a group of 15 year old lads then played some of the “Travelling Wilburys” tunes which brought back the memories and had people clapping along. You did not realise this was just the second occasion this group had performed to an audience and never to nearly 300 people.

For those who could remember “The Shadows” Fiaz Bholat entertained everyone with his electric guitar playing a rendition of “Apache”, certainly a young Hank Marvin in the making.

Sam Bate then took to the stage and had everyone memorized singing “Til I hear you sing” from Love never Dies. Sam had recently starred in “The Little Shop of Horrors” and as a member of the Manchester Musical Youth has a great potential for the future.

The first half of the show was concluded by the RHS Show Choir from the Rivington High School aged between 12 and 18 who performed an superb version of “Bring me Sunshine” and they certainly did that lighting up the whole atmosphere.

There was a short break during which the Rotarian Community Committee served everyone with hot pasties which went down a treat.

The Second half of the evening’s entertainment commenced with the RHS Acoustic singers to think these kids were from year 12 and yet they really got everyone going with their version of “Dancing Queen” and “Superstition”.

James Holt a young Singer/Guitarist then performed some of his own songs which had been influenced by the Beatles and Radiohead. What a future has for this young artist

The ‘Siobhan Victoria School of Dance” again took to the floor once again performing fabulously entertaining everyone with their skill and timing.

To bring the show to a conclusion a group of Acoustic Guitarist Travelling Strings who were formed just 3 years ago had everyone involved as they played various numbers from the 1950’s onwards. This group raise funds for the Alzheimer Charity. They also provided all the audio equipment and mixer deck free of charge and in thanks for their performance and contribution a cheque was presented to them form our Rotary Club.

The whole evening was compared very professionally by Garry Fishwick who looked very smart in his ‘Crimson’ jacket.

A special thanks has be made for Lauren MulHolland from Rivington & Blackrod High school who was the show Director and ensured the whole event went off smoothly. Her brother who ran the sound system ensured everyone had the right level of acoustics.

There were many involved in organising this event but an extra special thanks must go to Pat Byrne for all the effort he put into pulling the whole event together and making it such an entertaining night.