In 2013 – 2014 the Rotary Club of Hadleigh Castle raised £3000 to fund a library for the school in Birethanti, Nepal. The school is situated and the end of the famous Annapurna Trail which is completed by thousands of trekkers, who have completed the fourteen trek. This school was visited by Brian and Andrea Terry, two members of the club and they liaised with the Rotary Club of Pokhara, Annapurna who oversaw the project. In 2012 this project won the District 1240 International award - The Graham Savage Trophy. The library was finished with the opening of the new school funded by a South Korean businessman. On the 1st February 2014 the library was inaugurated by the District Governor for the Nepal District.

Following the earthquakes in Nepal which have caused major damage around the Pokhara area and in Birethanti itself, Brian contacted friends in the area to check on their well being and the state of the school. We are pleased to report that no one know to us was injured and that as the photographs show there was no damage done to the school for which we are3 very grateful. This project was worthwhile as it provided education facilities not only to the school but also to the local village of Birethanti 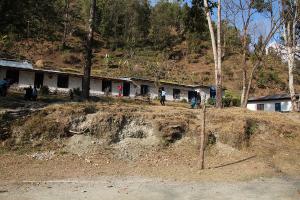 Overview of progress for forthcoming international project in Nepal 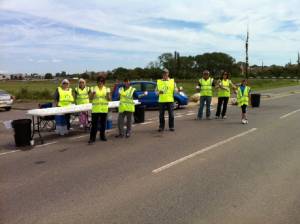 Tea Party Held for the Elderly Residents of Hadleigh Presidents night 2012 at the Skylark Hotel 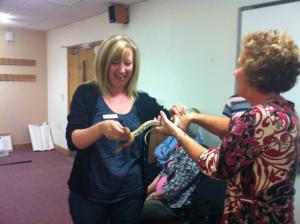