A project to help fishermen rebuild their lives following the Typhoon Haiyan which devastated the islands. 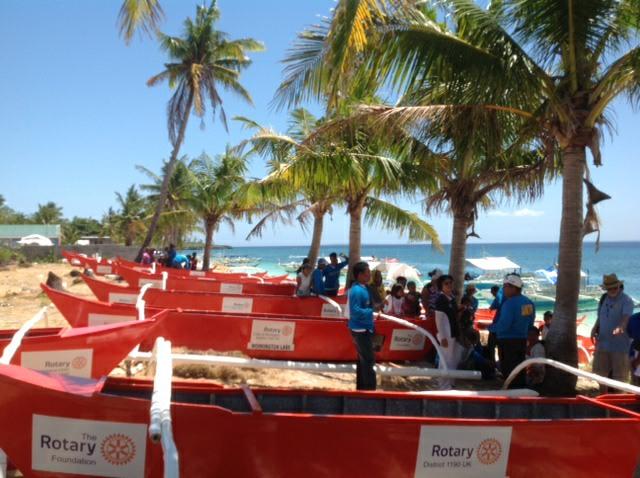 FROM WATER IN WORKINGTON TO

WINE IN THE PHILIPPINES

In November 2013 Super Typhoon Haiyan hit the islands of the Philippines. Many people lost their homes and livelihood and even today many people are trying to rebuild their lives.

Within days the 2 Rotary clubs of Workington and Workington Derwent met and decided to carry out a collection in the town of Workington to help the unfortunate people of the islands. Over a few days the magnificent sum of £5,049 was collected in the town. Following discussions, it was decided not to send the funds immediately but to attempt to make use of The Rotary Foundation to try and multiply the money.

In the meantime, it was decided to write to the Rotary clubs in District 1190 and the 2 Inner Wheel clubs of Workington and Workington Derwent to appeal for funds. As a result, further sums of £3,650 were raised from the Rotary clubs and £1,000 from the 2 Inner Wheel clubs. The Workington clubs would like to thank the clubs of Appleby, Bacup, Burnley, Furness, Keswick, Leyland, Lunesdale and Poulton-le-Fylde for their contributions. As most Rotarians know, an important part of any application to The Rotary Foundation is that clubs in the UK must have the assistance of a Rotary club in the country of the disaster. In February 2014, two Rotarians from the Workington club travelled to meet with members of the Rotary club of Makati Edsa in Manila in the Philippines to start initial negotiations to find a project on which to spend the funds. It became apparent that fishing was a very important industry in the Bantayan Islands, Cebu. It was estimated that approximately 200,000 fishing boats were destroyed by Haiyan and as fishing formed the main livelihood of the people in these coastal areas they had lost their only source of income. Following further discussions, it became the aim of the Rotary clubs in Workington and the Philippines to put together a project to build 80 new motorised fishing boats for the island fishermen.

The total cash required to fund the overall project was approximately £44,000. An application was made to the Rotary District for Foundation funds and this resulted in a grant of £9,200. At the same time the Rotary club in the Philippines managed to obtain a grant of approximately £5,000 from a Rotary District in South Korea. An application was then made to The Rotary Foundation in America for the balance of the money. It was a long and difficult process led in the main by the Rotary members of Makati Edsa and assisted by The Global Peace Foundation. The effort proved worthwhile as The Rotary Foundation approved the application on 2 July 2015.

This is therefore a story of how a street collection in Workington which raised £5,049 was turned into £44,000 by the dedication of the members of Rotary and not a penny was taken in expenses.

To cut a long story short 80 motorised boats were built and fishermen chosen. The boats which all carry the Rotary logo, were named by the Rotary clubs and organisations involved. The boats belong to a newly formed Fishermans’ Association.

As all the Rotarians left the island they reflected on the fact that without the power of the Rotary movement this magnificent day would not have been possible. 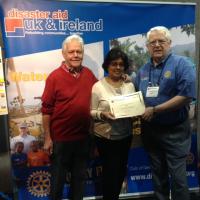 more We make regular donations to worthy Rotary causes helping many disaster relief cause around the world.

more Water & Sanitation. The photo was taken by one of our members and shows a water collection on Lake Tonle Sap in Cambodia. A group of our members has visited this area twice to inspect projects which we have contributed to. 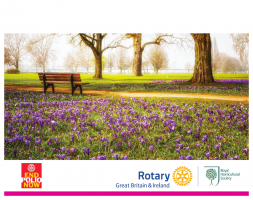