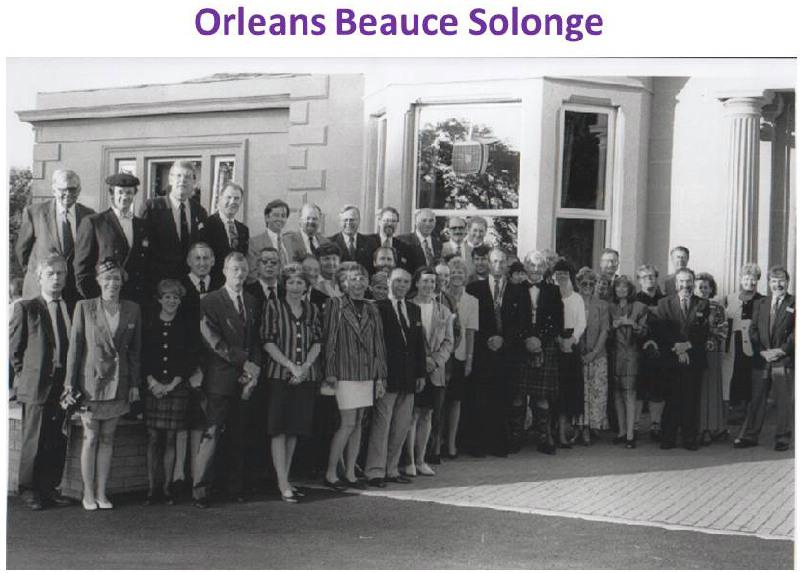 Back in 1992 , our founder President Jim Fairgrieve was contacted by a French Rotarian , Michel Pioux from the Rotary Club of Beauce Sologne in Orleans regarding a golfing visit to Scotland.  In 1993, Michel and a party of eight other Rotarians along with some of their wives visited Irvine and so the formal twinning between the clubs began.

Since that date, the clubs have visited one another every two years alternating between France and Scotland.   Shown below is a short history of the various visits including the visit to Dublin in April 2005 when both clubs along with Orleans other twin club from Spain, San Pedro Alcantara met in Dublin to celebrate Rotary's Centenary