Visit to the Disabled School in Rajshahi, Bangladesh.

The Rotary club of Rossendale donated a large sum of money to the school in 2011 to help refurbish. Now, 5 years on, the school has progressed extremely well and has doubled their pupils and tripled their teachers. 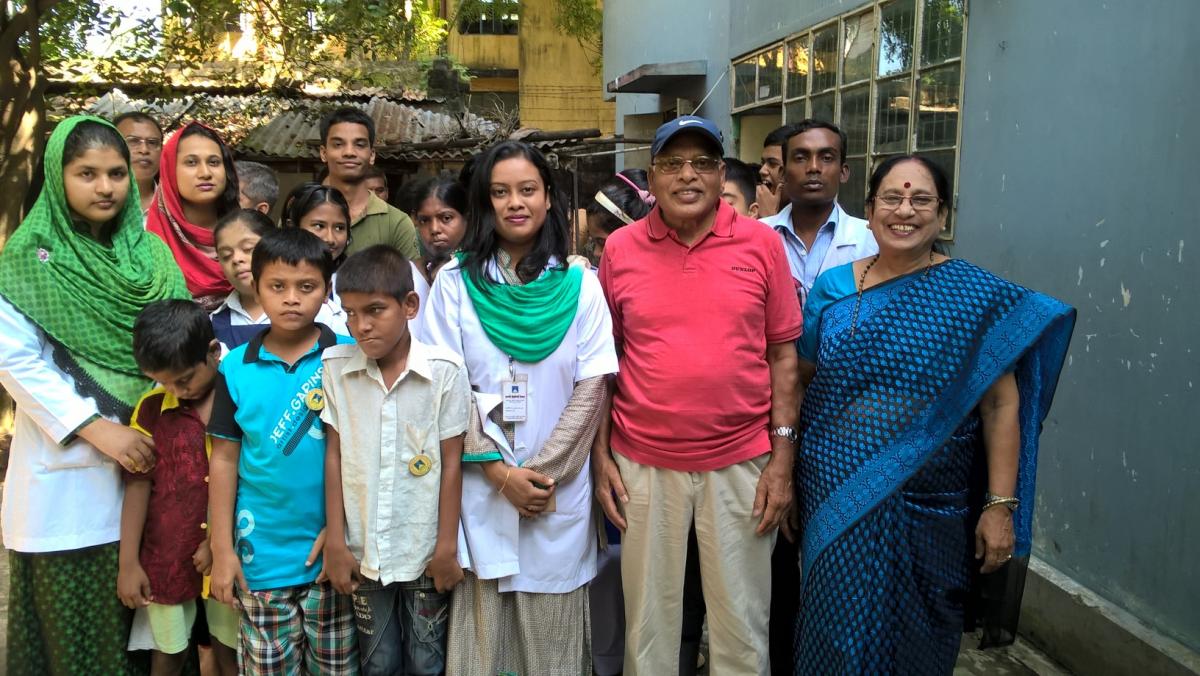 Due to the efforts from the Rotary club of Rossendale, the education department from Bangladesh is now contributing to the teachers salary.

The school building's rent still being paid by local charities and donations, but it is hoped that it is just a matter of time, before the district education department will take this over.

Rotarian Mike Satiar visits the school as often as possible and he was given an overwhelming reception on his most recent visit the school in October 2016.

Mike inspected all the items that were given to school in 2011 by Rossendale Rotary and found that they are still in daily use.

During Mikes recent visit, he was told that the school had been involved in a lightening strike which resulted in a damaged computer and a fused the phone line and phone. Mike made a personal donation of £20 to repair the these and to get them up and running again.

A special unit has also been set up within the school, to help able pupils to receive training in cottage industry arts, such as making grocery bags, block painted handkerchiefs, sweet box assembly, mosquito coils and IT training etc.

It was very pleasing to see how these disabled children were learning and working to earn some money for their future. The headmistress, governors and all of the pupils thanked Mike and our club for the generous donations to make this school a success.