Making a direct difference through Rotary 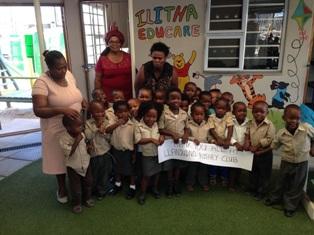 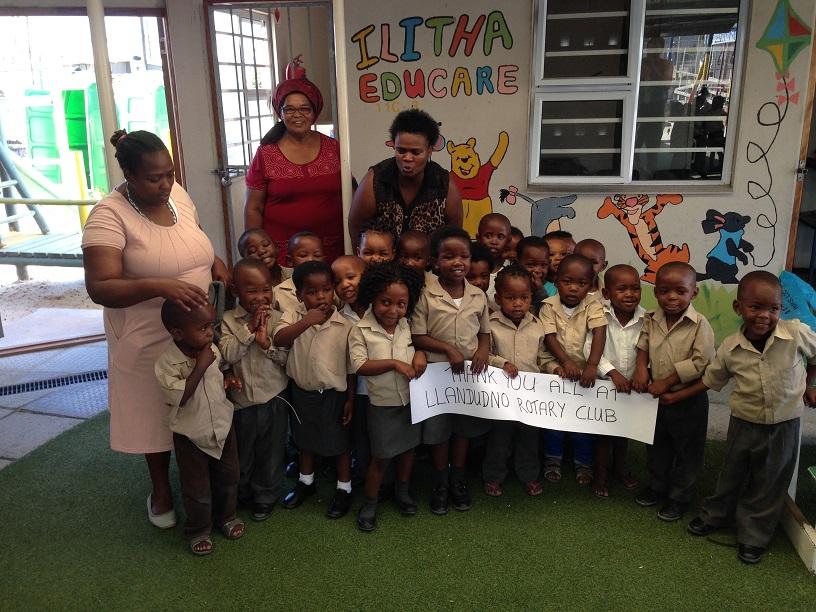 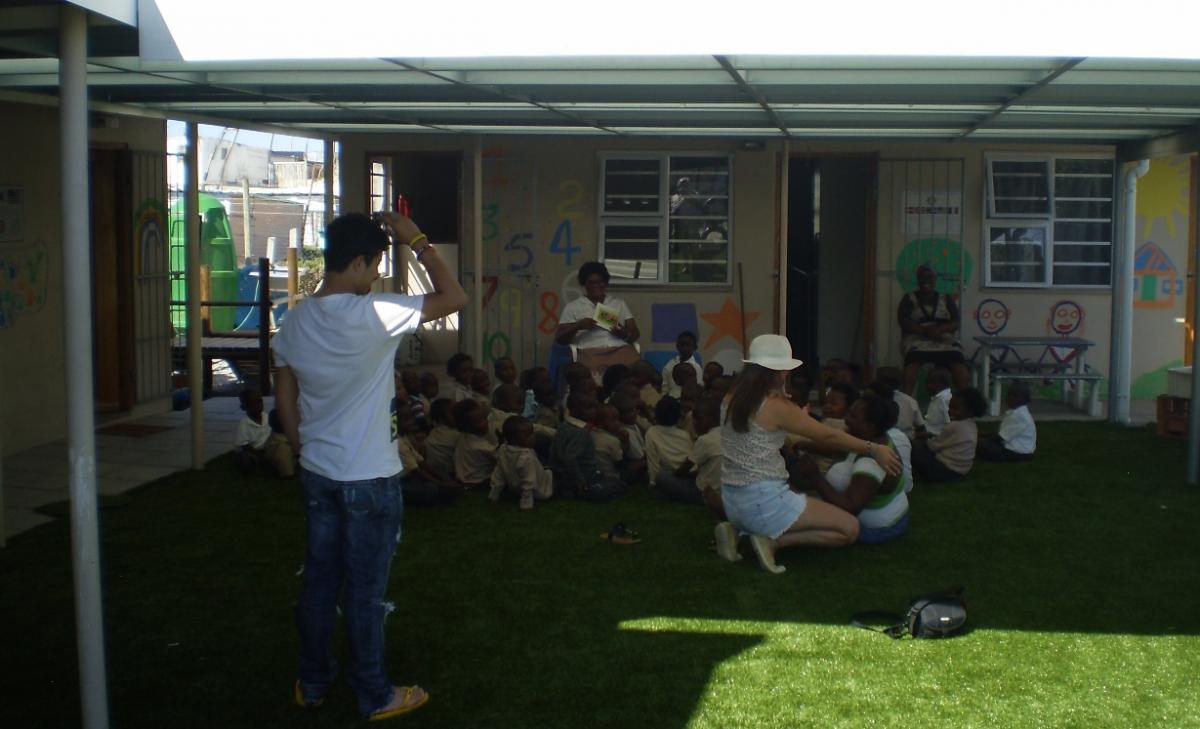 Llandudno Rotarians, Ian and Margaret Trevette, have regularly visited Cape Town, and through their involvement and contacts with Sea Point Rotary Club have encouraged Llandudno Rotary to become involved in supporting Ilitha, along with a number of other partners.

During their visit at the start of 2017, Ian and Margaret have visited Ilitha several times and all is well.  There is a new intake of little ones who are clearly still finding their feet.  The current numbers of children registered is 45.

The current project is to support Ilitha in building a new classroom, and ensure the long term sustainability of Ilitha. The land for the proposed new classroom has been cleared of the shack that was on it, and the fencing around the plot (contributed to by Llandudno Rotary Club) is doing its job.  As part of the evaluation for the donation from the Club and District providing support for the new project (and to seek information to underpin further donations), a meeting was held with the Vicar of St Michael (the church incolved with the school), the School Principal - Christina Jita, Rotarian Rodney Mazinter (PDG and incoming President of Sea Point Rotary Club) and Rotarian Gavin Schachat (Past President of, and Director of Projects for, Sea Point Rotary Club).  This meeting provided considerable background information about the school, its operation and support, and Rotary's interest in Ilitha.  Please see further down the page for the update on background information.

Project Ilitha - a new classroom to give 20-30 additional places

Although the Government sets standards for Educare Centres such as Ilitha, it does not provide funds for


This is where Sea Point Rotary Club (SPRC) first came on board and, with other Rotary partners, have with the Principal taken the School to where it is now.  It is a credit to the efforts of the Principal, to Rotarian Gavin Schachat and SPRC.  SPRC continues to provide material and operational support to the school, and they are now seeking to take forward the project for an additional classroom - which is much needed.

In addition to the meeting held with the stakeholders, a meeting has been held with the District Foundation Chair who is encouraging that a Global Grant be sought (by SPRC) for the project.  The Foundation Chair has been very helpful in this and is supportive of what needs to be achieved.  Whilst a new classroom will generate the need for an additional teacher and/or other non-teaching staff, advice has been received that training of staff for a project such as this can be accommodated within a Global Grant, and indeed is one of the criteria in its consideration.

The Club's recent donation and the District Matching Grant is currently earmarked for the astroturf the area around the new classroom will need.  It is clear that if SPRC proceed with the expansion this will mean lodging a request with Llandudno RC for a 12 month deferment of the completion of the DDF grant paid into SPRC's account in Fenruary 2017.  This will need to be considered by Llandudno RC at a forthcoming business meeting.

A further meeting is planned with the Principal of Ilitha and Gavin before Ian and Margaret return to the UK.  It is hoped they will bring more information, including a plan to secure funding partners to deliver the SPRC project.

Ilitha school has survived for many years without any Givernment support.  It is now registered with the Social Services Department, and it has been confirmed that it meets all the required standards for Educare pre-school provision.  This standard is very specific and demanding - for example, fire regulations have to be in place, there have to be indoor toilets and hand washing facilities, alongside teacher certification, child registration and attendance returns.  The school now gets 15ZAR (South African Rand - about 96p) per day per registered child from Social Services, who pay visits to Ilitha to ensure regulations and standards set by Goverment are complied with.

St Michael's Anglican Church in Harare Khayelitsha continues to maintain an overview of Ilitha, and the Principal reports to the Church Council once a year or when necessary.  Ilitha is potential feeder pre-school to St Michael's Primary School.  However, it has been established that the Church no longer provides any funding to Ilitha (wheras it used to pay some basic wages to teachers).  The Community Council of the area also maintains an interest.

The main source of funds to run the school (over and above state payment of teacher salaries) comes from what Social Services pay for each child, plus a parental contribution of 110ZAR per month per child.  This is a very poor area, which is reflected in the level of contribution sought from parents.  In addition to meeting operational costs this income from Social Services and parents (assuming they can pay) also provides for feeding the children while they are in school - usually from 7.30am up to 5.30pm.  On the basis of this state income the school is viable and continues to be in demand in what is a very poor area.  Its sustainability for the future is therefore not in doubt.  The Vicar of St Michael's has undertaken to provide a statement to SPRC to support his.  In his words - "It is a programme of hope for these children and the Community". 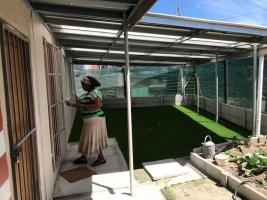 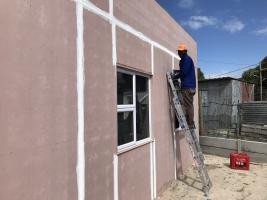 more Updates on the progress of the Ilitha School project in Cape Town, South Africa 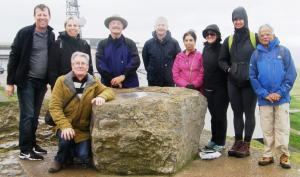 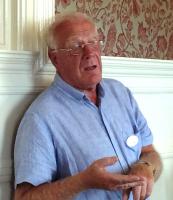 A great Rotary day out by the sea for Ilitha children 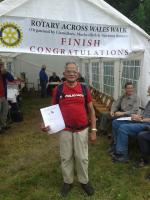 back Llandudno Rotary makes a difference internationally too