Penrith turns purple before going orange Central Penrith has come alive with colour. On 26 February a band of volunteers decorated part of the town in purple knitwear! This is a fun but it also has a serious side. Penrith Rotary Club with Eden Mencap 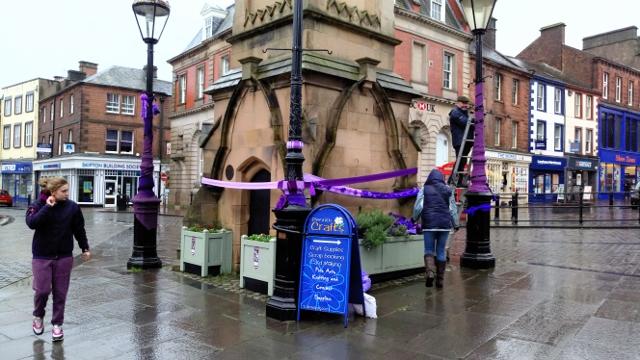 Central Penrith has come alive with colour. On 26 February a band of volunteers decorated part of the town in purple knitwear!

This is a fun but it also has a serious side. Penrith Rotary Club with Eden Mencap want to raise awareness of the ongoing success of the worldwide effort to rid the world of polio, a horrible disease that vaccination eradicated from the UK. This is part of a long term international effort, with the Rotary movement in the driving seat.

Why purple? In many countries a purple dye is used to mark the finger of a child who has been immunised. The Rotary movement supports this battle which uses the purple crocus as its campaign symbol. Now only three countries have to fight polio, Nigeria, Pakistan and Afghanistan and if Rotary maintains the current effort the world will soon be rid of this disease.

Penrith Business Improvement District (BID) has funded extensive crocus planting which should also bloom during the week of Purpling Penrith.

David Cole from Penrith Rotary said: "Our efforts to eradicate polio have been described as one of the finest humanitarian projects the world has ever known and Rotary has even been nominated for the Nobel Peace Prize. The eradication of polio, when completed, will be one of the most significant achievements in public health since the eradication of smallpox. I would like to thank all the wool donors and knitters who have helped to deliver Purpling Penrith in 2017.The wool will eventually be donated for use as blankets at Eden Animal Rescue."

Penrith went Yellow for the Tour of Britain and White and festive for Christmas. It has now going Purple and next month will turn Orange. Penrith is the new rainbow town? Having fun and doing great things at the same time. 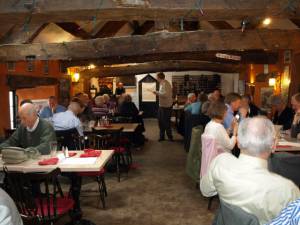 On Sunday the club organised an International Meal at Giannis restaurant. With 47 people attending, Gianni opened the restaurant for this special occasion and after lunch members attempted a Quiz on Italy set by Rotarian David Brown. A policy decision has 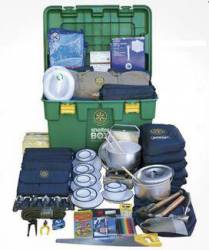 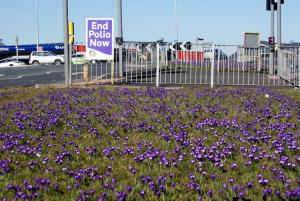 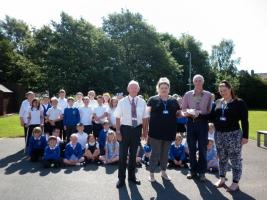 Emma and Sarah will be departing soon for Kumaffi in northern Ghana, where they will work in an orphanage, caring for and teaching the children, under the auspices of a charity named Plan My Gap Year.  They have paid for their own expenses and raised more 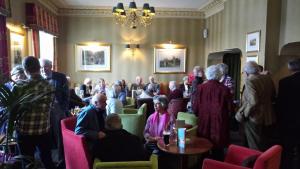 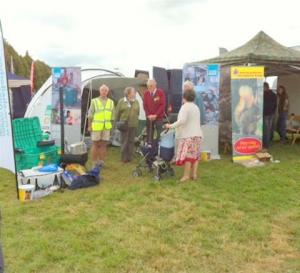 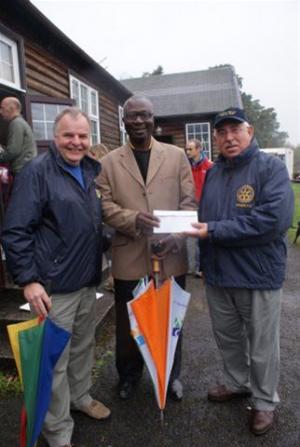 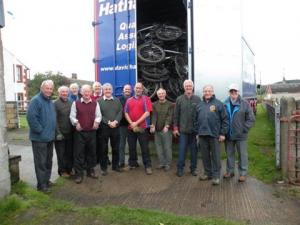