On a wet Wednesday in June, a small group of intrepid Rotarians walked through the rain to Lead Mines Clough, Anglezarke and the memorial where in November 1943, a Wellington bomber crashed. 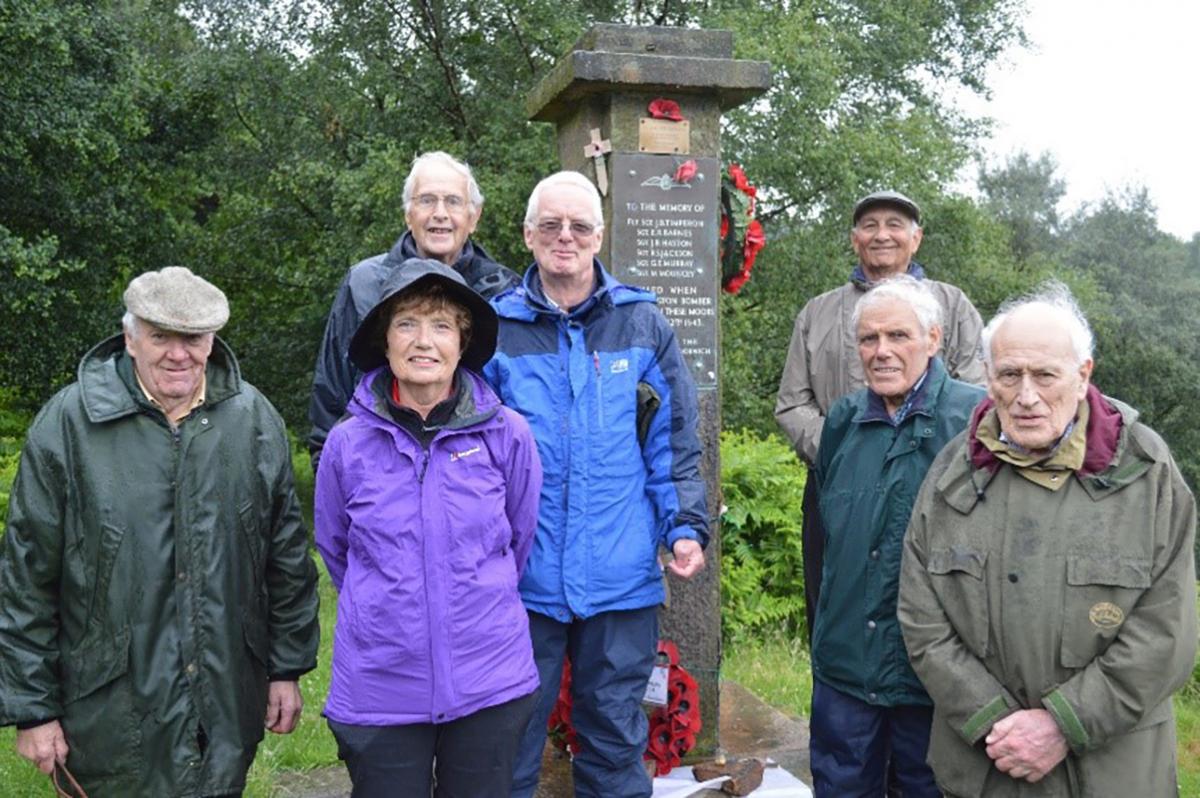 It was on a training flight from RAF Wymeswold and all six crew members, Sergeants in the Royal Air Force, lost their lives. Their names are inscribed on this commemorative stone which was installed by Horwich Rotary Club in 1955 on the 50th anniversary of the founding of Rotary.

Each year in June the club remembers, with a simple service those who lost their lives and celebrates the aim of encouraging and fostering the ideal of service to others as a basis of worthy enterprise. Revd. David Griffiths, President of Horwich Rotary, led an act of remembrance.

All then headed, along with some other Rotarians, to the Crown pub in Horwich to be greeted by the landlord Gary Parker and his wife Beverley with a warming glass of ale & a pie and peas supper.