We are delighted to be sponsoring a rotary global scholar, Paul Shakeshaft, from September 2017, something we haven't done for a while. 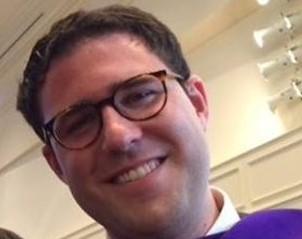 Paul Shakeshaft is sponsored by Oak Park – River Forest Club based in Illinois.

Sir Roger is known for his work on the rule of law, social cohesion, the environment, and aesthetics.  Paul believes that Sir Roger’s philosophical work can improve the rule of law and human rights, two of the basic elements of peace and conflict resolution and prevention.  Paul proposes to research and synthesize the field of aesthetics and human rights law to bring proportion, integrity, and clarity, into the human rights field.

Paul has a goal to work in public policy, as legal counsel to a congressional committee on human rights, or for the United Nations, and/or directly as an elected official.  Since he is a dual citizen, U.S./Irish, he would also like to work as a lawyer in the European Court of Human Rights where he wrote two briefs a few years ago.  Paul is dedicated to peace and conflict resolution.  From his early teenage experiences, to his college education, to his law school education, to his Master’s Degree program, he has a sensitivity to what it takes to promote peace and resolve conflicts.

Find out more about the rotary scholarship programme here.

more We have manned the hydration station of the Milton Keynes Marathon since its inception in 2012.

more Technology Tournaments are one-day events for teams of four students from local schools and colleges run by clubs in the areas working together. 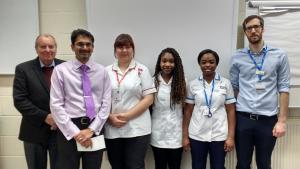 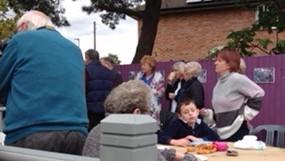 more Following on from Joe's Garden, we supported Flitwick Vale Club in helping the family of Luke, another Cerebral Palsey sufferer in making their garden more accessible. 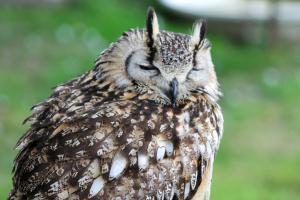 more We put forward entries to this Rotary competition from local schools. One of our winners, Jessica Mason, was a winner in the senior category at District Level and also got a commendation at National Level (plus Â£50 from us!) 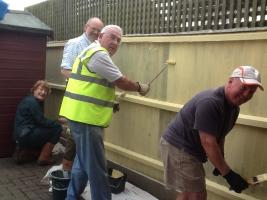 more We worked with Flitwick Vale club to help transform the garden at Joe's family home. He is living with Cerebral Palsey and this transformation makes it possible for him to get outside and play with his siblings in his wheelchair. back The Bursary Awards are made each year to students studying for careers in the public sector. This year's award of £300 each was made to students at MK University Hospital NHS Trust, Catherine Agunede, Shinta Francis & Rochelle Archer.