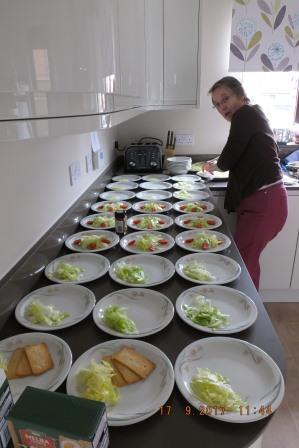 The people of Chard and the surrounding area showed their usual generosity when asked to respond to the recent hurricanes and earthquakes affecting a number of areas in the world.

On Sunday 17th September, 42 people accepted an invitation to Sunday Lunch at the home of Chard Rotary President Robin Williams and his wife, Chris. They were treated to a 3 course meal and, whilst enjoying a pleasant afternoon talking to both old and new friends, raised the grand sum of £560. Special thanks go to Chris and Rita Bagg, Rotarian Gerald Bray and Eileen Davies for all their help.

The following Friday and Saturday, Rotarians could be found in Chard town centre collecting for the Rotary affiliated ShelterBox organisation, which Chard residents have supported for many years. We would like to thank everyone for their generosity which resulted in £447.50 being raised for the charity.

Donations received in the following few days meant that Chard Rotary Club has been able to send £650 to each of the charities, enough for a Shelter Box and 4 Water Survival boxes. 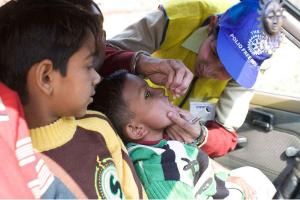 more £275 raised for Polio Plus 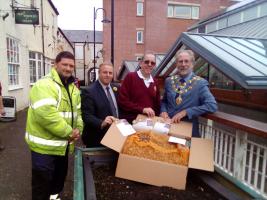 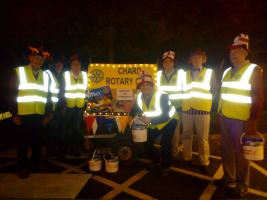 JOINING IN WITH THE FUN

more Rotarians prepare to set of in the procession