Each Rotary year our new President chooses a charity which the club supports. 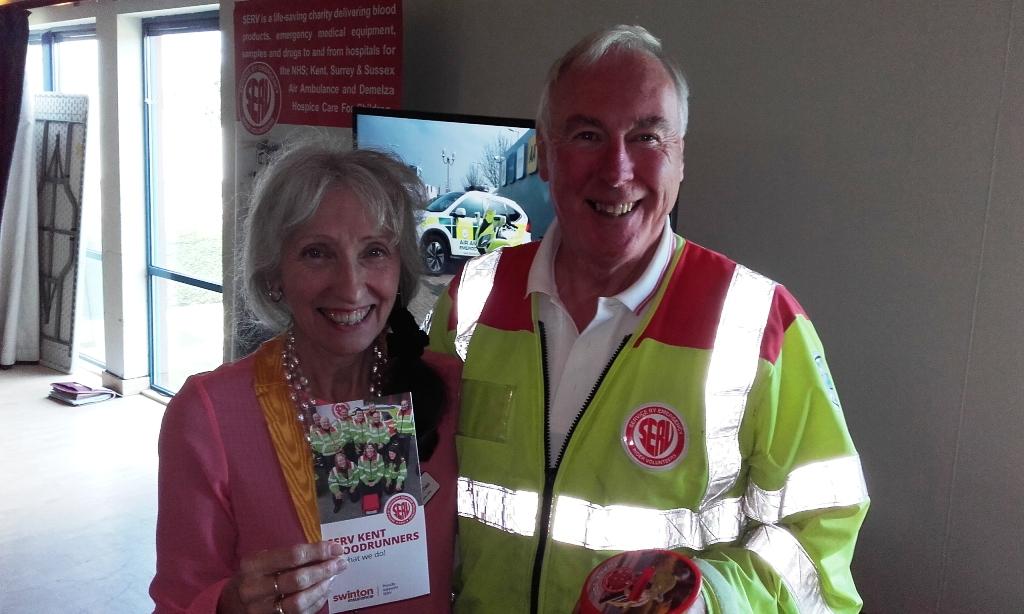 For 2019/20 President Dinah Scudder has chosen to support the following four charities,

This is a nonprofit organization leading an international effort to create awareness of the needs and abilities of people with physical disabilities, to promote the joy of giving, create global friendship, and to deliver a wheelchair to every child, teen and adult in the world who needs one, but cannot afford one. For these people, the Wheelchair Foundation delivers Hope, Mobility and Independence.

This is a charity where volunteers use their skills to custom-makes equipment to help disabled people live more independent lives. Their most appropriate motto is "Making things possible"

This is a local charity that provides a free volunteer support service to older people in Bromley. The dedicated team of volunteers provide help with everyday tasks, shopping, gardening, transport to medical appointments and personal administration.
The charity supports older people, helping them participate in the community, maintain independence and stay active and healthy.

“Service by Emergency Response Volunteers” also known as the "Bloodrunners" is a charity that provides emergency courier services transporting blood products, samples and other patient essential items for the major hospitals and hospices in Kent outside normal working hours and to the Air Ambulance Service.

President elect Michele Odell, thanks Trevor Sayer of the "Bloodrunners" for the interesting talk he gave to the club after lunch.

November 2020 - update from past President Tony "Well I lept in the garden last night. No wind, but COLD! Many thany thanks to everyone who supported me and made such a superb contribution to Helping the Homeless in Bromley" 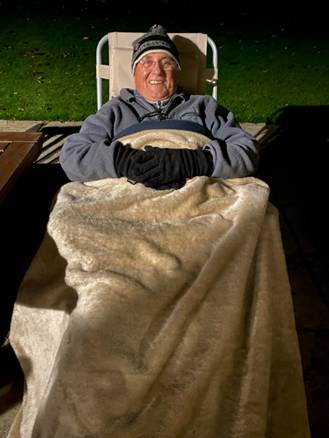 For 2018/19 past President Tony Power chose The Bromley Homeless Shelter for his charity. This is a project run by the ‘Churches Together in Central Bromley’ to help homeless people. 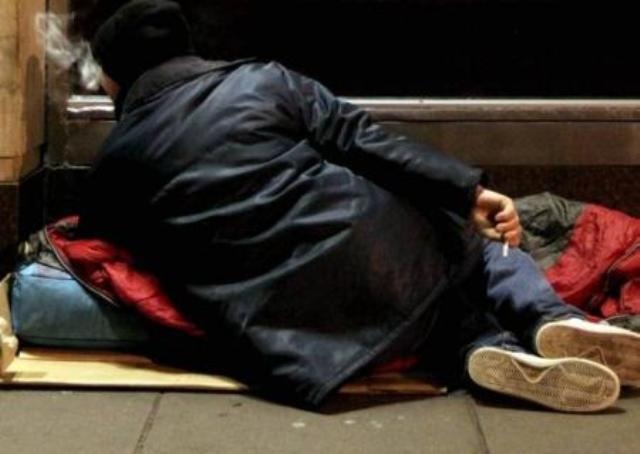 Throughout the year. they provide guidance to homeless people or those at risk of homelessness in partnership with LATCH at the United Reformed Church in Widmore Rd. central Bromley.

This is an entirely voluntary organisation with no paid staff and all funding is raised through it's own efforts such as the annual sponsored 'sleep out' each November. 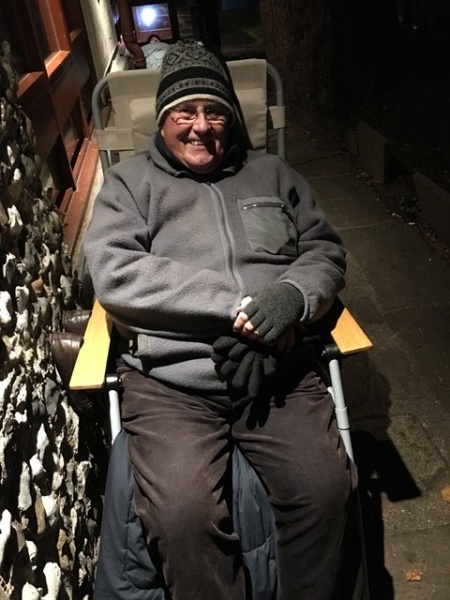 Rotary Beckenham, in partnership with other local organizations supported, a ‘Sleep Out’ on Friday 16th November, to raise funds for the two Homeless Shelters in Bromley.

The sleepers were treated to a wonderful Indian meal cooked and donated by Bromley Rotarian Shakor Tarat, the owner the Tamasha Restaurant. The meal warmed up everyone taking part, before they braved the cold and rain for the overnight stay in the graveyard at Bromley Parish Church.

Both charities provide support to young people suffering from diabetes and to their families. They are based in the Bromley and Beckenham area and they co-operate and have much common ground and both are associated with Diabetes UK.

BYD was formed in 1992, centred in Bromley and deals particularly with older children to uiversity age and beyond. They especially help the children to become independent by freeing them as far as possible from restrictionsand by providing state of the art technology not available on the NHS. DUK was formed in 2012 and deals mainly with younger or very young children. They aim to put diabetic families in contact, for support and friendship to enable young people to meet others, both young and old and living with diabetes, to help them realise that they are not alone and they are not different. They also discuss issues to change or to find out about.

I presented our cheques, of just over £1,400 each, to Liz Varlow of DUKllands and James Tillotson of Bromley Young Diabetics on Saturday. Thank you all very much for your help in raising that impressive sum of £2,808:58. It is very much appreciated by the charities. I was accompanied by Tricia and Richard Lane, who took this jolly photograph: 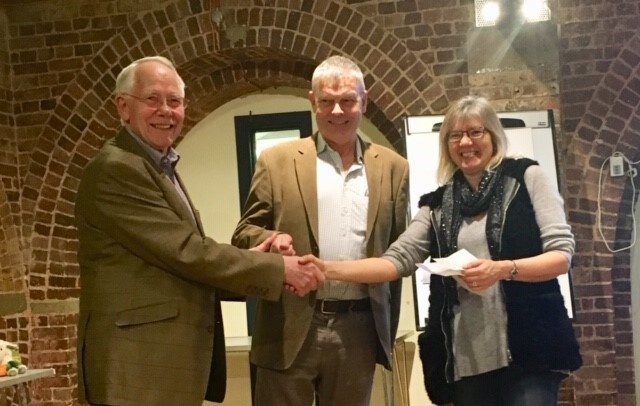 We waited for "the right opportunity” to present the cheque for publicity for the Club and four months ago decided to await the joint Spring meeting of the two organisations, for a first rate talk by an expert from Kings on diabetic dietary issues.

Richard made some interesting contributions, including about his own experiences and the importance of hydration. It was very interesting talking to the parents. Oh yes - to that sum should be added some £230 from the previous year, when we filled in for the Mayor’s Charity Performance at Bromley Little Theatre, and which, for simplicity, went direct as “box office takings”…. and was excellent preparation in arranging our own evening at BLT last year.

The money will be spent mainly on "information bags to newly diagnosed children which contain amongst other items a Carbs and Cals book and scales to measure food portions, which is important for administering the correct amount of insulin, and care events for families which we support financially for local children at the PRUH”.

However, before we decided to present on Saturday, we intended to present at last December’s joint Christmas Party. I have always believed, with all our charities, that our moral support does much to encourage those involved - and not to be underestimated. Once again - thank you very much for your support. 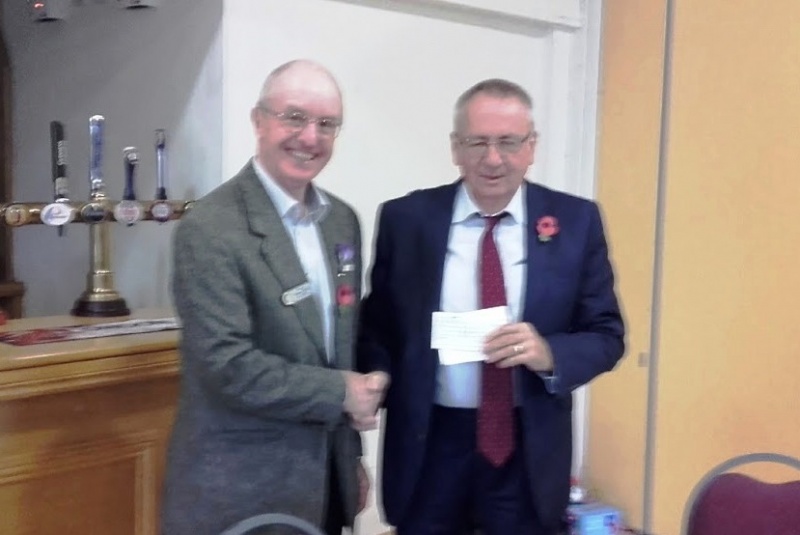 Past president Charles handed a cheque to Michael Douglas on behalf of the Chartwell Trust, for £2,750.00. With generous help from Catherine Southon at the ‘Charity Valuation Day’, and with personal donations from members and friends, over £1,600 was raised.
In October 2016 Nick, accompanied by his wife Angela, attended the annual NOS lecture at the Royal Institute and presented a cheque to Dame Kelly Holmes. Dame Kelly was the principle speaker at the event, which this year celebrated 30 years since the NOS was started.

2014/15 past President David Hynes chose the Alzheimer's Society for his charity.

2013/14 past President Richard Harknett chose the Macular Society for his charity. 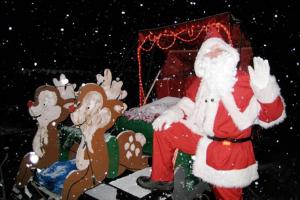 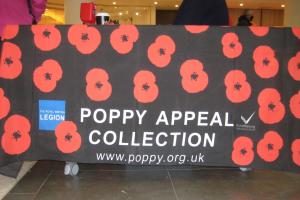 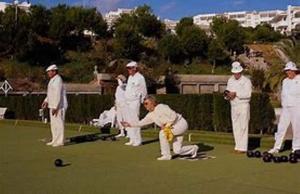 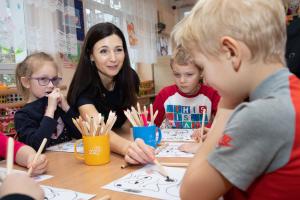 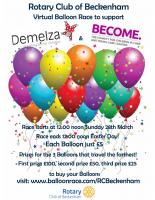 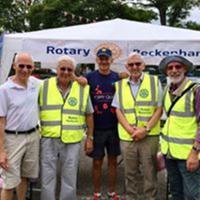 more A fun day in the sunshine, in support of local charities 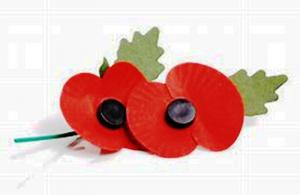 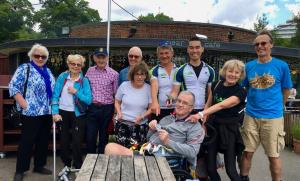 more Presentations to local charities during the Rotary year