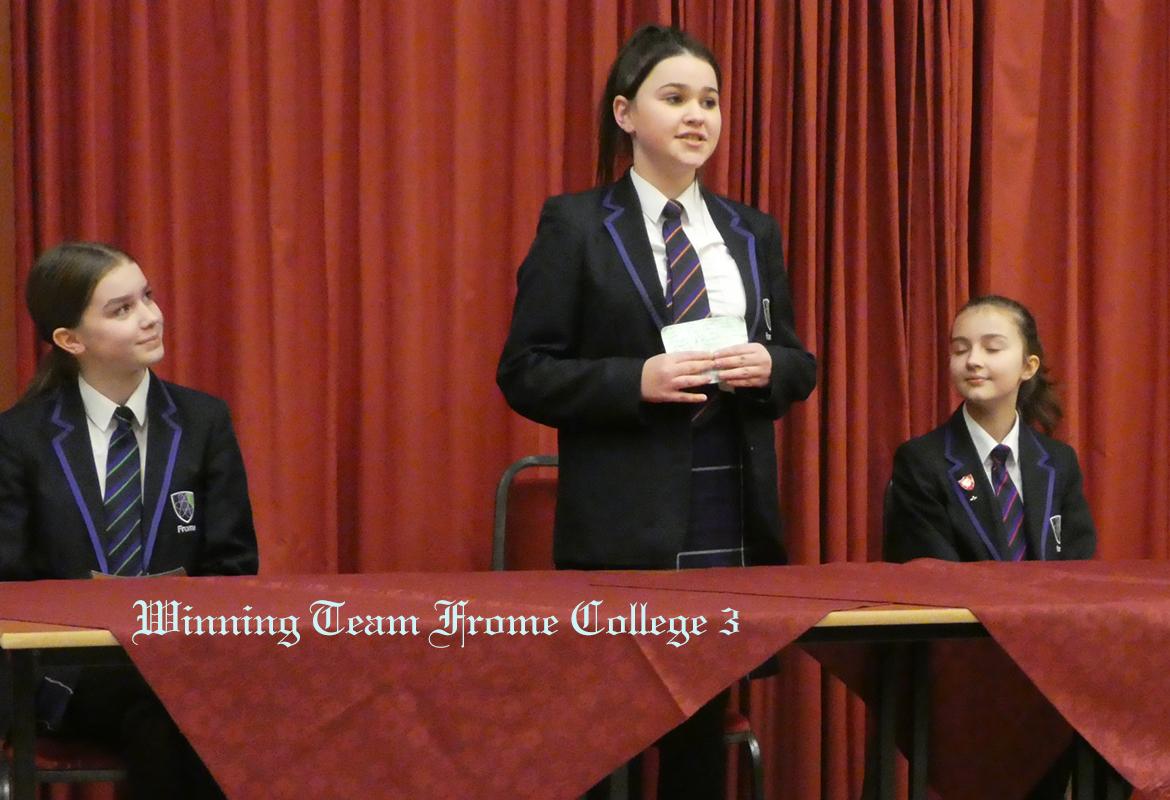 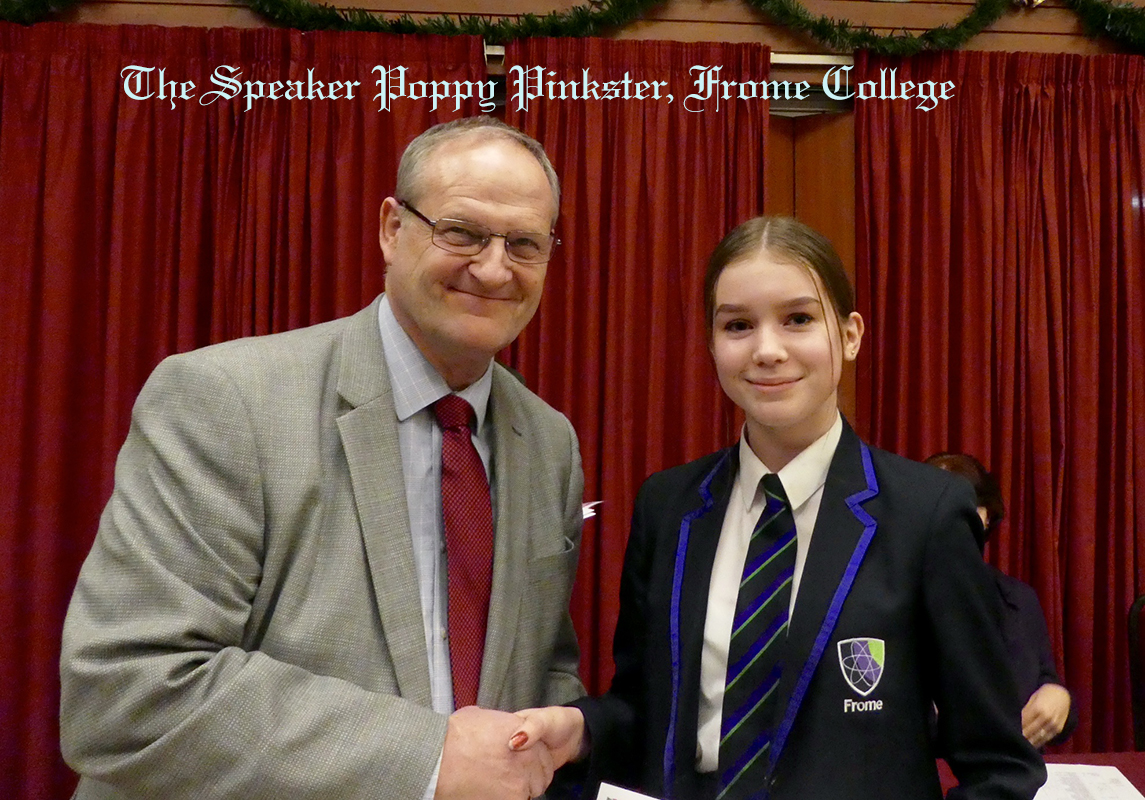 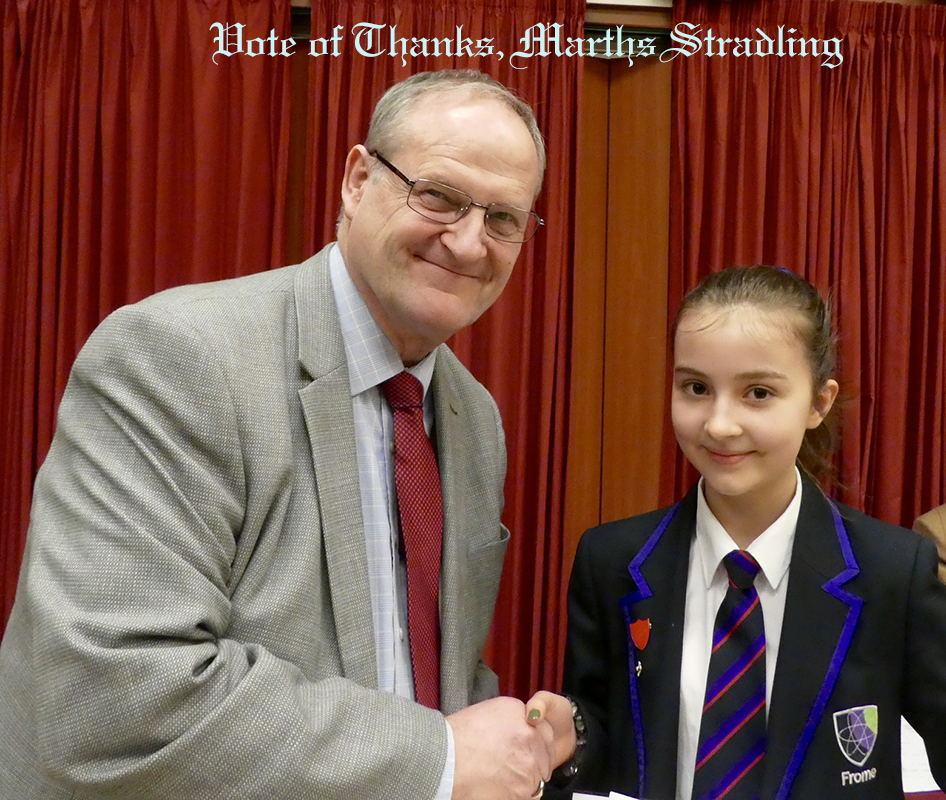 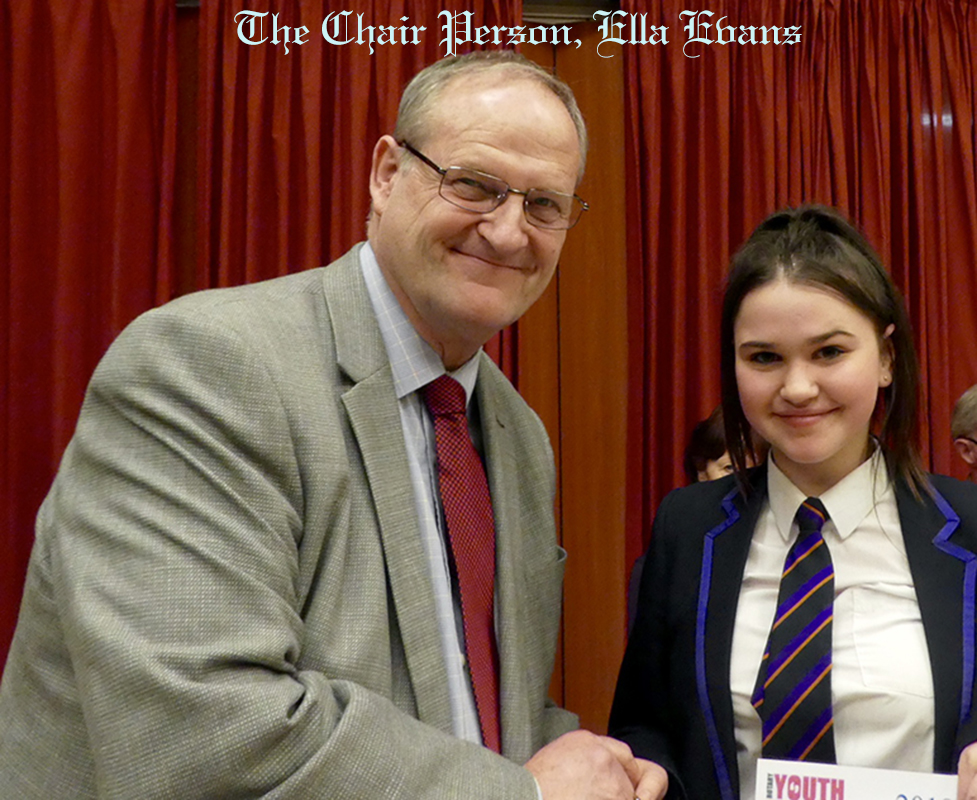 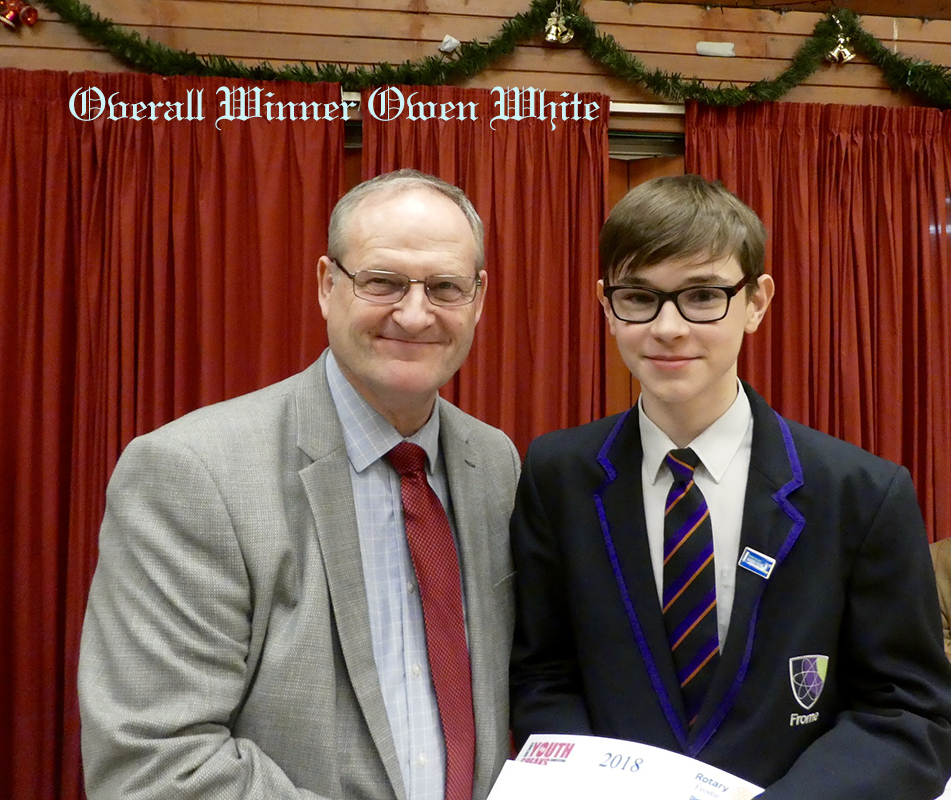 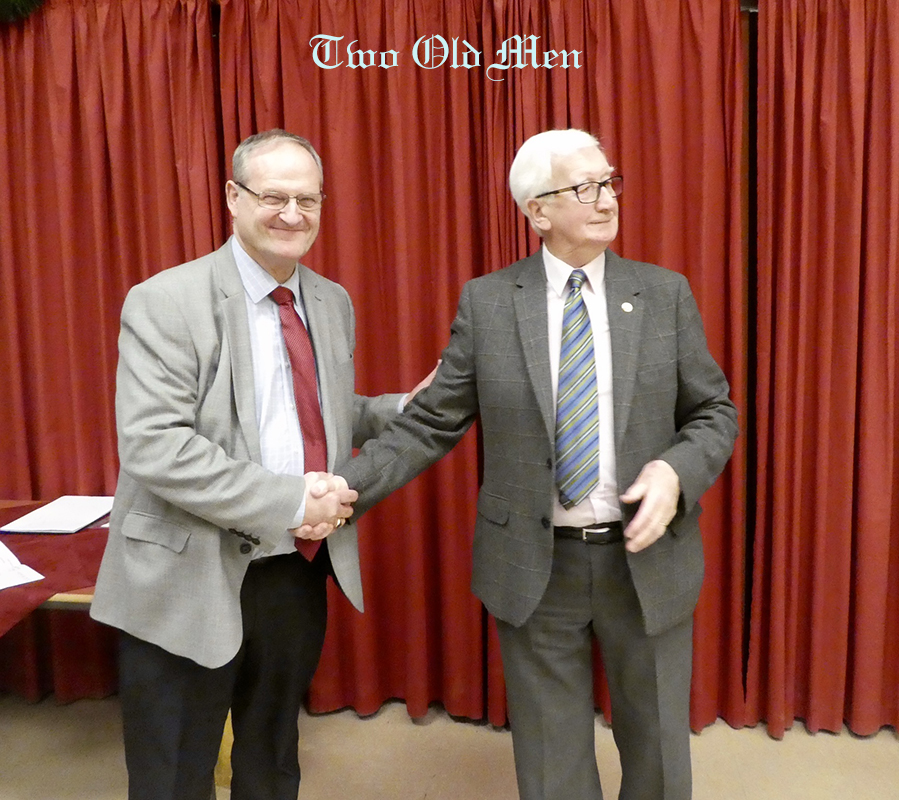 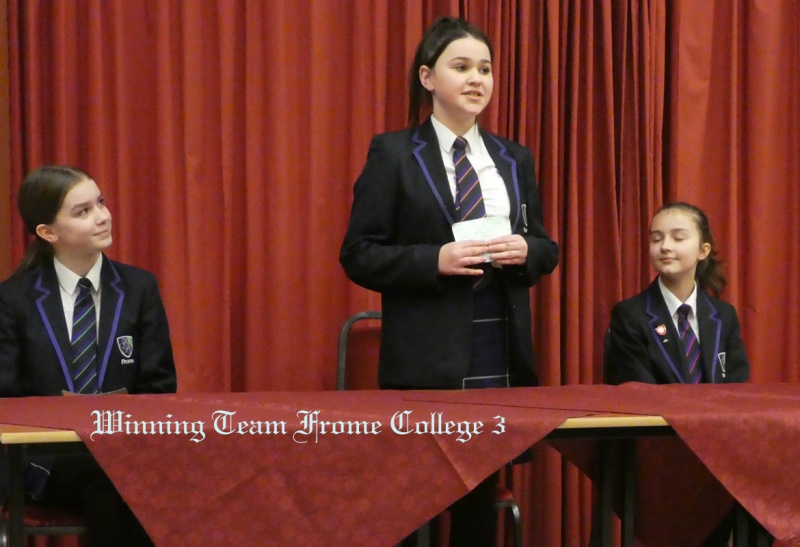 On Thursday 2nd February, the Rotary Club of Frome organised the annual Rotary Youth Speaks Intermediate heat at the Standerwick Conference Centre, where eighty people attended and heard  six teams, three from Selwood Academy and three from Frome College, speak on subjects ranging from —Nature or Nurture?—Bullying—The Power of numbers—Feminism --Women in Sport---Made up or Make-up.

The teams comprised a speaker, a president and a proposer who combined to talk on a team subject of their choice..

Poppy Pinkster and Anna Smalley were main Speakers and will be at the same venue, at the same time on Thurs 8th Feb.