Warden Sarah Dalrymple told us about this Cumbria Wildlife Trust property which is home to the only grey seal colony in Cumbria.

Our speaker this week (Wednesday 13th February) was Sarah Dalrymple who manages the South Walney Nature Reserve for the Cumbria Wildlife Trust. Sarah told us that she has had her wonderful job for 3 years and has spent 16 years working with nature and environmental matters at various islands throughout the UK, including the infamous St Kilda off the Outer Hebrides. 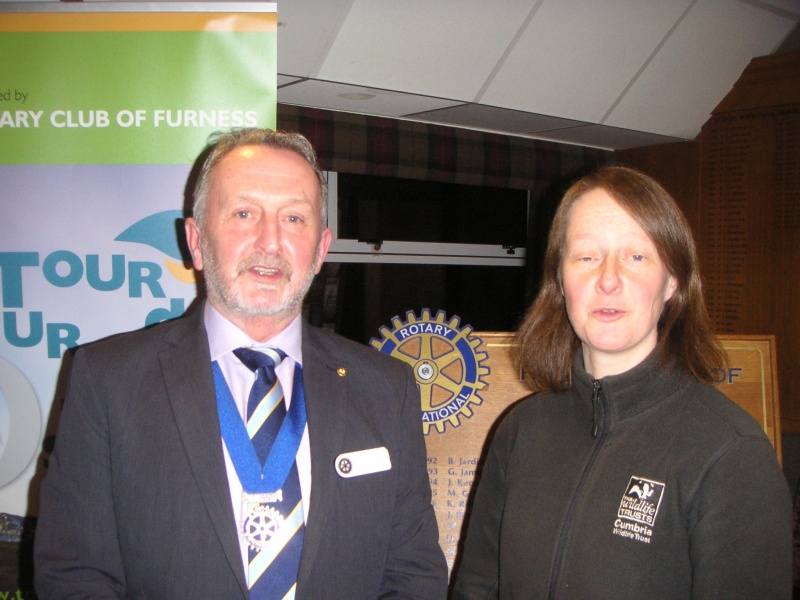 Sarah began by giving us a snapshot of the recent history of South Walney.
She said she is privileged to live in one of the cottages on the reserve which includes an operational lighthouse with two associated cottages, one in private ownership and one a holiday let. In addition, there is an operational oyster farm run by Loch Fyne Oysters.

In the 19th century the area was an industrial complex designed to extract salt from a large deposit which had been found. The complex included several tall chimneys, salt pans and a pier for transporting the salt in bulk by ship. There were also several houses for the workers.  A small town was envisaged when production reached its peak. Alas, the salt deposits were not as expected and the whole enterprise went bust and was over a period demolished. However, the bones of the development remain, pieces of the jetty still stick out of the sand and mud on the shore and a series of ponds are the remains of the salt pans. The rest has gone back to nature and is now the home of one of the largest colonies of sea birds in the country.

The island is also riddled with old defensive works from WW2, which the reserve is currently mapping, a necessary exercise because of the constant erosion the island suffers. Sarah showed us two photographs, one of a field with a gate and a stone wall on the righthand side. The second was a taken a year later and showed only the wall - the remainder was open beach, but what the sea takes from the western shore of the island, it returns on the south which continues to grow.

Although the reserve is still the largest colony in the country, it is only a pale shadow of its former self. In 1978 they had 40,000 pairs, last years count was 5,000 with numbers declining everywhere. Why is yet to be understood. How do they know how many they have? They count them!
In times gone by they would do sample counts to arrive at their figures, nowadays, they use amongst other things, a drone which can take a whole series of pictures which can be stitched together to give a comprehensive view of the whole site.
They also tag their chicks and use GPS to understand their migrating and feeding patterns.

Sarah showed us some dramatic slides, which clearly showed that there are two colonies of gulls in the area. One is in and around the town, with the other at South Walney. The latter has feeding routes which stick to the coast or countryside and do not visit the urban areas. The urban colony stay in a tight area and the two groups do not mix.
Peter Gardner reckons the urban group live at his place! 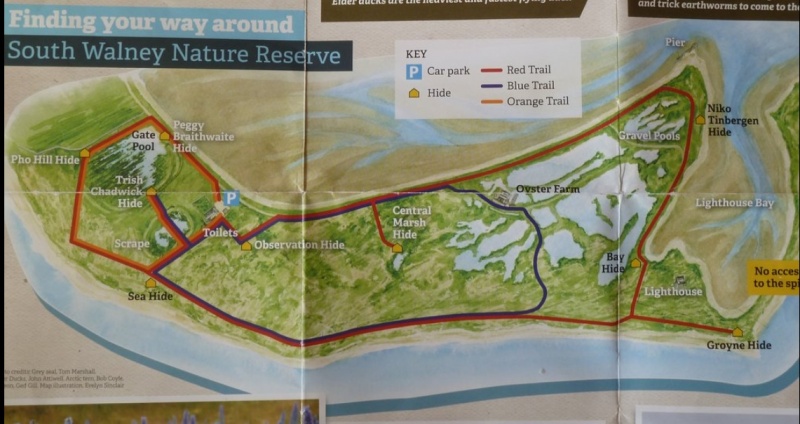 Sarah told us about the migrating birds that winter on our mudflats including Siskin, Red Shanks, Oyster Catchers, all from Artic areas and finding copious feeding areas as the tides recede. She showed us pictures of some of the flora which thrive on the shingle beaches adding colour at various times of the year. The seal population continues to grow year on year and is now also a breeding area. In 2000 there were 40 seals, in 2016 the official count was 260 and a day or so ago she had counted 480!

In 2016 they had their first seal pup and have identified the same mothers returning each year to bear their young suggesting that we now have a regular breeding colony. Previously they only bred in the Isle of Man, Anglesey and the Hebrides. Thankfully, because they are located on the “spit” which has restricted access, they do not get disturbed by anyone, which adds to the attraction of the area.

Sarah also thinks that the windfarm developments have given the environment an unexpected bonus, providing artificial reefs with a consequent increase in the fish population. 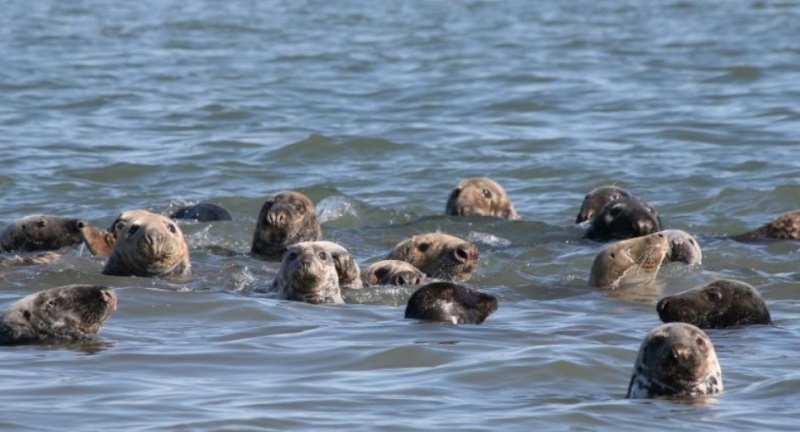 The attraction of the area is not exclusive to seabirds, waders and seals, as bird watchers are also coming in increasing numbers. Last year Sarah counted 7000 visitors (up from 5000 the previous year). Let's hope that the bird population continues to increase, especially those so rare Little Terns which simply lay an egg on a shingle beach and have suffered the consequences so many times.

After a question and answer session, Brian proposed a vote of thanks.