Our Club, our history and our Rotarians

It is important to record the history of the two great clubs, Chelsea Royary Club and Kensington Rotary Club which helped shape the new Rotary Club of Kensington and Chelsea. 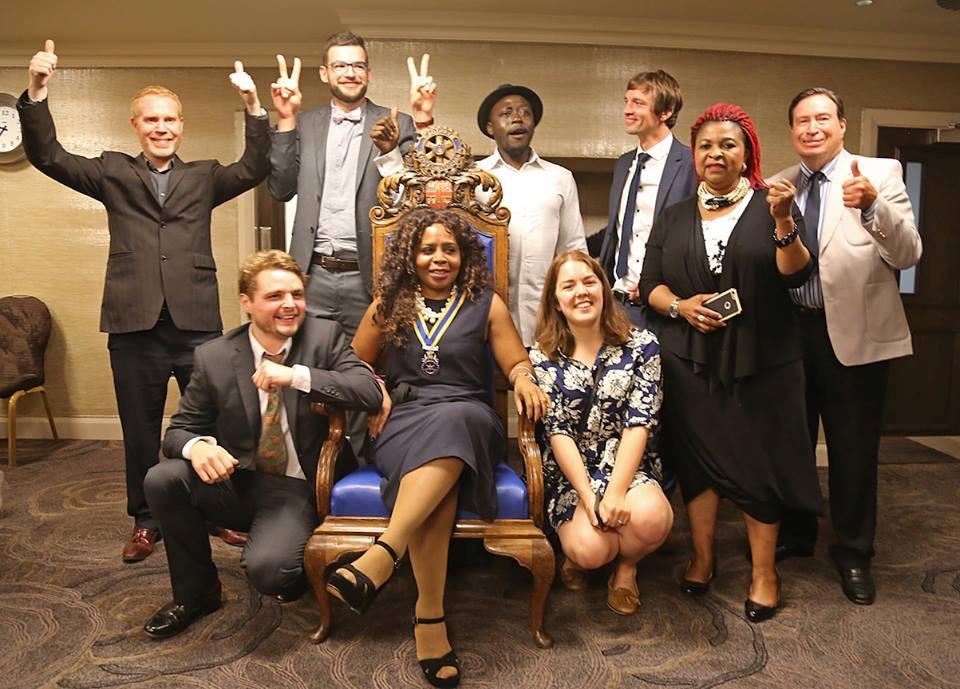 Our Club, our history and our Rotarians

The Rotary Club of Kensington and Chelsea’s first major meeting in July 2017. 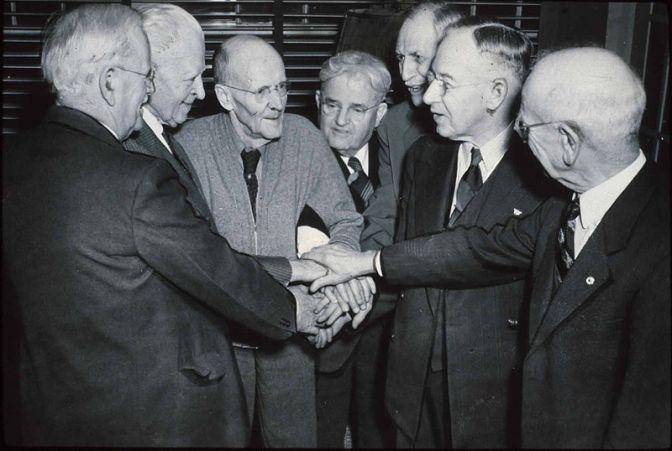 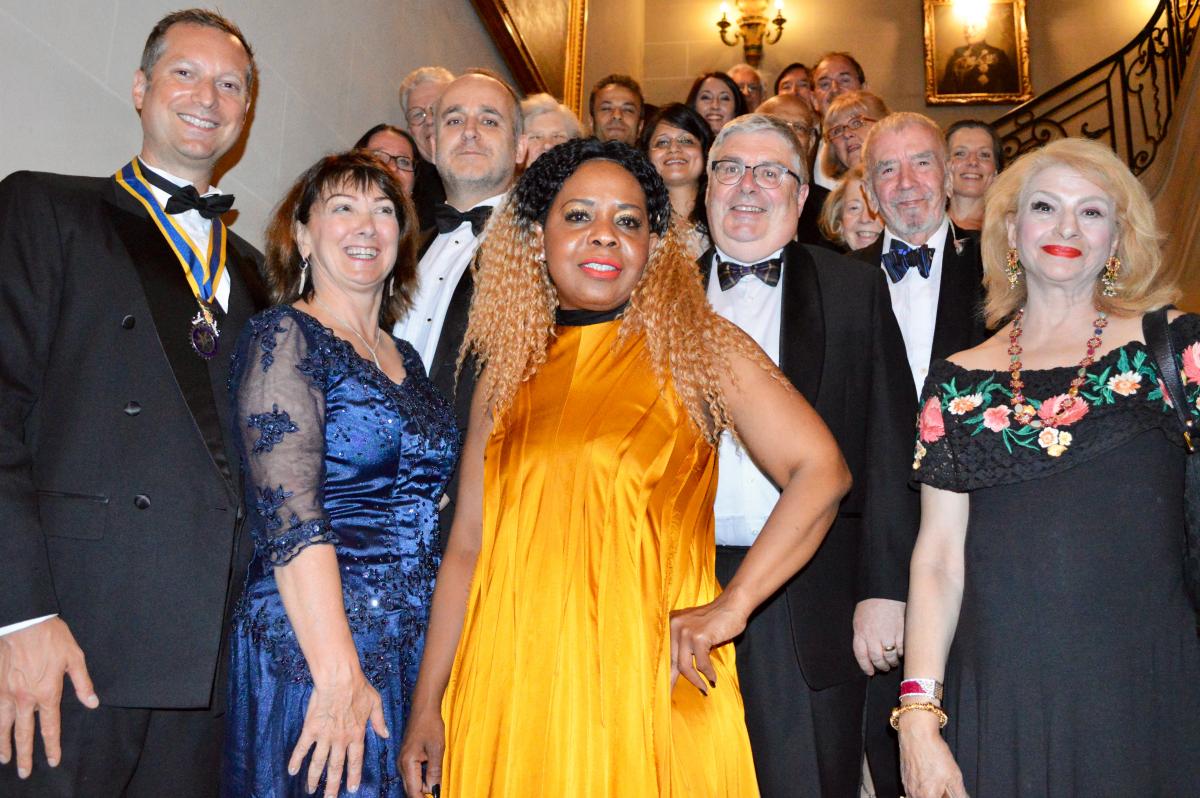 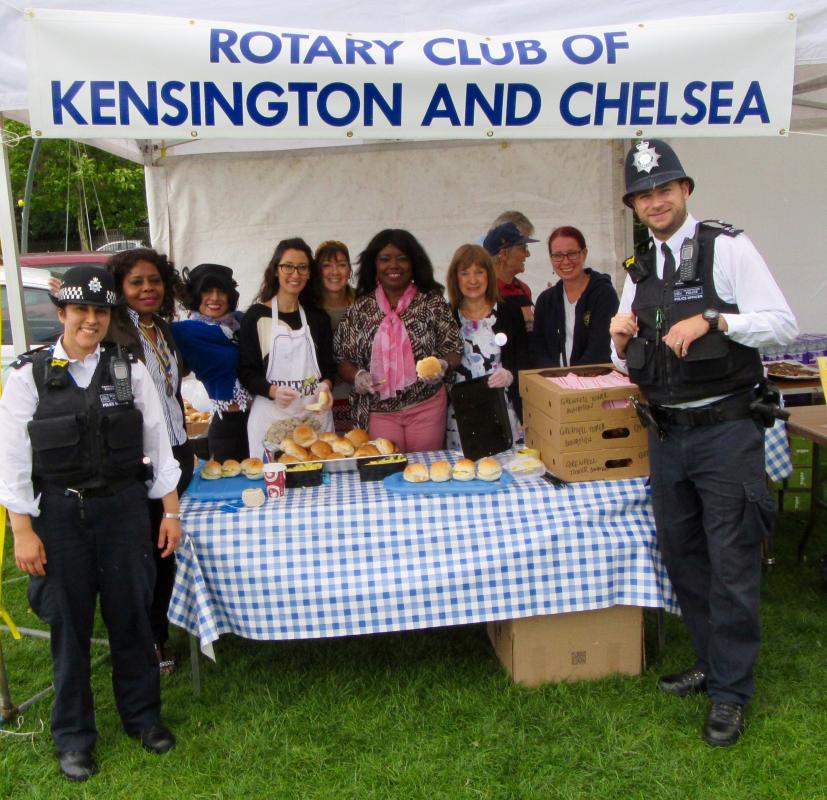 Each year our Club goes out the community to help with Community playdays. This gained more significance in 2017 as we sought to help the children of the Grenfell Tower area.

The late PastPresident Bruce Dowling (centre) also had a record of Rotary service extending over 30 years. In this photograph can be seen Honorary Member Jörn Finken and Honorary Member Tony Rickard. 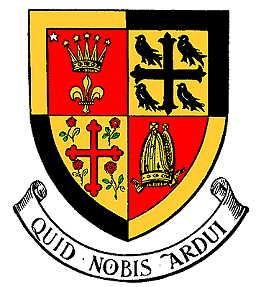 The civic arms of the brough of Kensington 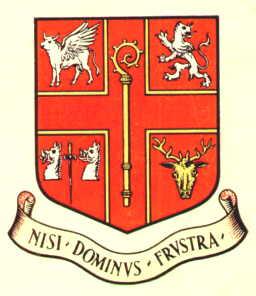 The civic arms of the old Chelsea Borough 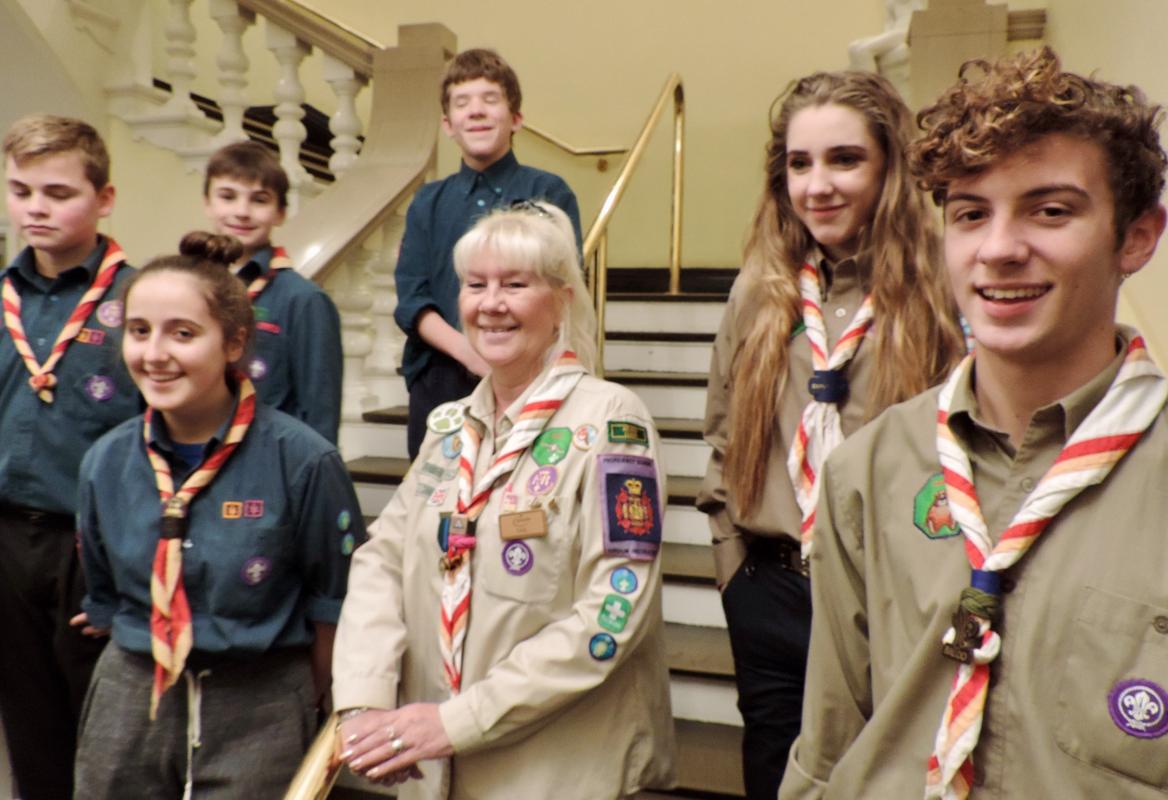 The Chelsea Boy Scouts continue to support and help our Club as they have for several decades. 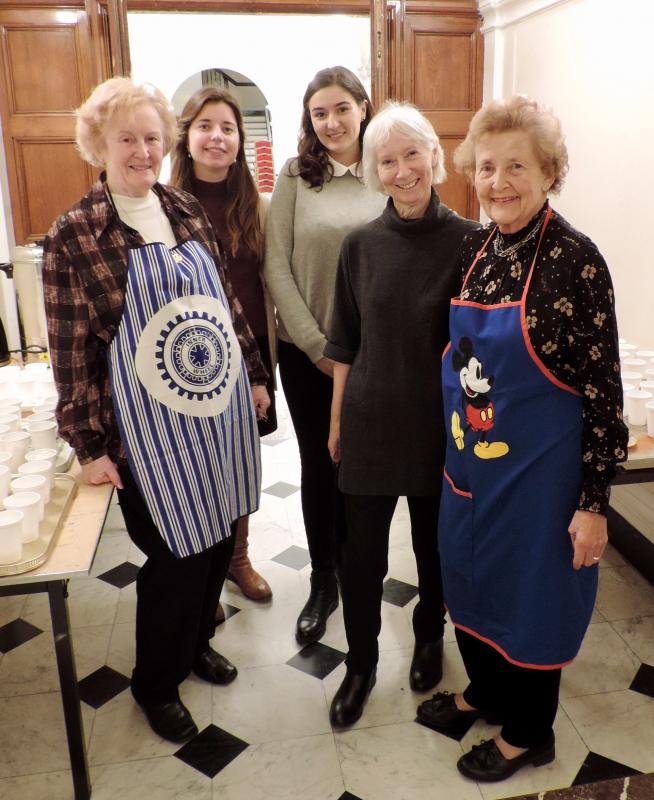 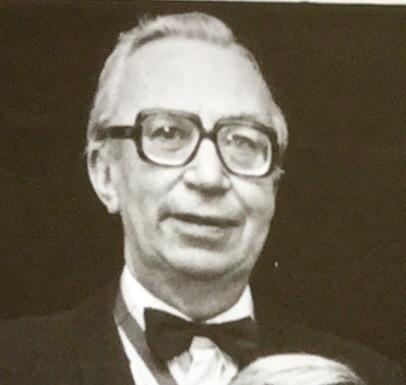 PP Douglas Hayden was a member of Chelsea Rotary Club who helped anchor its foundation from the 1960s.

In the 2016/17 Rotary Year President Pierre led a Chelsea Rotary half marathon team to raise funds for club partnership with Dar es Salaam RC to help eradicate the disease Retinoblastoma in Tanzania. 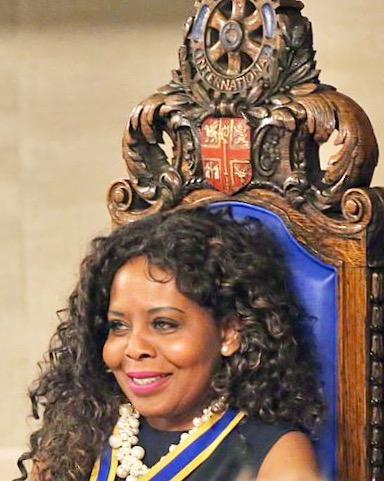 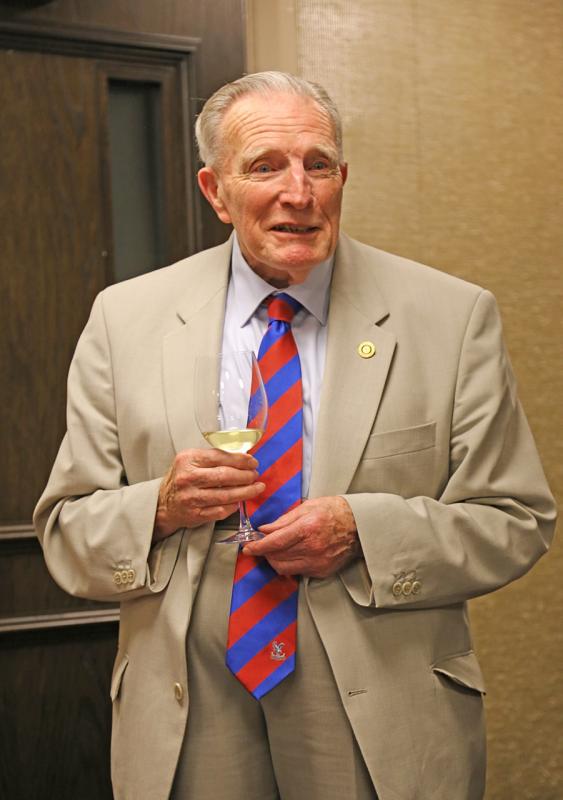 An anchor Rotarian and Past President of Chelsea RC. 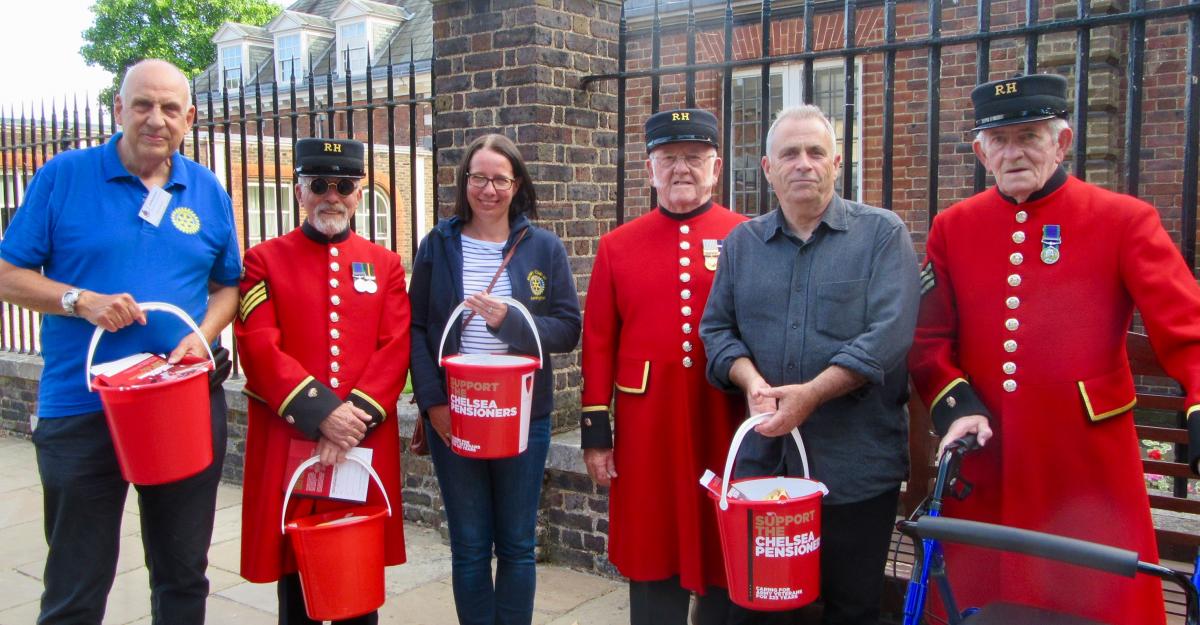 For many years our Club has helped collect donations for the Chelsea Pensioners at the Royal Hospital in Chelsea. This photograph was take at one of the 2018 ‘Live in Chelsea’ concerts.

Our members are of mixed gender, a wide range of ages  and come from diverse professional backgrounds. The Rotary Club of Kensington and Chelsea is a member of Rotary in London www.rotaryinlondon.org and Rotary International in Great Britain and Ireland www.ribi.org

When Joe Huxley thought of joining the London Club in 1927 he was suggested to form a Rotary Club in Chelsea. He gathered six prospective members and contacted the Kensington Club, who were delegated to help. George W. Hammond, the Managing Director of the Thames Tube Co. Ltd, was elected the first President hold the first meeting at the Watteau Restaurant, Church Street on Wednesday 22nd February, 1928 at 7:30 p.m.  For the next 30 years the Club found its home at the Rembrandt Hotel. The Club soon got down to active service giving assistance to the community in many forms. Helping with bed-ridden folk, assistance to hospitals, lonely old age pensioners, boys' club and others. In 1931 the Club began the endowment of a cot at the Cheyne Hospital by raising the necessary 1,000 with Garden Fetes, Masque of Old Chelsea and 'treasure hunts'. The Rotary Club of Chelsea Cot' was presented on 7th December 1937. "One other night lingers like a vivid scar on the memory of the Club - the tragic night of Wednesday 16th April 1941, when our small Club lost no fewer than three members at one blow. President, Vice President and his wife, and Acting Secretary with his wife and daughter, were killed instantaneously while keeping each other company during one of the heaviest raids on London. The treble blow shocked the Club badly, and for weeks and months the life of the Club seemed stunned." The Club continued to meet weekly throughout the whole period, sometimes in distress and confusion.  1950 was a 'bumper' year, seeing the intake of 11 members, by the end of 1959 some 42 newcomers had joined. In all the Club made an unusually high contribution to civic life by producing, in 20 years four Mayors who, between them, held office as 'first citizen' for an aggregate period of 10 years. 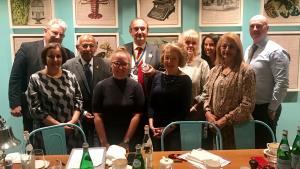 Each week we welcome visitors from our own country and all over the world. 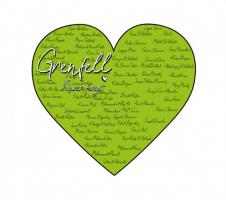 Our Community and The Grenfell Tower fire disaster.

The date of 14 June will always be remembered in our borough as a day of tragedy forever linked with the Grenfell Tower.