On 19 June 2018 we welcomed Marco Carnelos, who spoke to us about the new geopolitical balance in the Middle East. 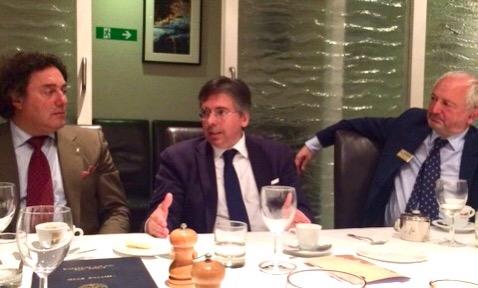 Marco Carnelos has been serving in the Italian Foreign Service from March 1992 until December 2017.

He has been posted in Somalia, Australia, New York (United Nations) and Iraq.

More recently, between 2012-2015, he has been the Middle East Peace Process Coordinator and the Special Envoy for Syria for the Italian Government.