How and What We Do/ Cheque Presentations

Helder Lemos and Barry Turner give a £4000 cheque to Lindsay Hurrell of CHESS in Chelmsford - our profits from the Charity Golf Day in May. 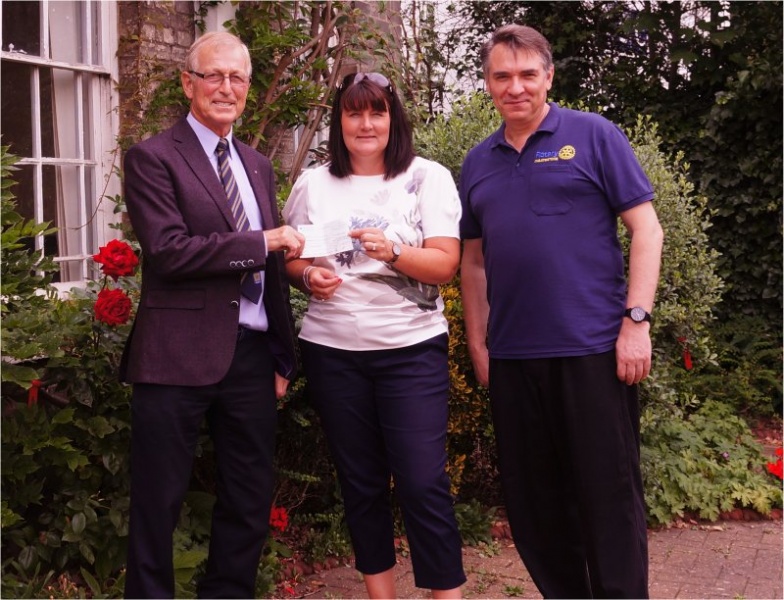 Photo of cheque presentation by Ian Churley of Rotary Club of Ingatestone to Maz Keenan of Farleigh Hospice with Debbie de Boltz in attendance - profits from Jazz Concert in July.. 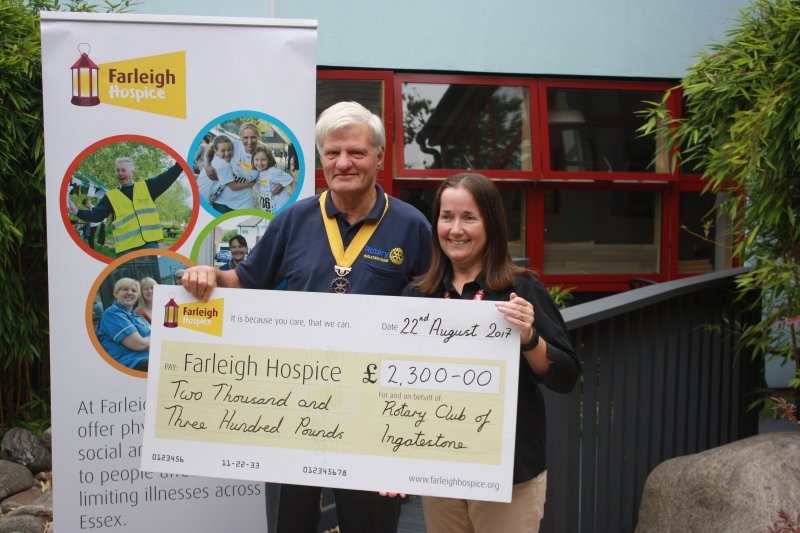 President Helder Lemos presents a cheque for £2,300 to Mike Allen of Saint Francis Hospice - part  of the proceeds from the Summer Evening Jazz Concert on 1st July  - profits from Jazz Concert in July. Neil Macalister in attendance 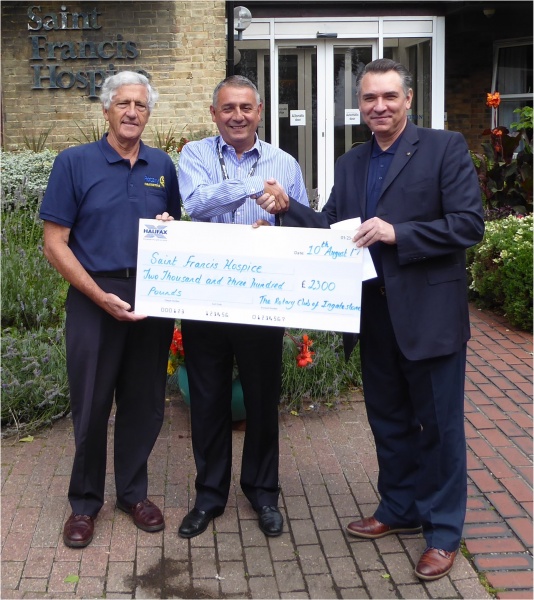 On the 9th of October Stefan and I had the pleasure of presenting a cheque for £500 to the local branch of the Air Training Corps. This was in appreciation of their assistance with the car parking and lake patrol at our annual Jazz Concert in the grounds of Ingatestone Hall, and will be used to help finance their many activities. I mentioned at the presentation that nobody who attended the Concert could have failed to be impressed by their smart appearance and the efficiency with which they undertook their tasks. I also told them that it was thought appropriate for me to make the presentation as I was the only member of our Club who had actually served in the RAF, albeit about sixty years ago when aircraft were somewhat different to what they are now. I also thought it necessary to explain what National Service was, in view of their age, and the fact that we used to have bases all over the world following the end of the war.

We learnt a little about the extensive range of activities enjoyed by the members and were very impressed by the general discipline. 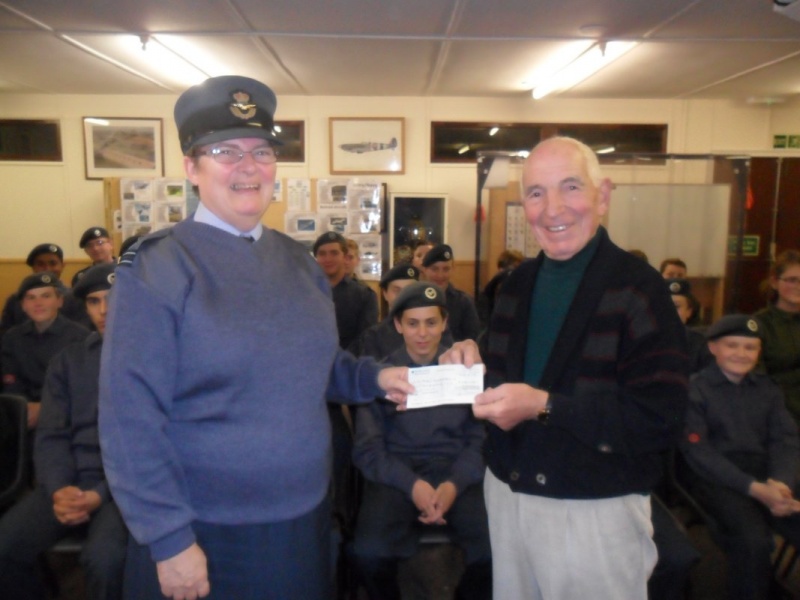 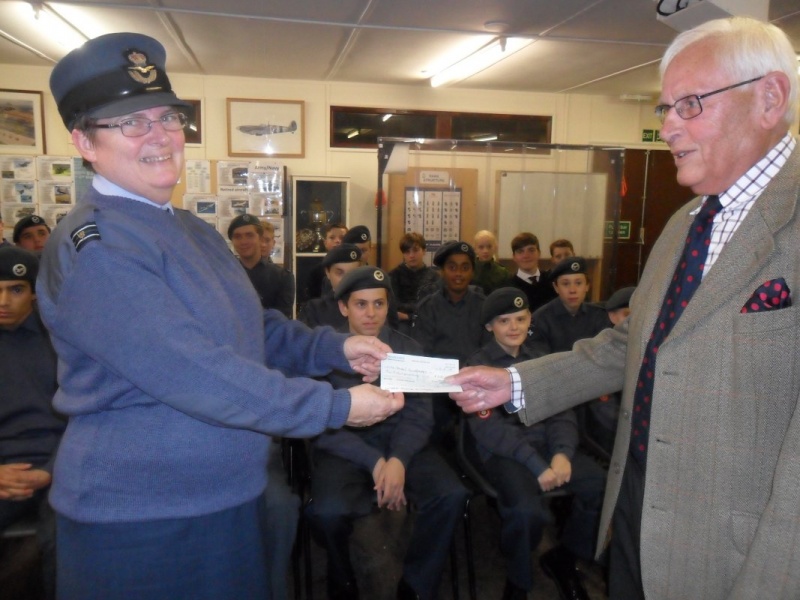 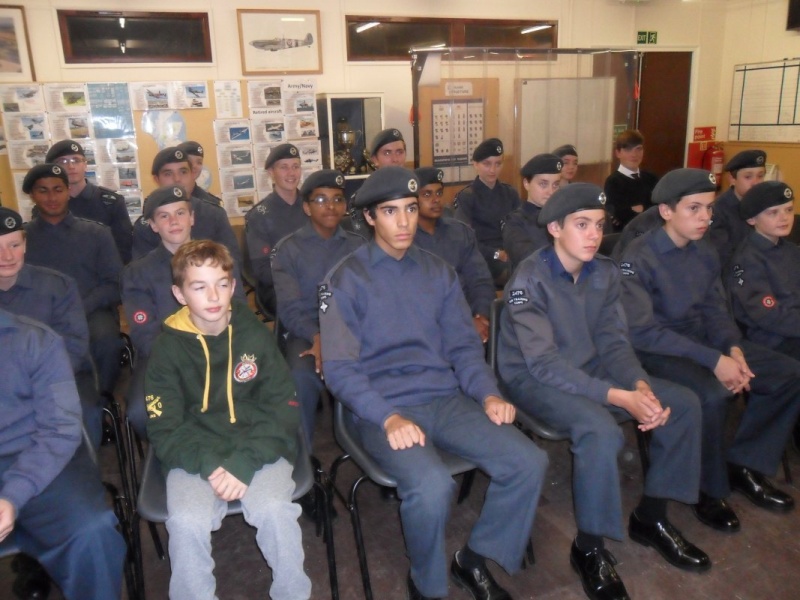 
On Monday 10th October, Stefan Bokos and Neil Macalister visited 2476 (Hutton) Squadron A.T.C  and presented a cheque to C.O Claire Penn in recognition and thanks to the group for their help with car park control at the "Summer Evening Jazz" Concert. 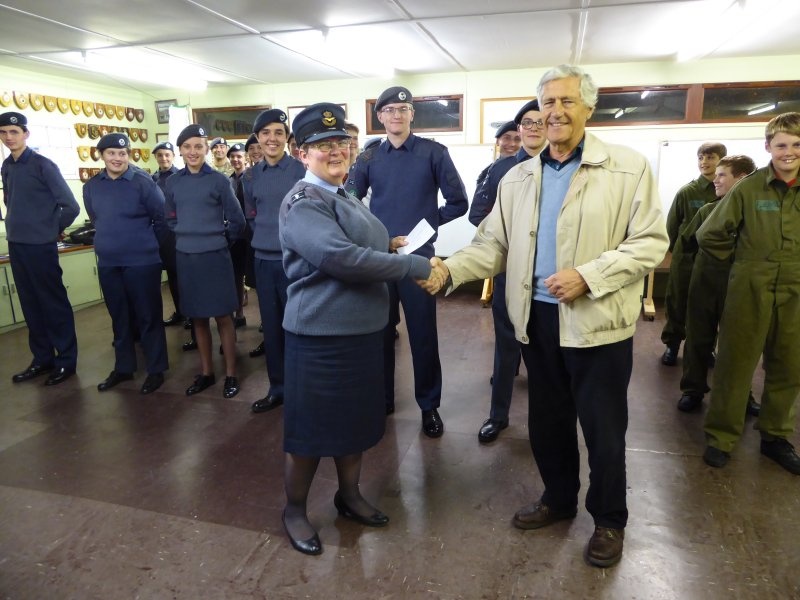 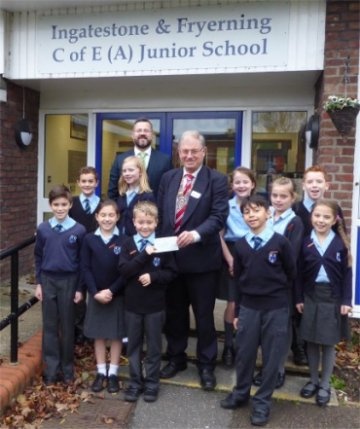 Raised at a recent Christmas Collection 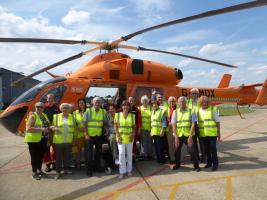 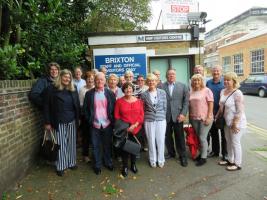 Visit to The Clink Restaurant at HMP Brixton 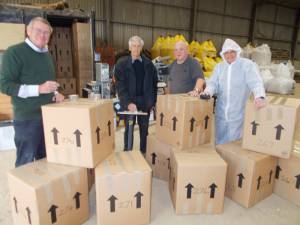 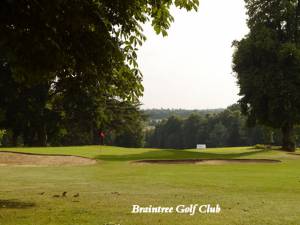 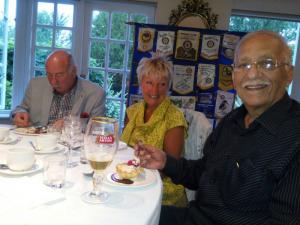 Visit by Rotarian from India

on 18th June 2015, Col (Retd) V K Kapoor of RC Khadki in Pune India, with his wife, visited the club. V K gave an interesting talk on his club's activities. His son, Akshaya, was delighted his parents were made so welcome. 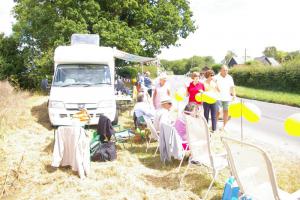