18 members, partners and friends enjoyed a great evening having a tour of Clifton House and viewing the sunset from the top of the tower 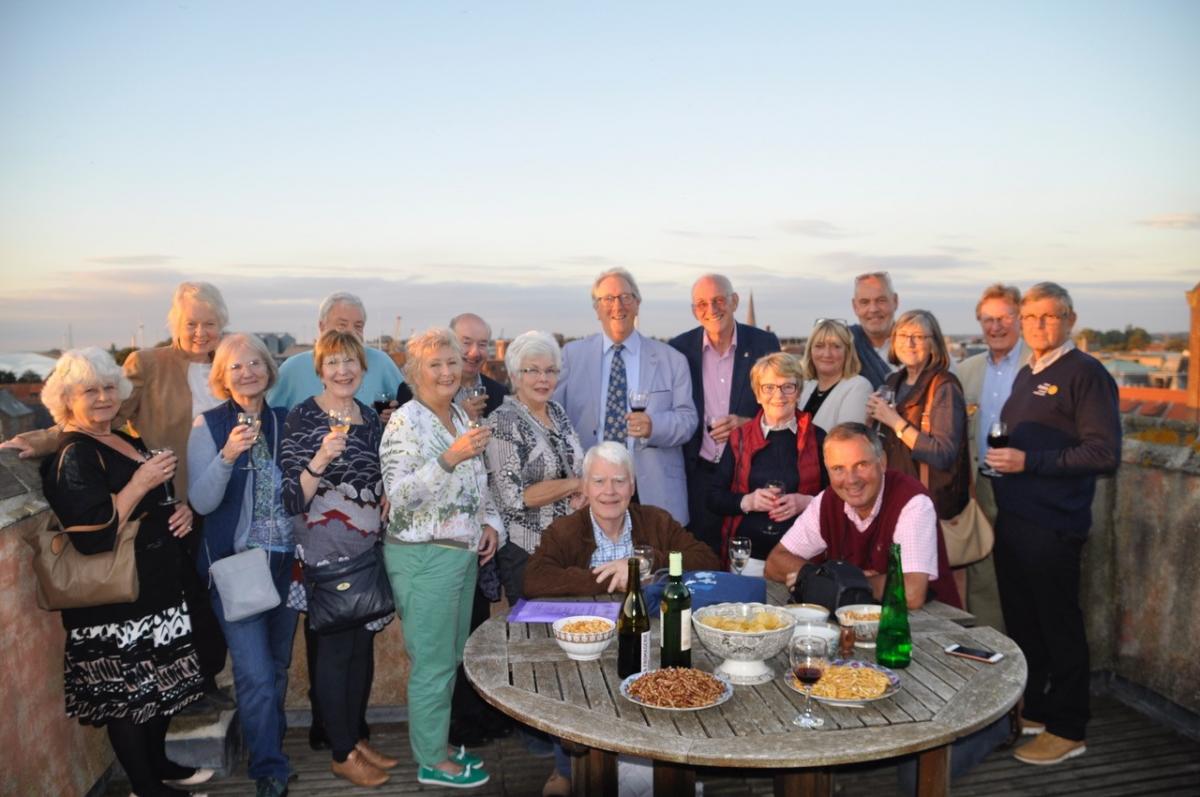 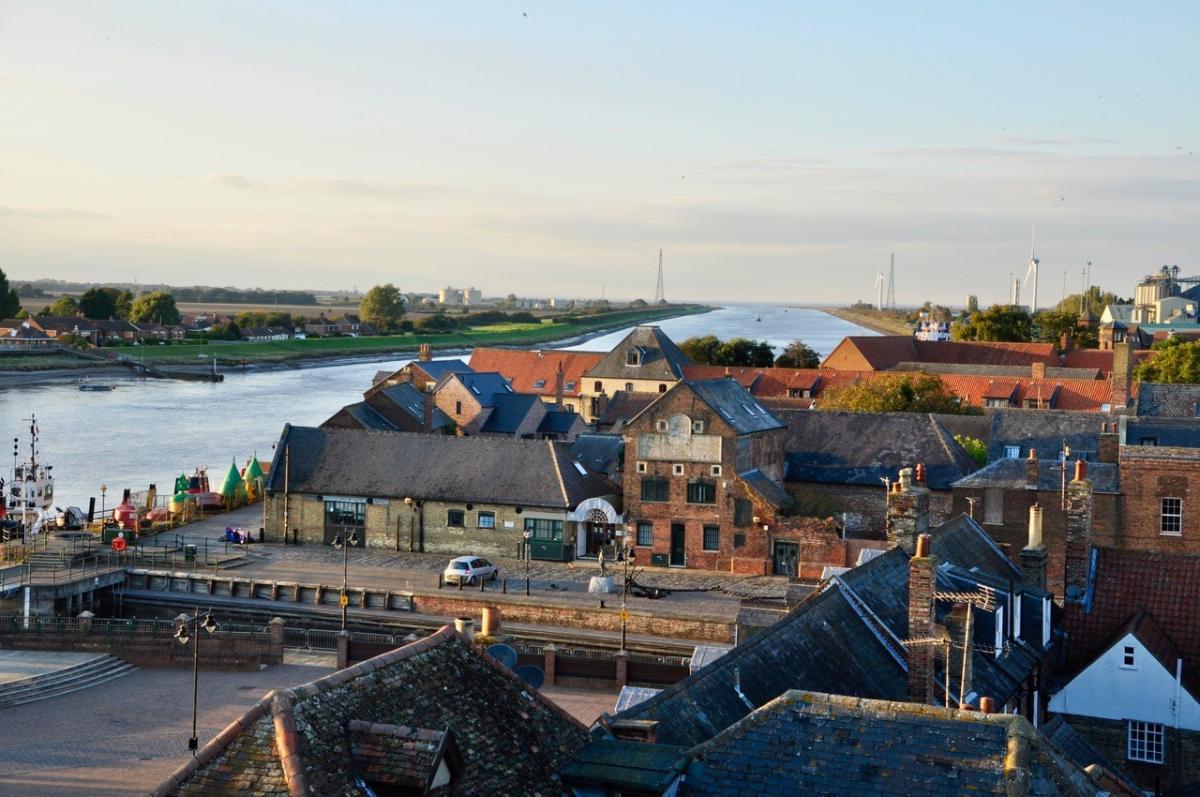 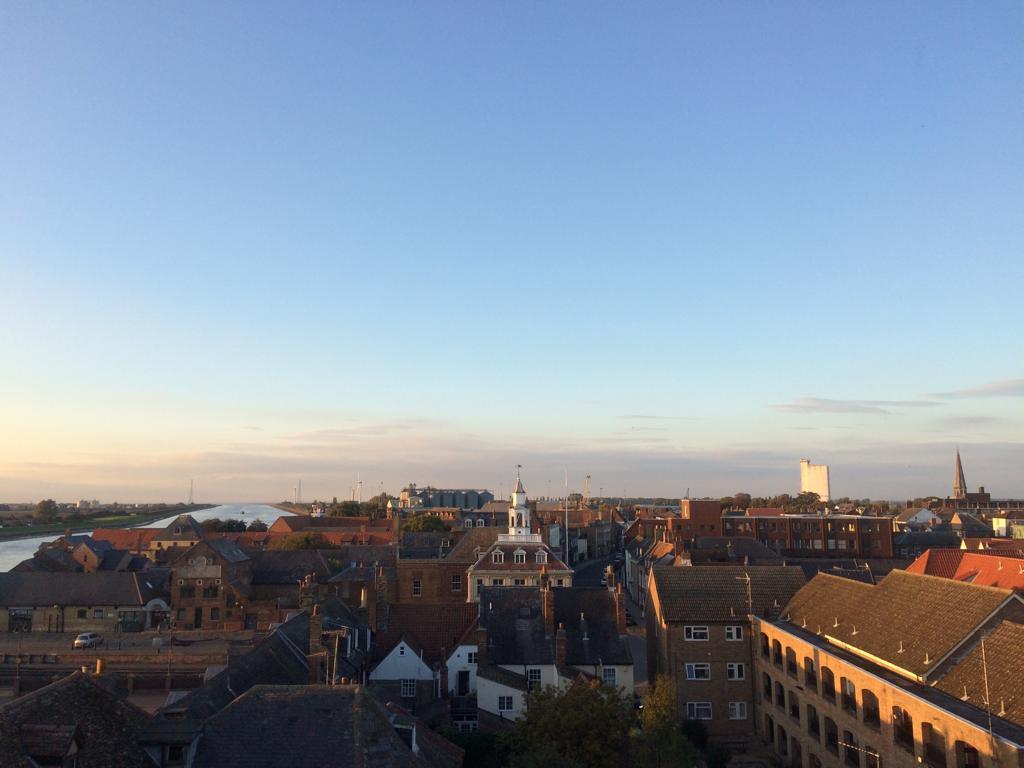 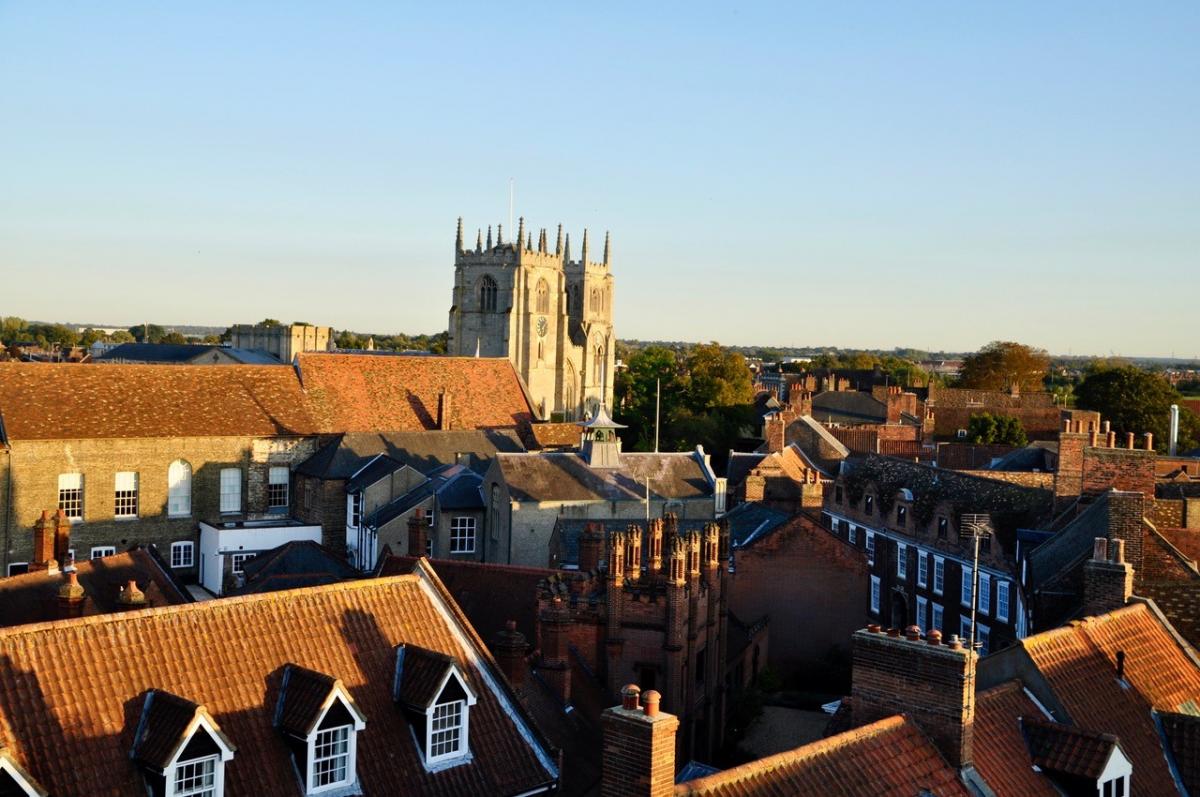 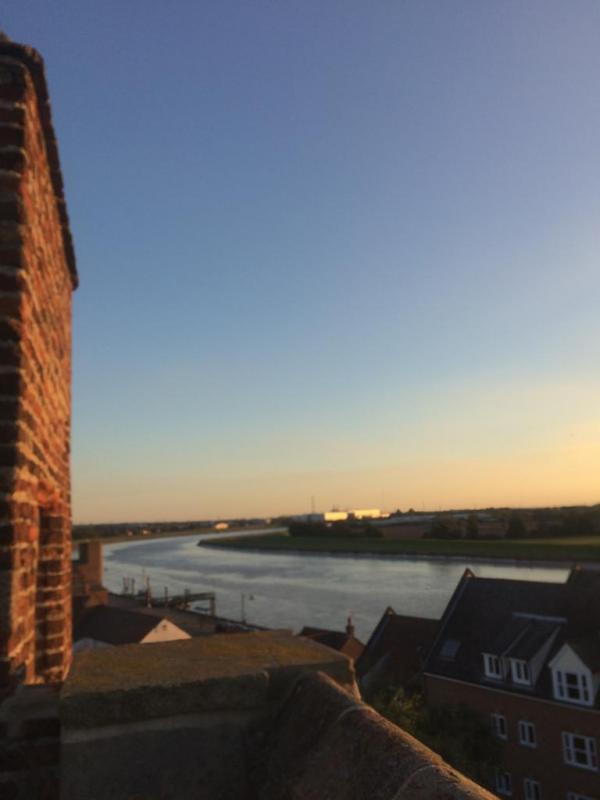 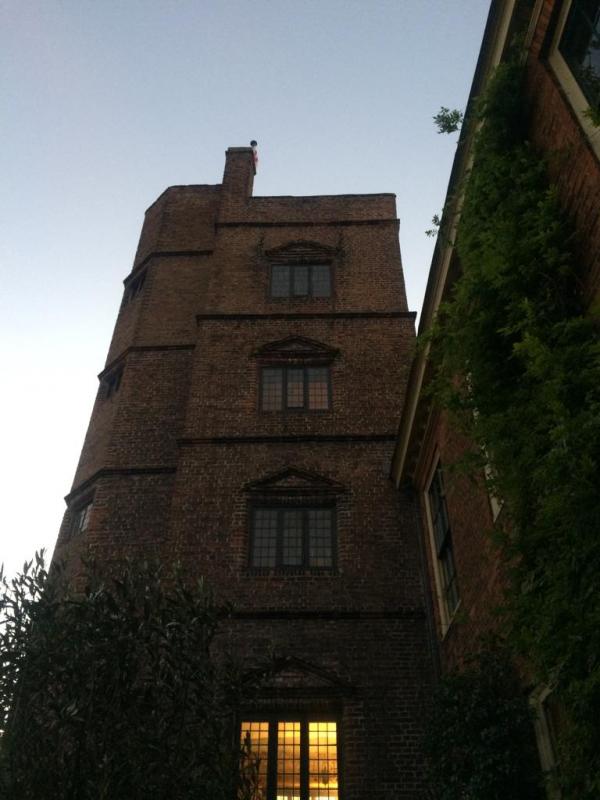 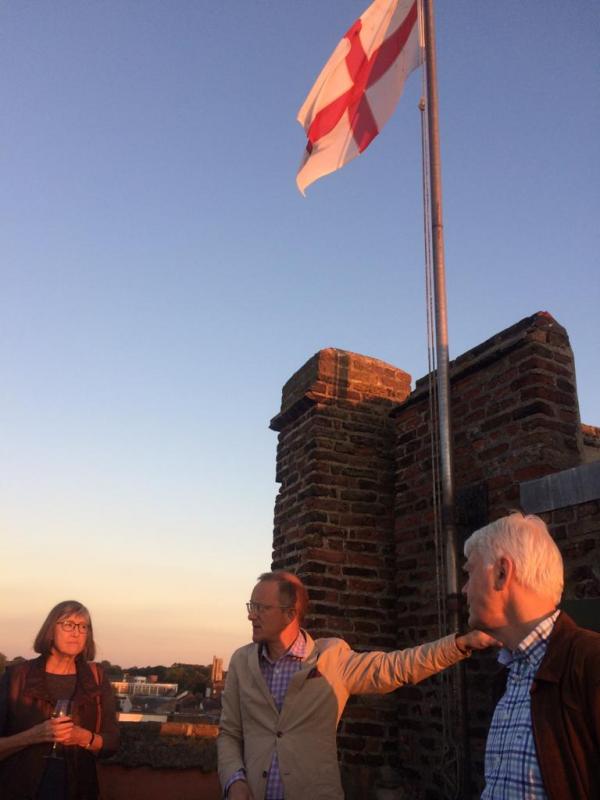 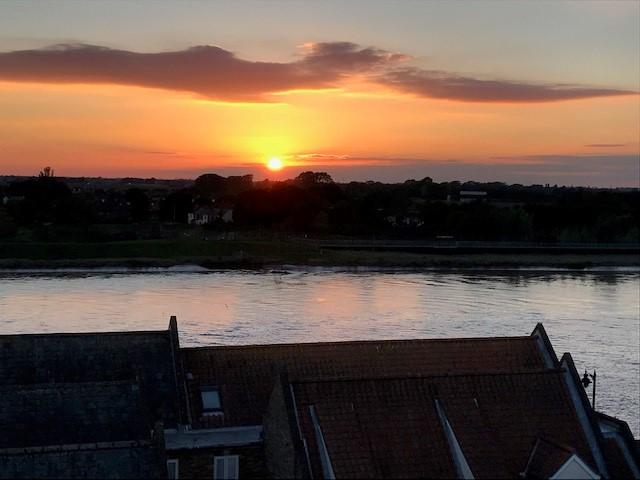 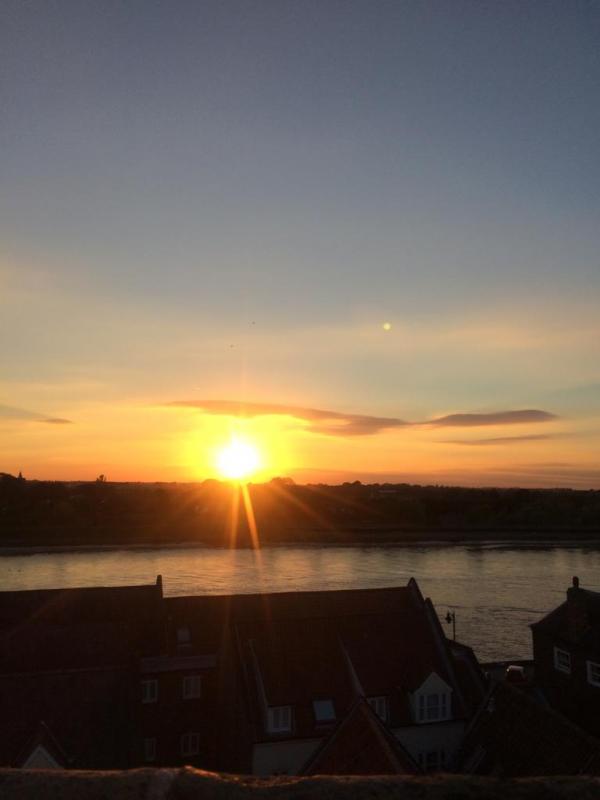 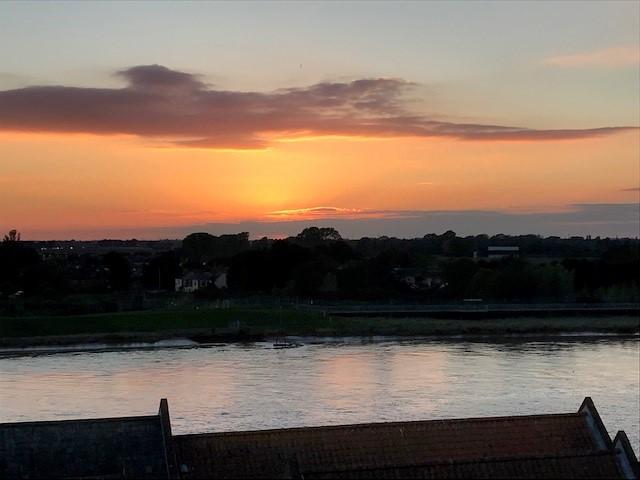 What an enjoyable evening.  On a warm and sunny September evening, we climbed to the top of Clifton Tower where we enjoyed the spectacular views in all directions with a glass of wine and some nibbles.

After explaining the significance of the house, which dates from the 13th century we were given a guided tour of the house by its owner Simon Thurley, the former Chief Executive of Historic England.

The house was a very wealthy merchant's house which demonstrates the positon of King's Lynn as the third largest port in England in the middle ages.  More recently it was occupied by the Borough Council in the 1960's and 70's.  It was then partially restored by the King's Lynn Preservation Trust, (in  which Tony Williams and Mike Hannant are involved) before being sold to Simon Thurley.  He has continued with the detailed restoration of the interior of this amazing house.  Few of us had any idea of the scale of it, with 40 rooms and over 10 bedrooms it has the scale of a mansion.

Simon's detailed knowledge expertise and enthusiasm brought its history to life and made it a memorable evening.