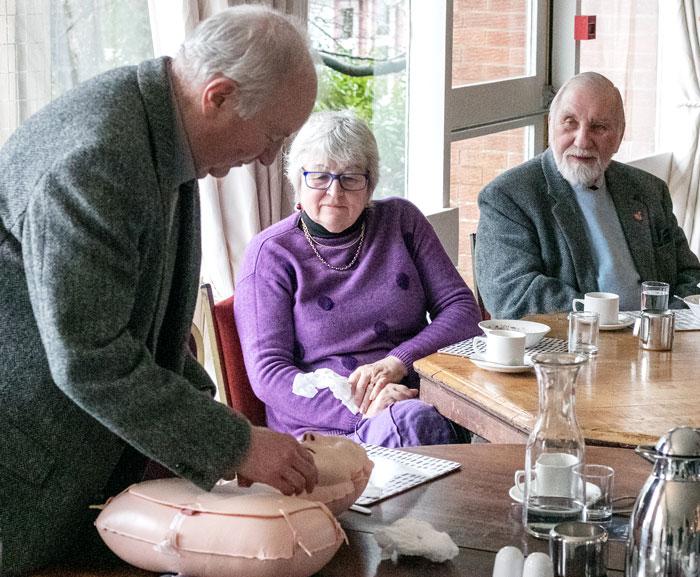 President Mike Jane welcomed twelve other members and guest Gail Horton. He asked that any inquiries about the Young Photographer competition in the next two weeks be directed to him in the absence of Reay Mackay.

Graham Smith, on behalf of St John Scotland Dunbartonshire, spoke about the Scottish Government's Save A Life for Scotland campaign, aiming to train 500,000 people in bystander CPR. He said that CPR should be applied when someone had a heart attack, and speed was of the essence.

He said that any danger in the situation should be assesed, any response from the patient noted, and someone should phone for help. The victim's airways must be free and clear, and the helper should listen and look for breathing and chest movement, then CPR should be applied. He demonstrated what should be done, then members had the chance to practice the procedure.

The president added that it must be done vigorously, even if a rib was broken, as light pressure was insufficient, and he thanked Graham for showing how CPR should be performed.

The weekly raffle for a whisky miniature was won by Gordon Burgess.