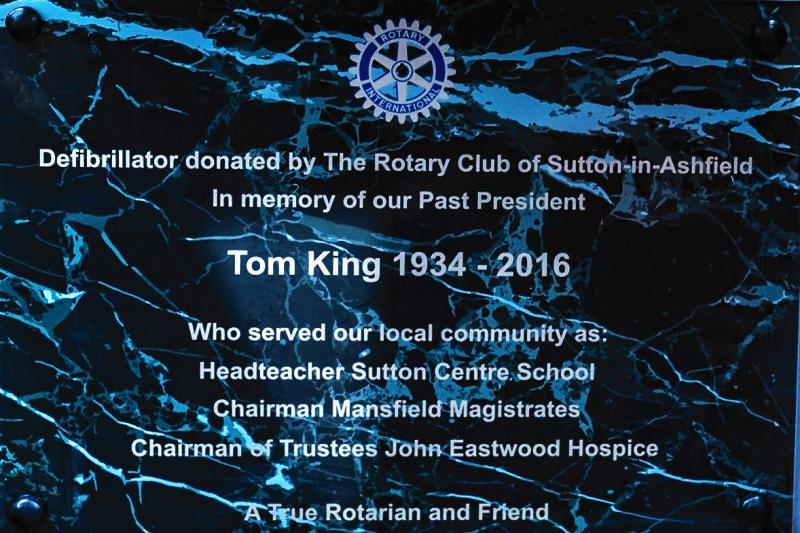 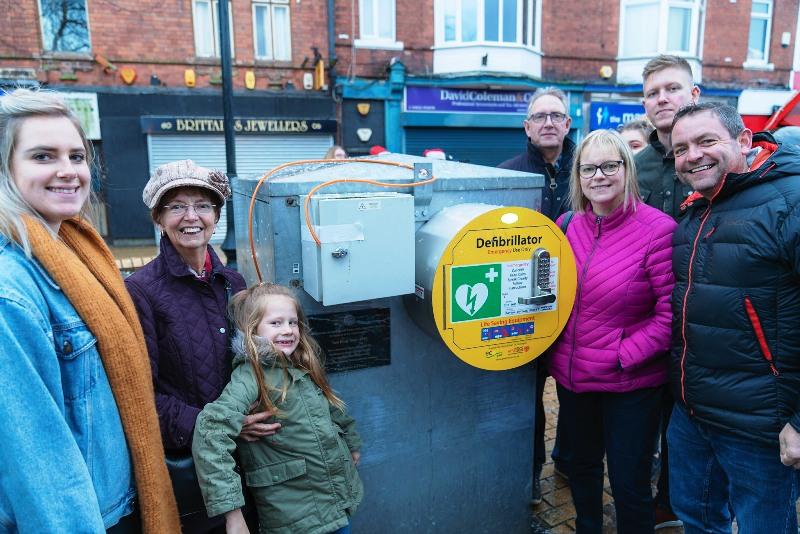 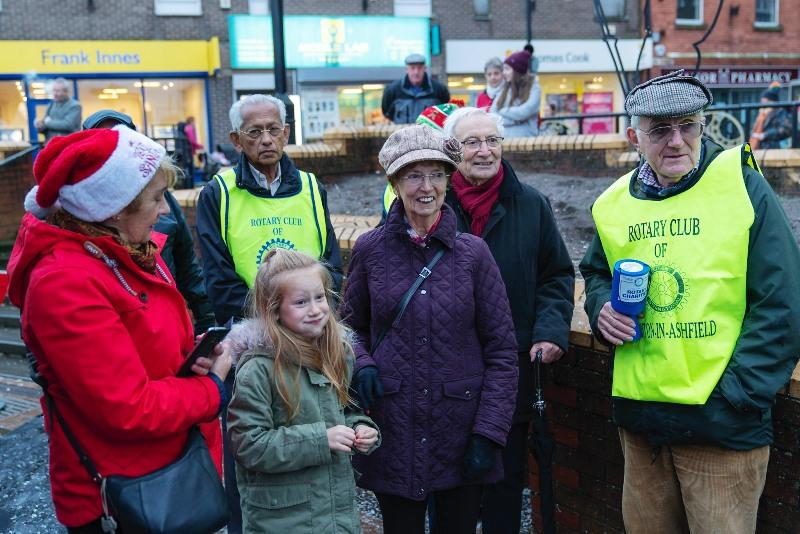 Janice King with Members of Rotary 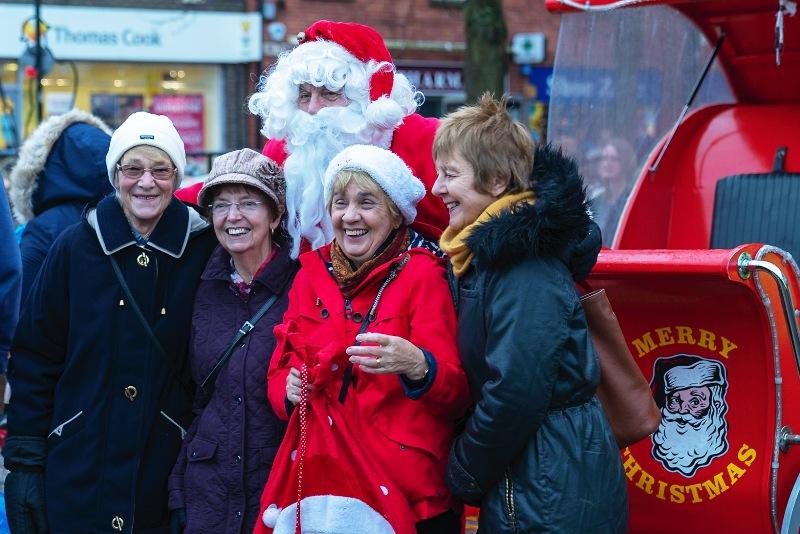 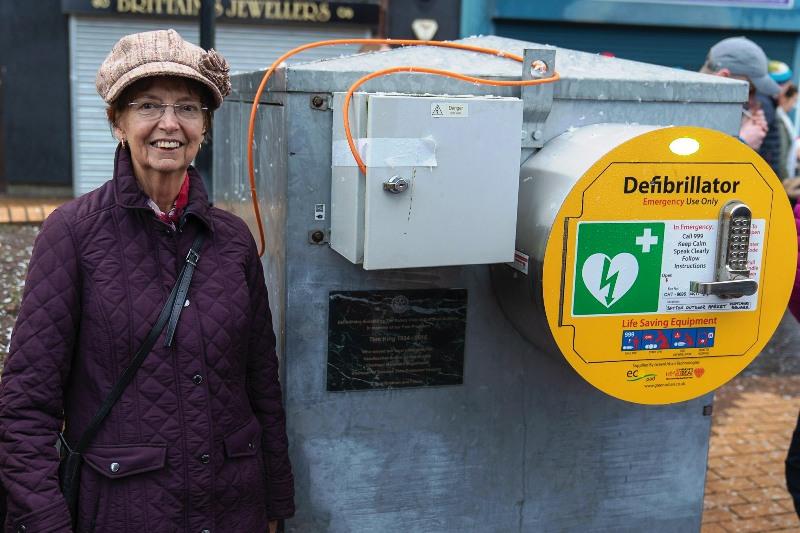 Janice King with the Defribillator 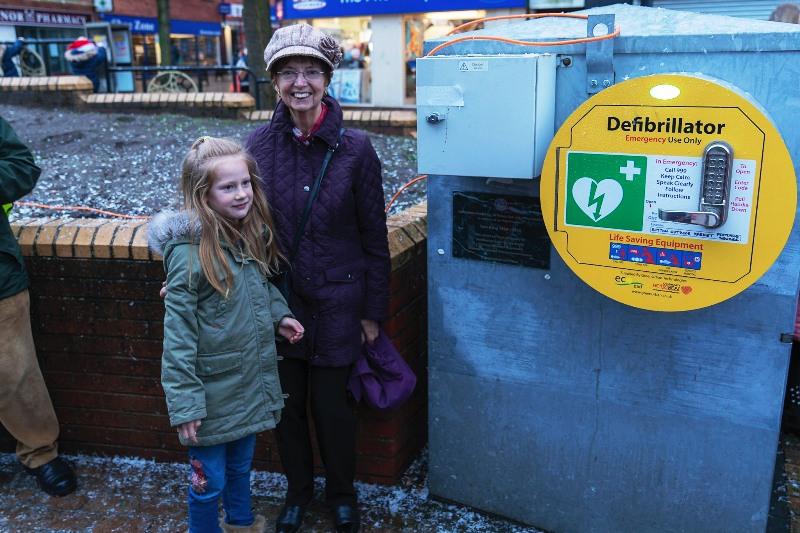 Speech by Resident Adrian Dempster at the Handing over of the Defibrillator:

A few months ago, the Rotary Club of Sutton in Ashfield heard that the defibrillator here in Portland Square had gone missing and one of our members, John Pearce, proposed that we raised the funds to replace it. The club agreed, and John put a lot of work into liaising with the defibrillator supplier and Ashfield District Council and, thanks to an anonymous donation, within a very short time we were able to buy the latest model. It is now in place in its cabinet, ready for use when the need arises.

The members of our Rotary Club decided that we would like to donate the defibrillator in memory of a well-loved member of our club, Tom King, who died just over two years ago. A local man, Tom was universally popular and everyone who knew him loved him. He was the Head at Sutton Centre for a number of years, during which time he became a member of Rotary. Tom was a magistrate for many years and was also heavily involved with the John Eastwood Hospice. He was, for some time, the Chair of the trustees there and in latter years was made an honorary vice chair in recognition of his valuable service to the Hospice. After he retired from teaching, he took up golf and was a member, and past captain, of Coxmoor Golf Club, where we hold our weekly meetings. After Tom died, social media was full of tributes to him, many of them from former pupils, who had fond memories of him.

I’m delighted to hand over the defibrillator officially to Sutton in Ashfield on behalf of our Rotary Club. I’m especially pleased to welcome Tom’s widow, Janice and  family to take part in this handover. I’m now going to ask Janice to reveal the plaque, which commemorates Tom’s life. 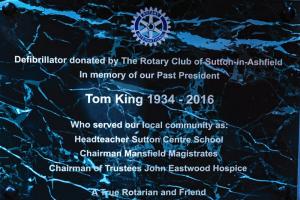 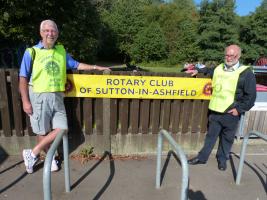