The Draw took place at the Royal Oak on Sunday 4th at 2pm.

With the Monmouth Raft Race being cancelled due to lack of water in the Wye, the planned Draw for the Rotary Clubs of Monmouth, Abergavenny and Chepstow Community Draw was made at The Royal Oak, Hereford Rd. instead. (Pictured are the Presidents of Monmouth and Abergavenny, Debra Lake and Robert Parker making the draw on Sunday 4th September).

The three lucky winners this year were Helen (£250) from Chepstow; Kevin (£150) from Bulwark and Mel (£75) of Abergavenny.The charities they had supported were Mencap and two separate School PTAs.

This novel Draw is designed for smaller charities so that they receive all the proceeds of tickets they sell, while Rotary meets separately the costs of the licence, printing and prizes. Over 30 charities took part and will benefit directly from the £7k+ they have raised. Thank you everyone who participated to help make this event a success.

The event will be run again next year with the Draw tickets becoming available in May 2023 and the Draw being held at the Monmouth Raft Race in early September, subject to river levels being back to normal levels.

If you are a community group and might wish to participate next year please contact Monmouth, Abergavenny or Chepstow Rotary Clubs to learn more.

more Last year the Club donated nearly £36000 to local, national and international charities. Most went to local Charities specifically nominated as fund raising events for them. Details below

Rotarians in the Community

more Many Rotarians contribute to the community with enthusiasm helping make Monmouth and surrounding villages the vibrant communities they are. This page describes some areas of involvement.

more Monmouth Green Wall replanted for the winter. The flowers covering the walls of the Blestium Street toilet block in Monnow Street Monmouth, have been giving pleasure to residents and visitors for over 3 years. 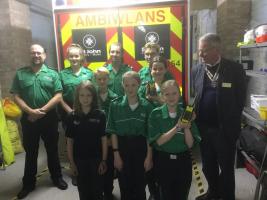 more Each year Rotary Monmouth provide grants and community support to local organisations. In general we prefer to support groups rather than individuals. Please contact the club using the form at the bottom of the page if your group would like assistance 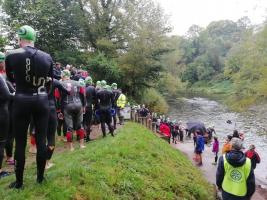 Ask the club for support

Rotary Monmouth in the Community