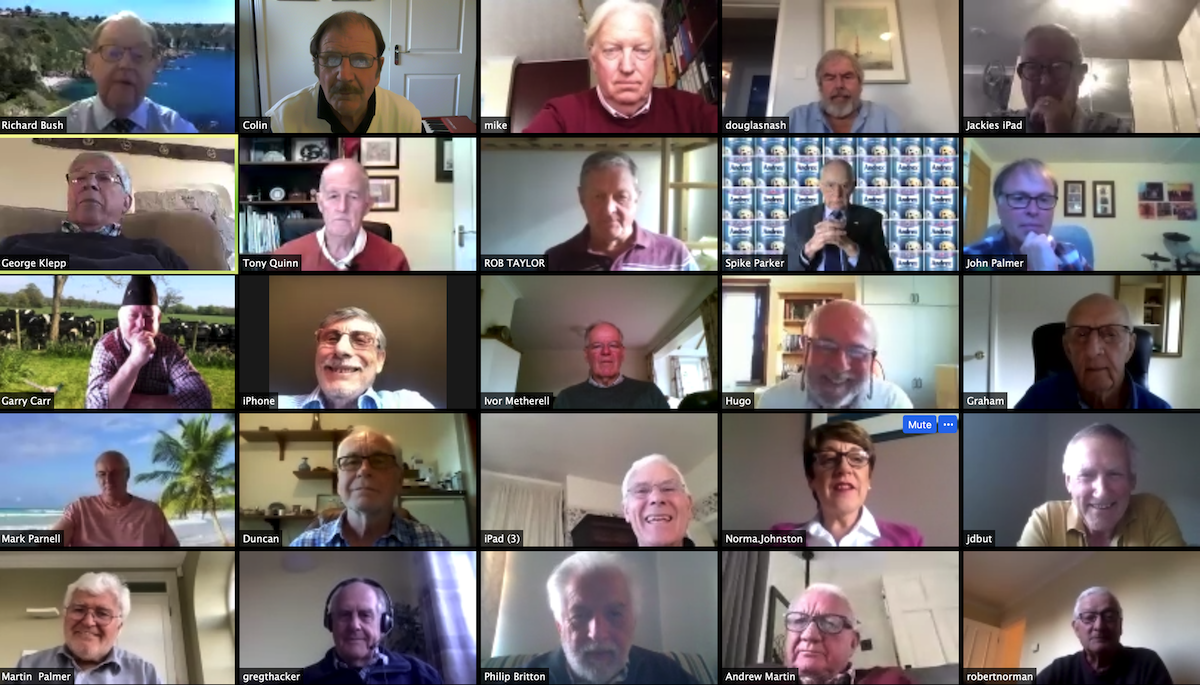 Club Continues to meet online @ 19:30 every Tuesday evening
As well as the 18 Chelwood Bridge members attending the Zoom meeting which included a rather dubious looking Herr Adolf Hitler aka a certain J Farmer. We were  joined by several visitors from other clubs: Jorge Vega Diaz from RC Valparaiso, Chile who we know from our connections with WSB. Also members from Frome Selwood, Wrington Vale and Weston super Mare.
A total of  28 attendees and we enjoyed a comprehensive presentation by Richard Bush of Bathavon Rotary entitled “The German Occupation of Guernsey in World War II”. Richard has an extensive knowledge of the subject as his parents were living there in that period whilst he was evacuated. He showed many examples and told several stories about what went on during the Evacuation, Occupation, Internment and Liberation stages complete with video archive material and many photos.

Donations to the Food Bank:- John Butler confirmed that £200 had been sent to the Keynsham Food Bank and that something over £350 per month had been committed from members meal bills. Anyone who still wishes to do this and hasn't done so can contact John direct. It is planned to continue this contribution for the next 6 months, as a preferred option by the Food Bank
Next weeks meeting:- Douglas Nash will be giving us a talk under the heading of “There but for Fortune”. Tune in to find out what that means!
The Club will continue to meet online for the foreseeable future. Access can be made by PC/Tablet/Kindle/Smartphone or landline.