Lutz and the two Davids reached Bansang Hospital in a remote area of Gambia last week after a three week journey. They are donating a Four Wheel Drive car plus a trailer full of educational items, clothing and medical aids. 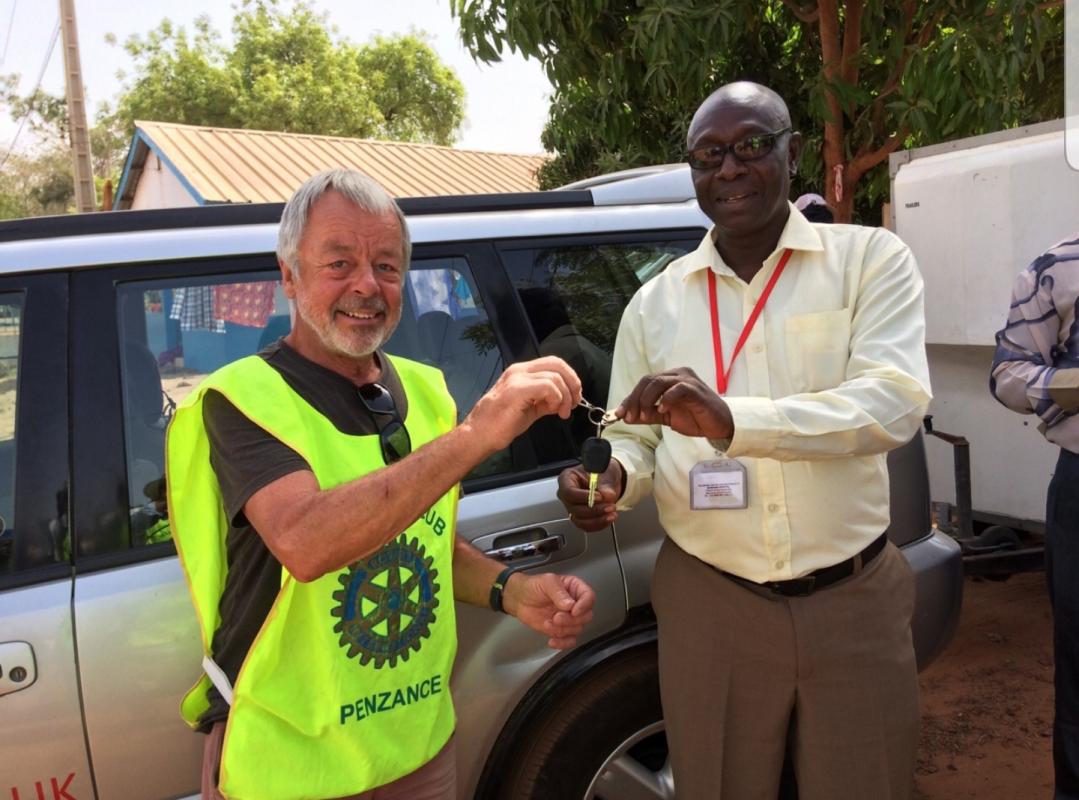 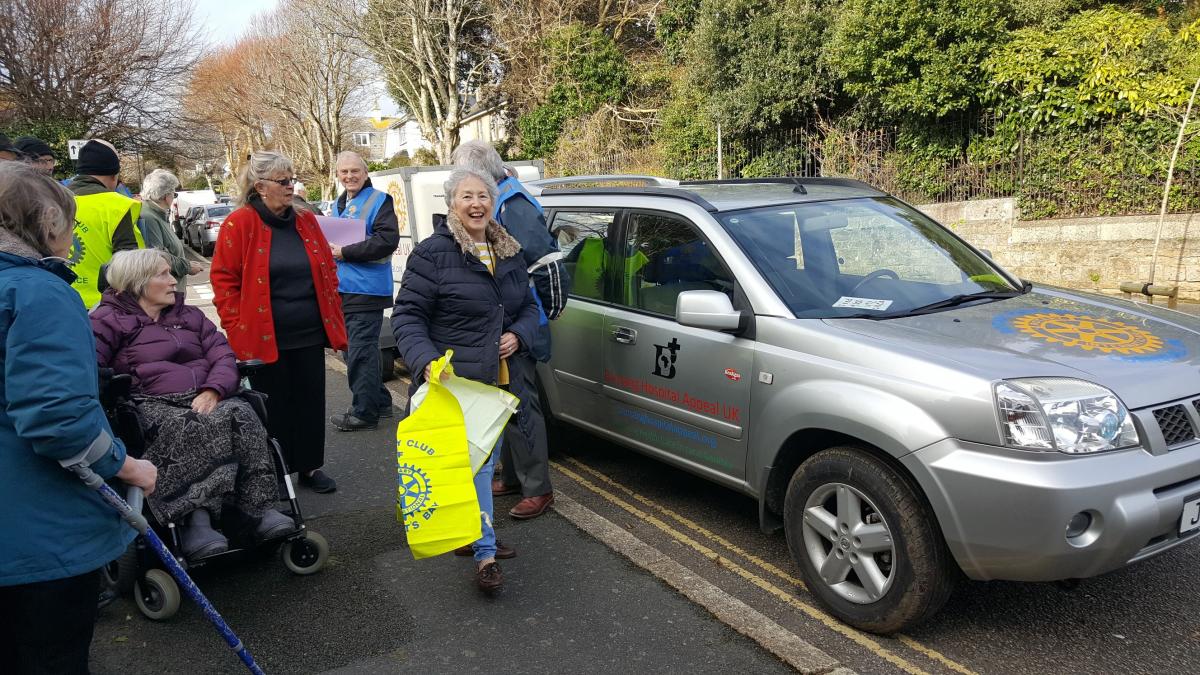 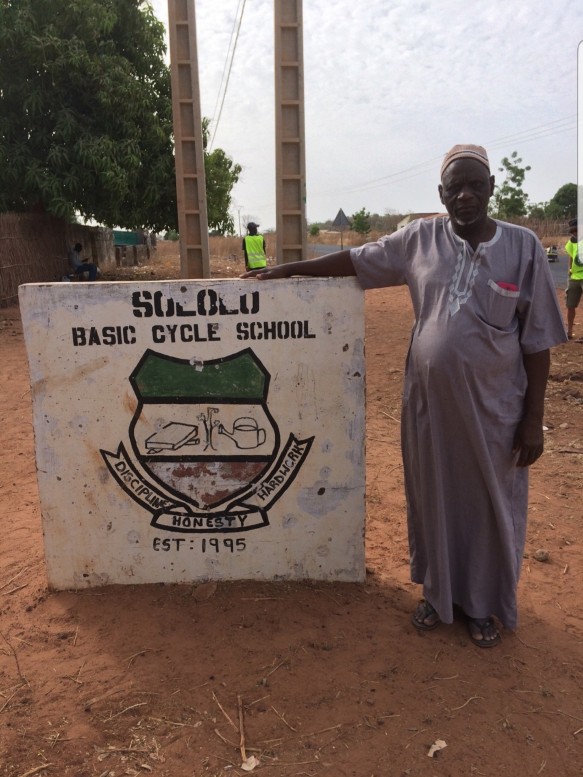 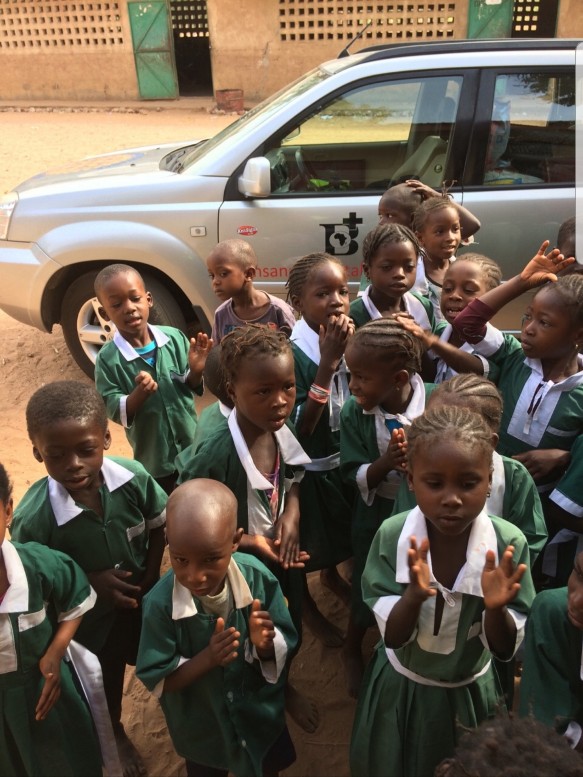 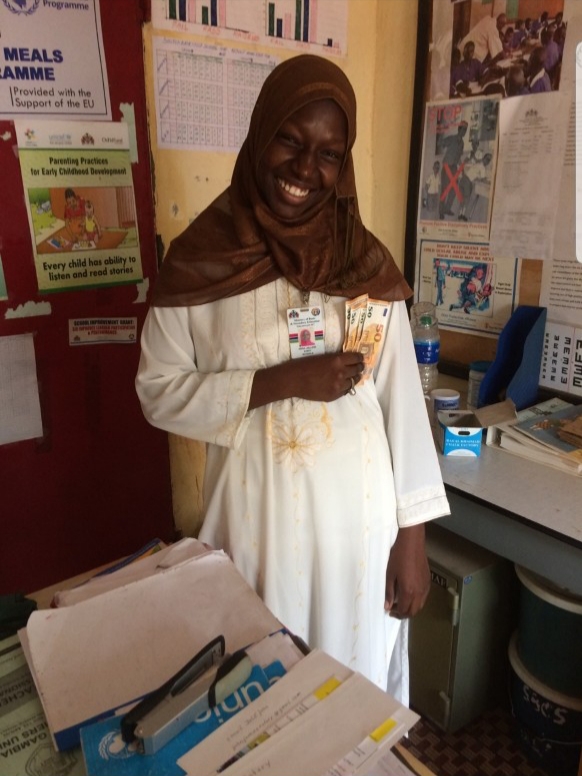 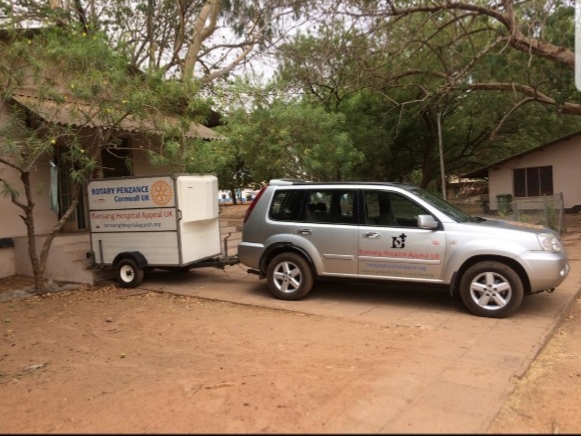 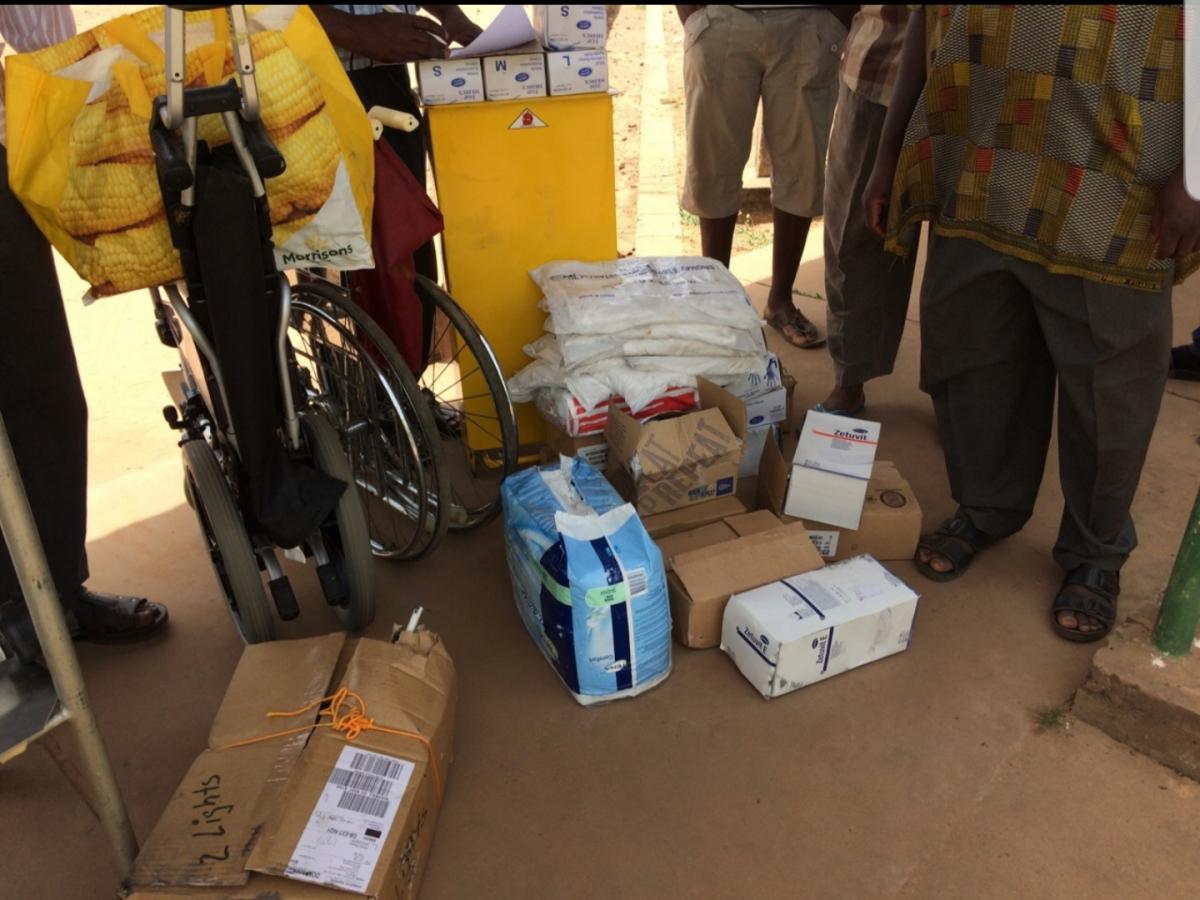 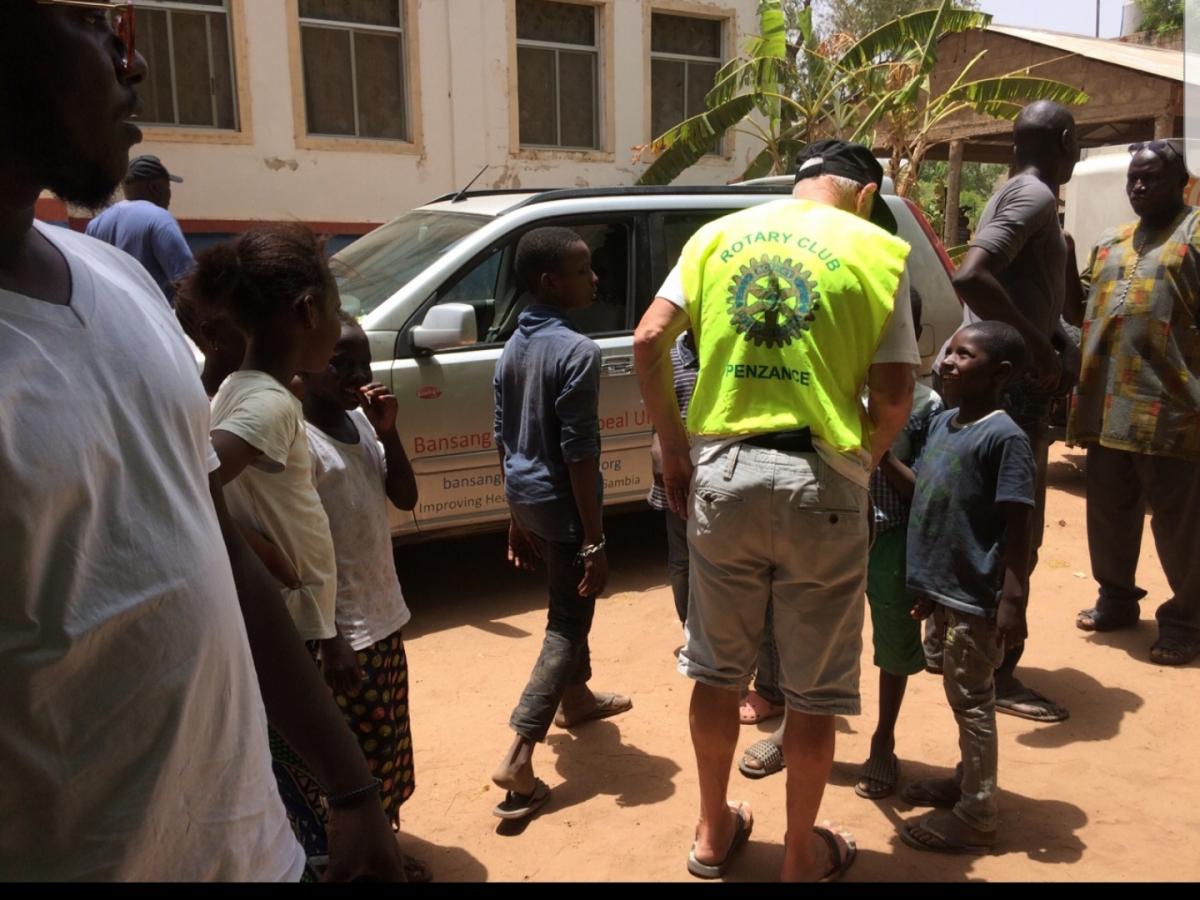 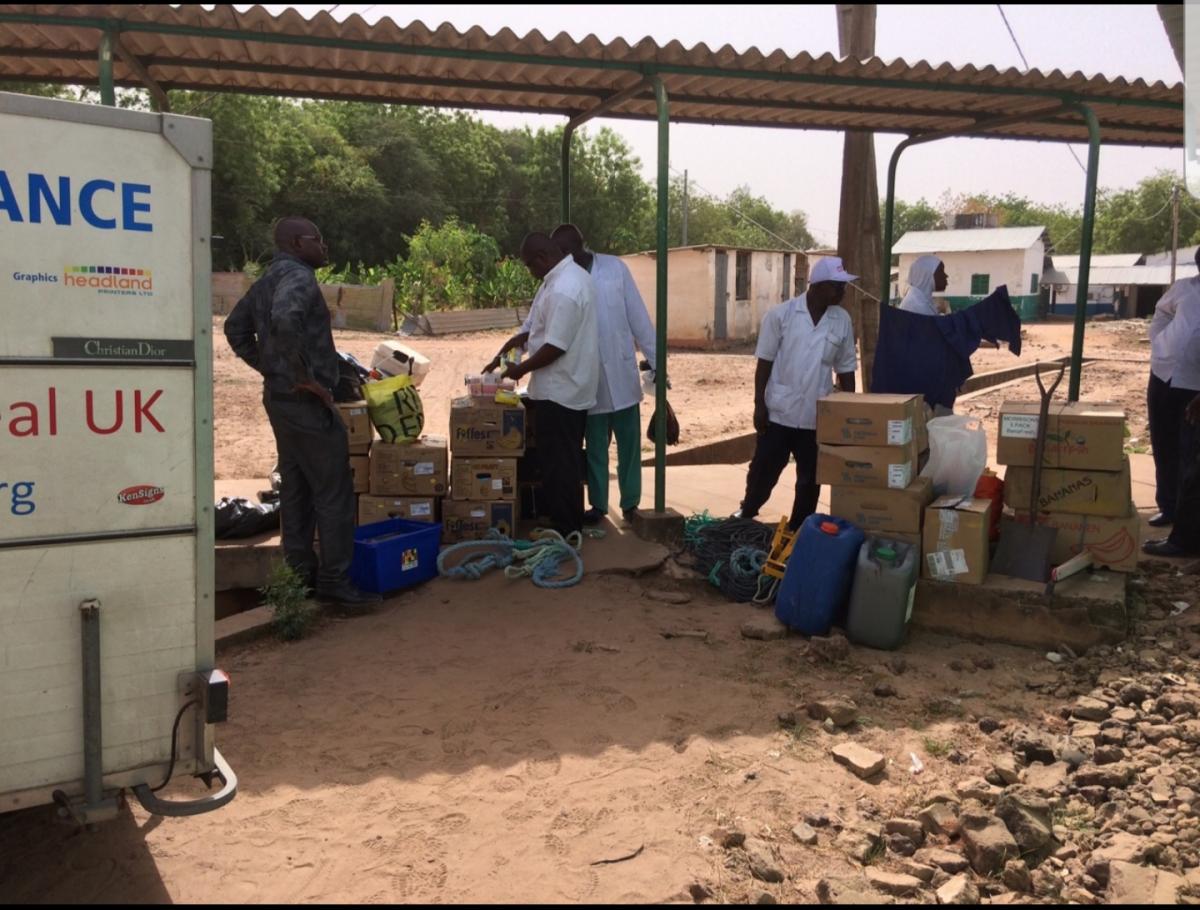 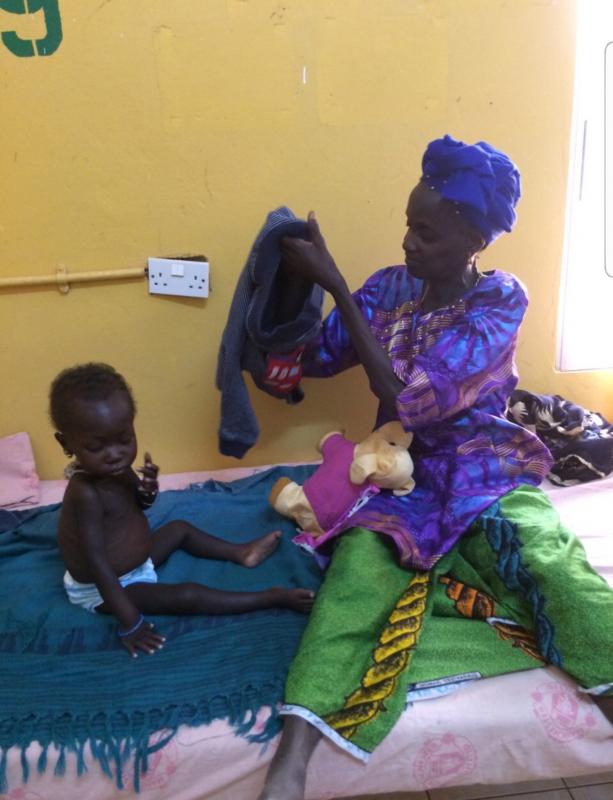 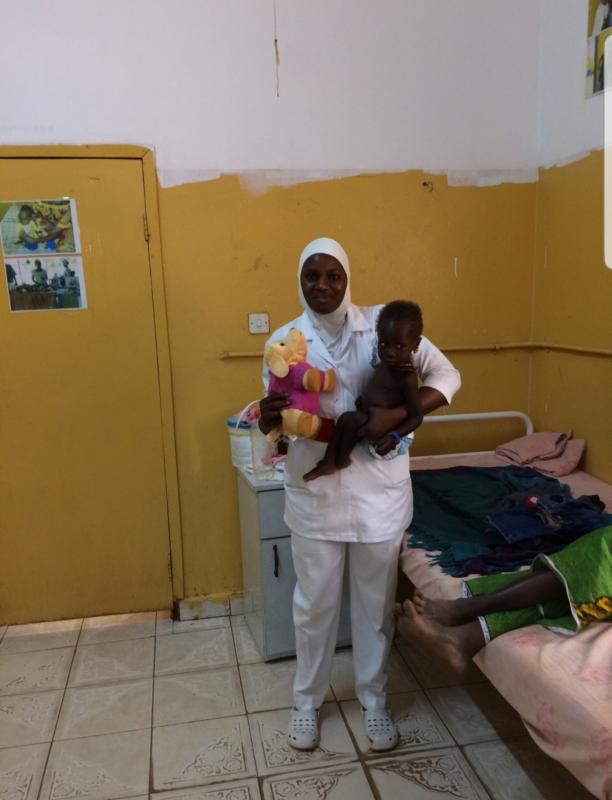 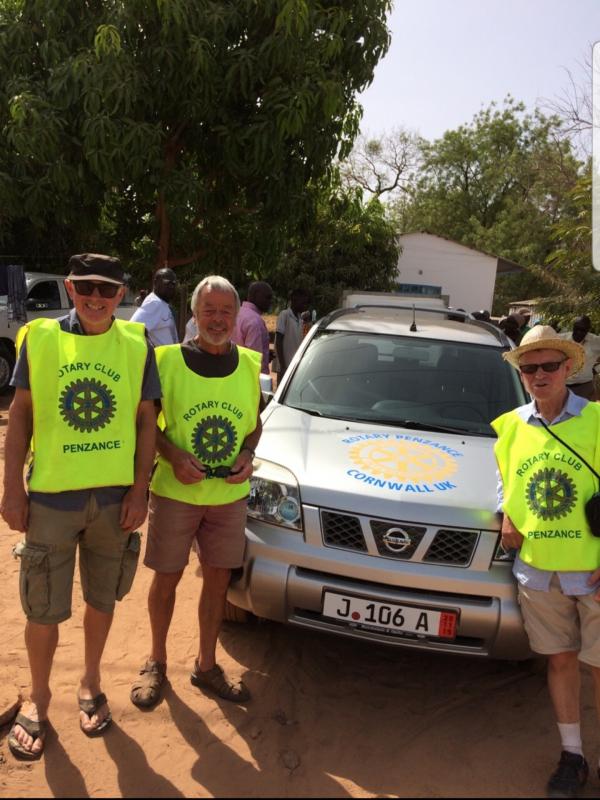 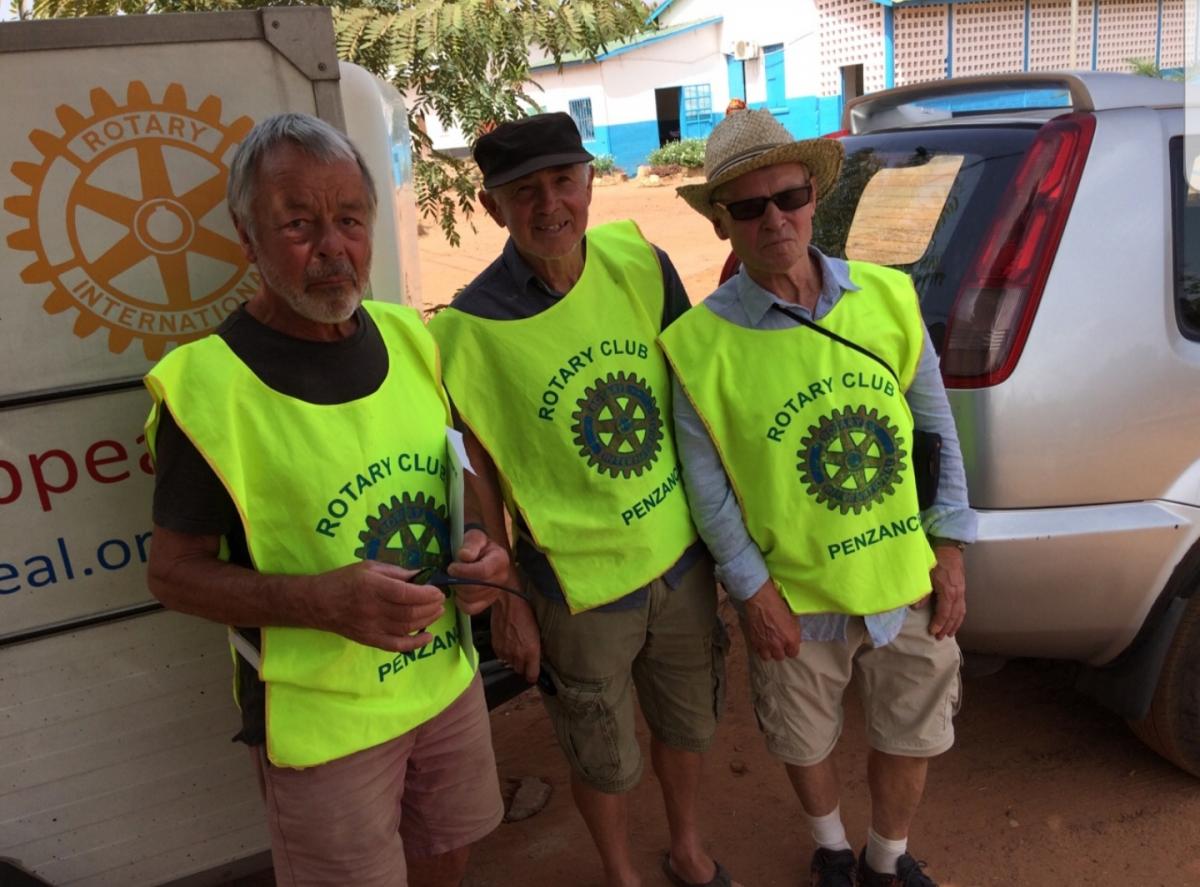 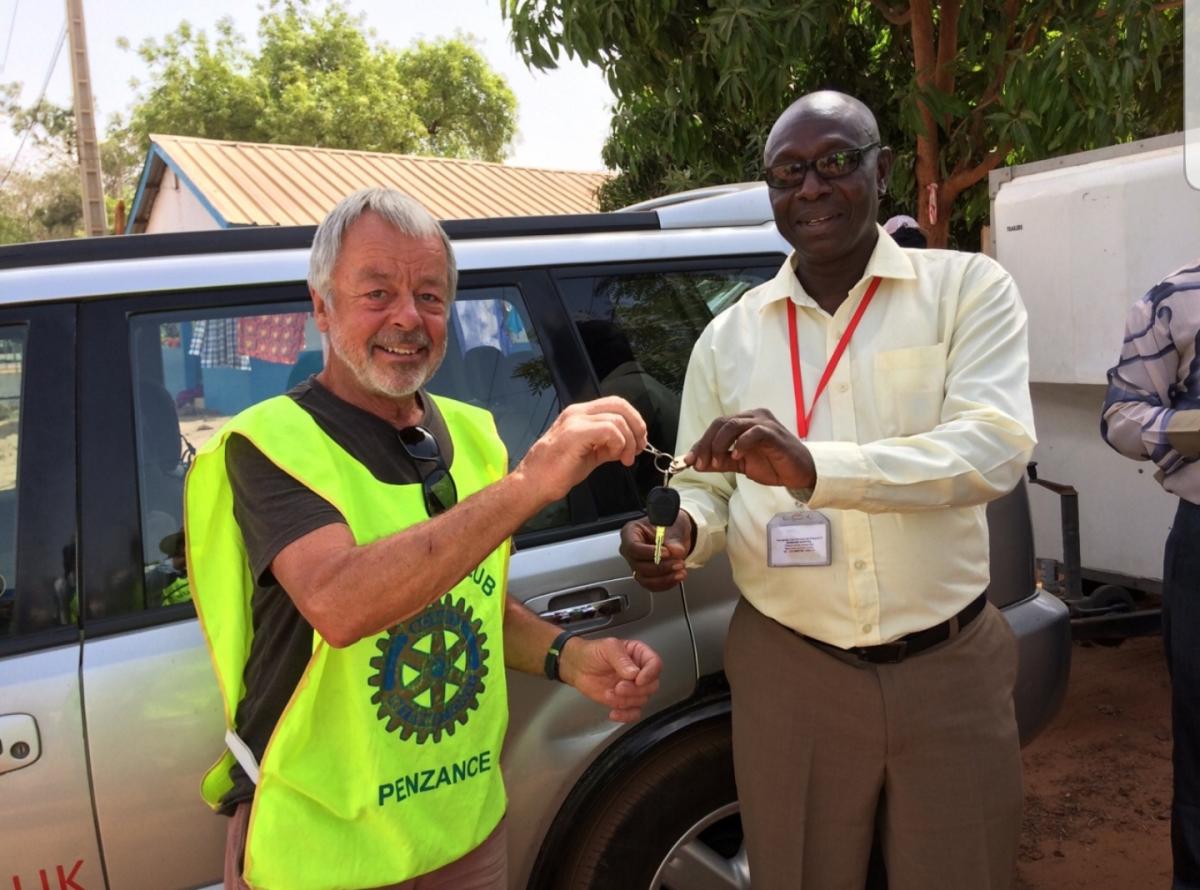 Having endured rough seas in the Bay of Biscay, high temperatures and sparse comforts over 4,000 miles, some unscheduled outlay to gain what we'll call 'local' adminstative approval at check points, somewhat demanding border checks and an enforced delay  whilst tracking down a second spare tyre in a remote town in Senegal, the team's three week journey final ended and has been followed by a hard earned week of recovery and exploration in Bansang.

This week, the team have been shown every section of Bansang hospital by the proud medical staff who, every day, try to work small miracles with very limited resources.

After visiting the Sololo School, back at the hospital, Lutz located the motor scooter that he had donated to the hospital 18 months ago - it was still in working order. He also found a store full of broken wheel chairs and successfully used his mechanical engineering skills to carry out repairs.

One last service and a clean of the car and finally the day had arrived for the formal handover. Medical and admin staff were on hand for the ceremonial passing of the keys. Smiles and thank yous all around.

Rotarians, friends and family back home have huge respect for the team's achievement. Service above Self may be well known as the Rotary motto but Rotarian Lutz, more than most, you have walked that walk yet again.

Well done to all three of you.

The team have reached Bansang Hospital and received a warm welcome after a somewhat challenging overland journey.

WELL DONE to you all.

Having reached Bansang, over 4000 miles from home, the team received a wonderful reception and were escorted from the edge of the town to the Hospital.

After two days at the hospital, being shown around every section by the medical staff, they set about unloading the donations from the trailer. Firstly, every hospital worker was given the opportunity to choose one item of donated clothing - cleaning staff first.

Later the team cycled out to the outskirts of the area to locate the Sololo Basic Cycle School and interview the headteacher.

Arrangements were made to return at 9am the following day to present supplies for the school, including a Literacy Box donated by the children of Marazion School.

The teachers and children were all on hand to give another warm welcome, every child wanting to shake hands with Lutz and the two David's. 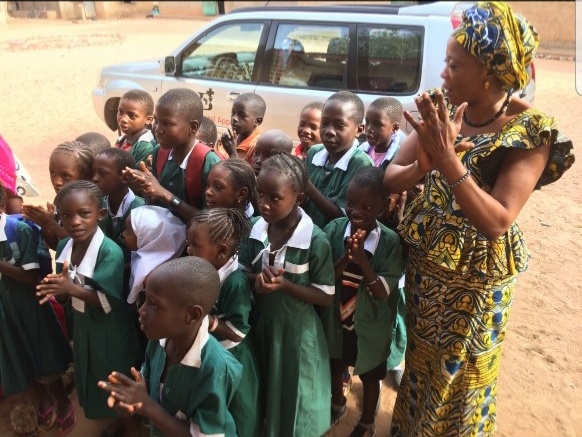 Lutz had a very rough ferry crossing from Porsmouth to Santander but successfully met up with the two David's who had taken a flight to meet him in Spain.

Progress down across Spain was rapid, achieved largely in one 800km drive followed by a couple of days R&R in southern Spain.

The crossing again by ferry to Morocco involved a one and a half hour border check but finally into Africa, the team had their first night under canvas.

Having left the wet and windy weather of the UK behind, temperatures now in the mid twenties centigrade were very welcome.

As of today, Lutz, David and David have made good progress across Morocco via Meknes, Marrakech and Agadir and have headed further west right around the coast of Western Sahara to within 180km of the border into Mauritania. The temperature here to the south reaching 39° at one point. Lutz is anticipating some delay and some usual fun & games negotiating their way through border controls.

Rotarian Lutz Eiser is off to the Gambia again!

This time Lutz is driving a car and trailer full of donated goods for Bansang Hospital. The four wheel drive vehicle will be a great help to the medics that serve the most remote part of their country (2 years ago Lutz and another friend took two small motor bikes to the same hospital).

On Monday, a large group of fellow Rotarians, family and neighbours gathered in Kings Road to wish the team Buen Viaje as they first of all head for Spain. Lutz is being accompanied by two David’s - Morgan and Thomas for this mission.

The three travellers met up with each other temporarily in Penzance on Monday as Lutz set off for Portsmouth on the first leg of the journey. The two Davids will now fly to Santander in Spain to join Lutz for the onward journey. 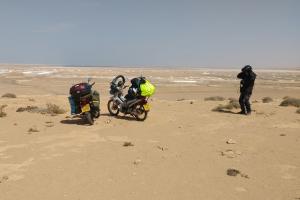