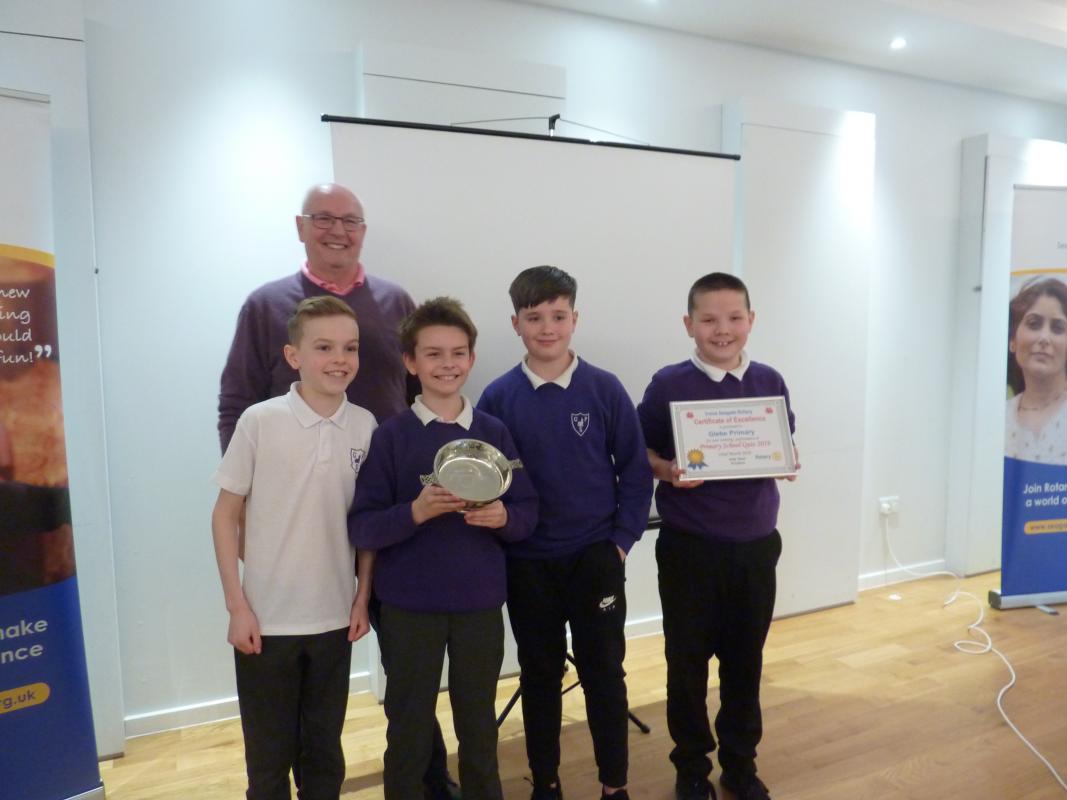 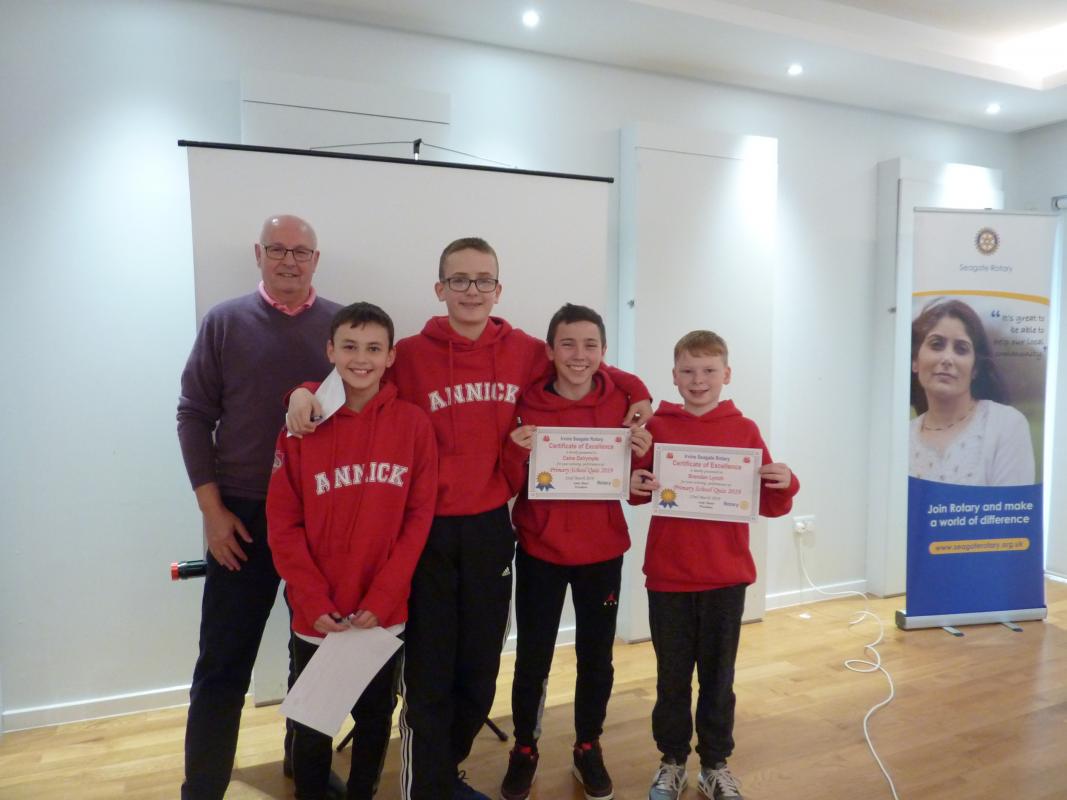 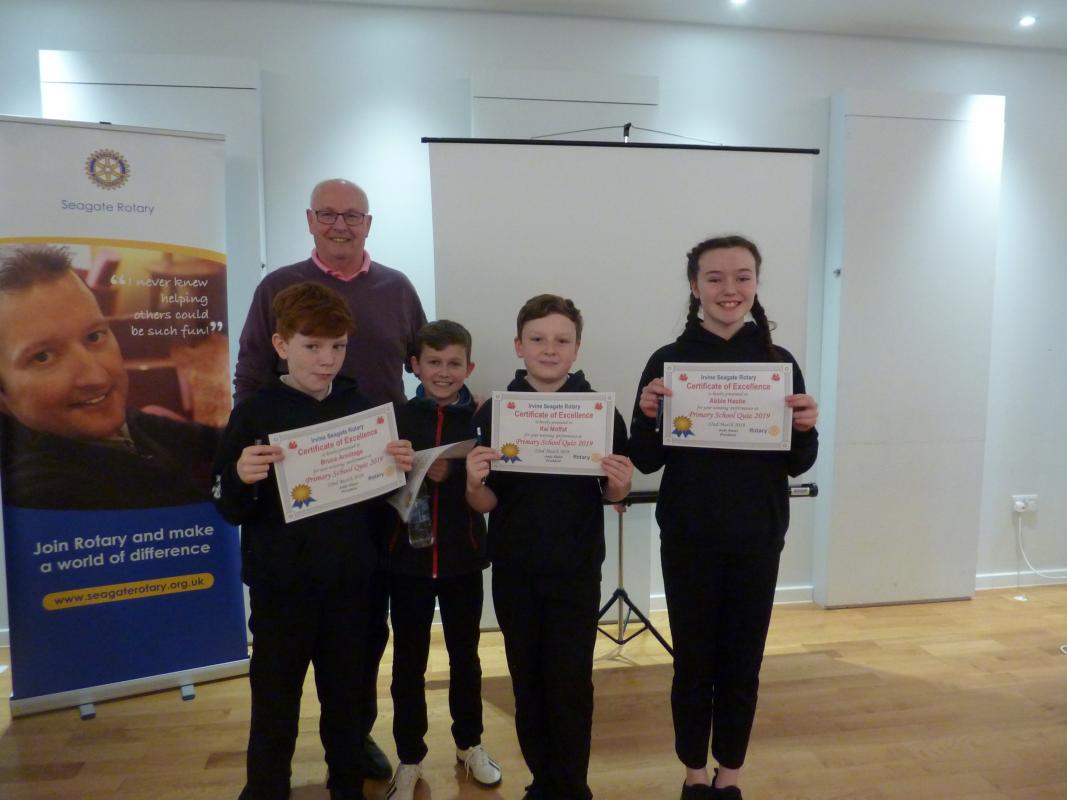 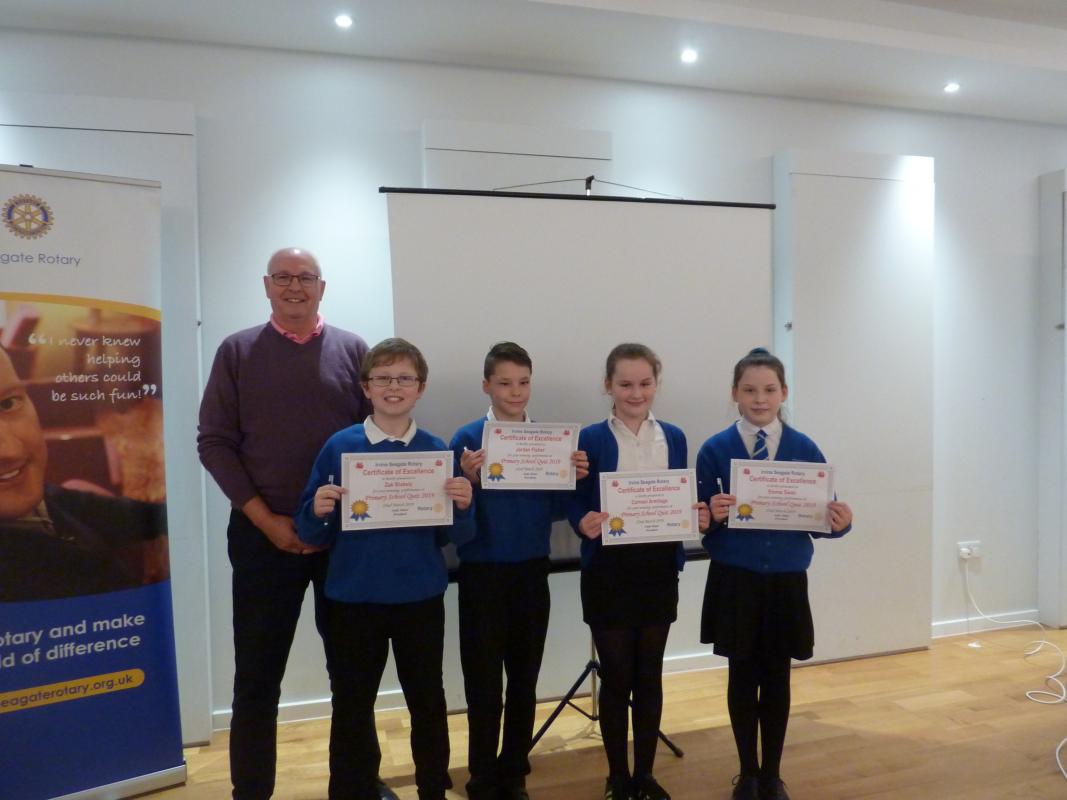 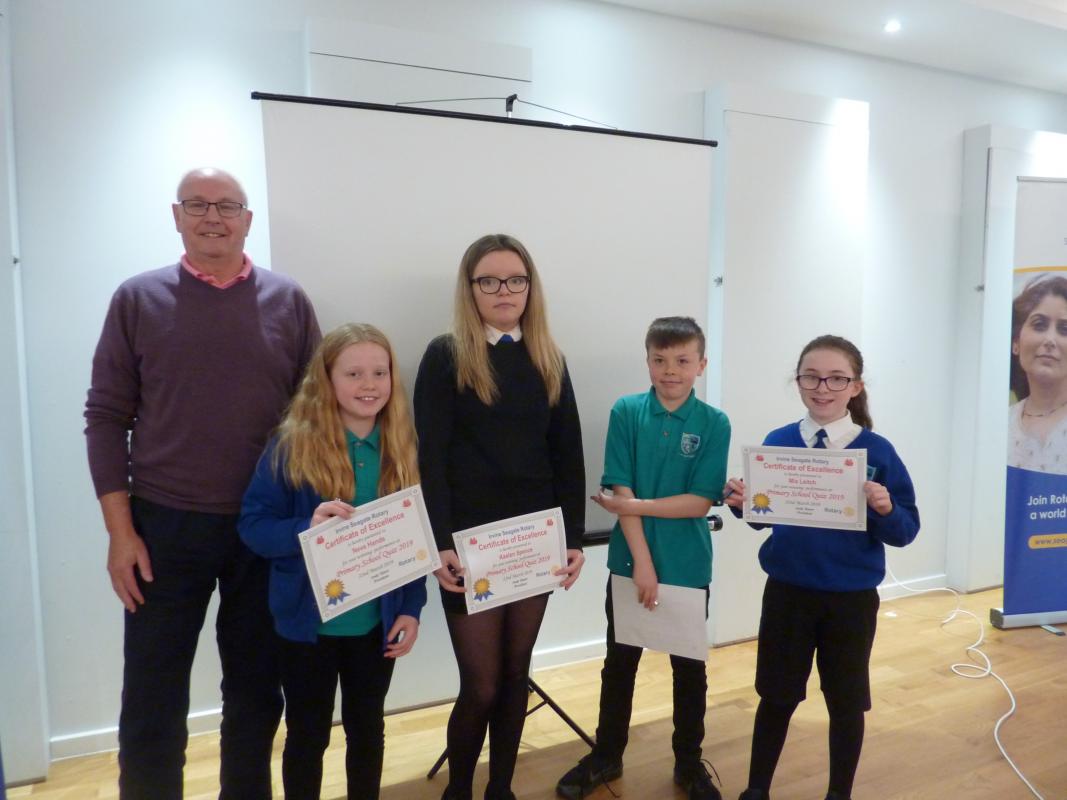 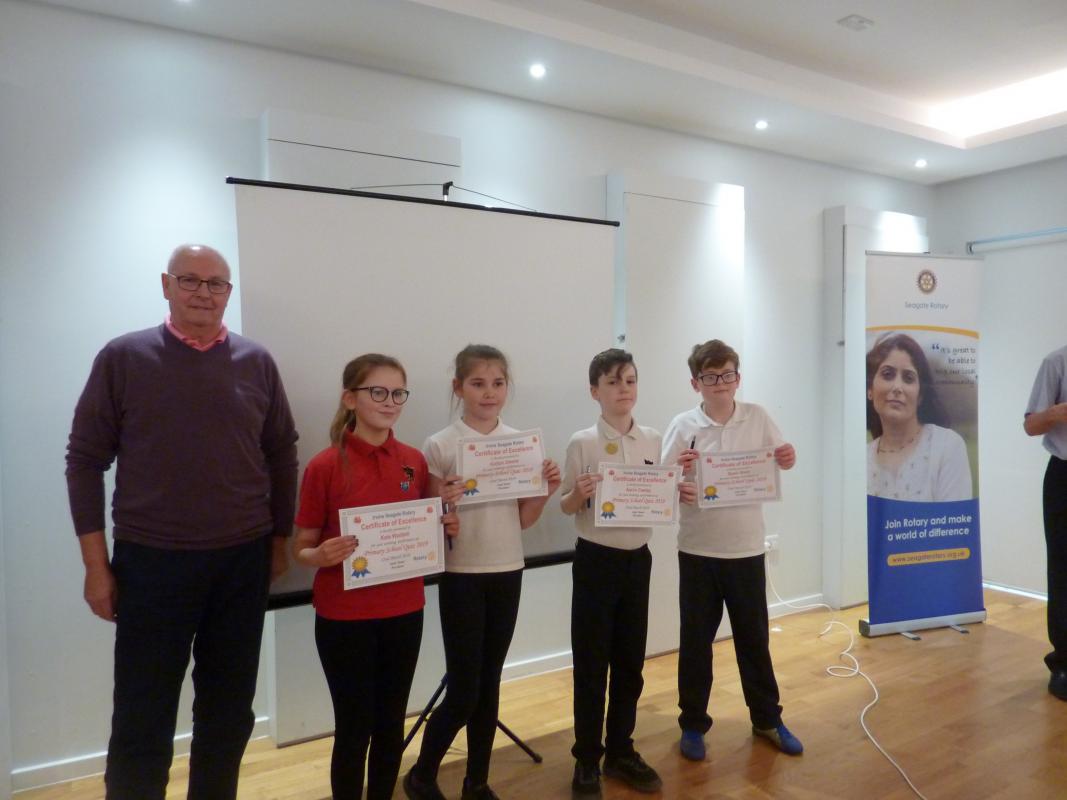 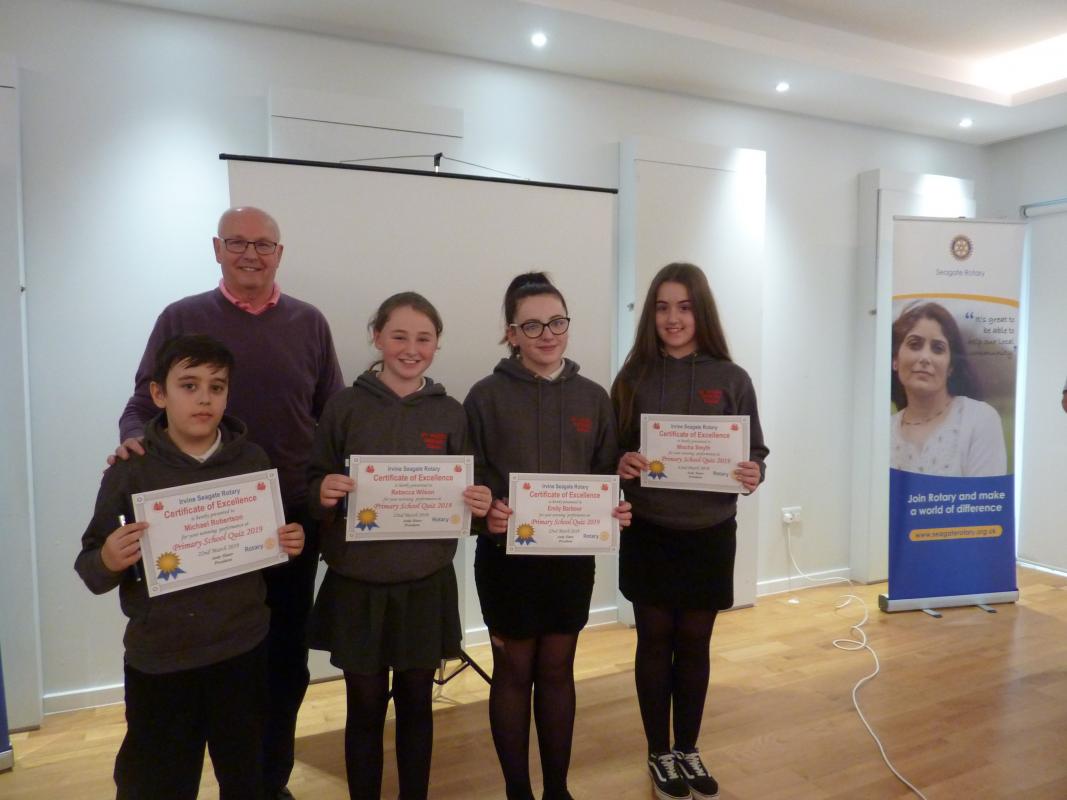 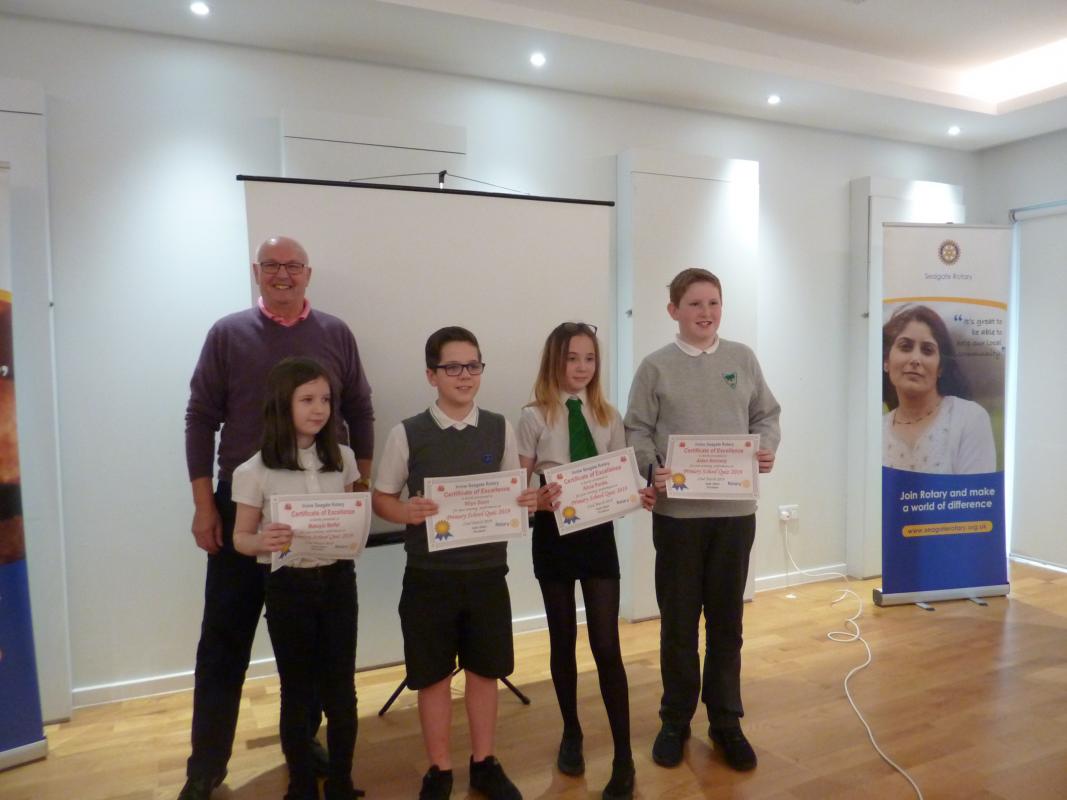 This year’s competition was held at Fullarton Community Hub and in a closely fought contest Glebe Primary emerged as the winners from Annick Primary.

The Quiz is aimed at Primary 7 pupils who compete in teams of four.  There are six rounds of questions covering General Knowledge and a variety of other topics.
Glebe's winning team will now represent Irvine in the West of Scotland Rotary District Final to be held on Tuesday 21st May at Pollokshaws Burgh Hall in Glasgow.

Eric Greig, Past President of Seagate Rotary, congratulated all the teams and said:  “It was a great competition and every team performed really well.  The youngsters have shown how talented and inquisitive young people they are and every school should be proud of their pupils.” 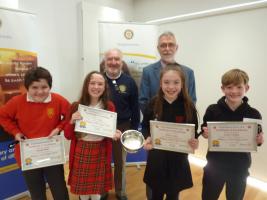 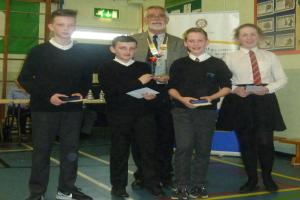 back Overview of Youth Activities