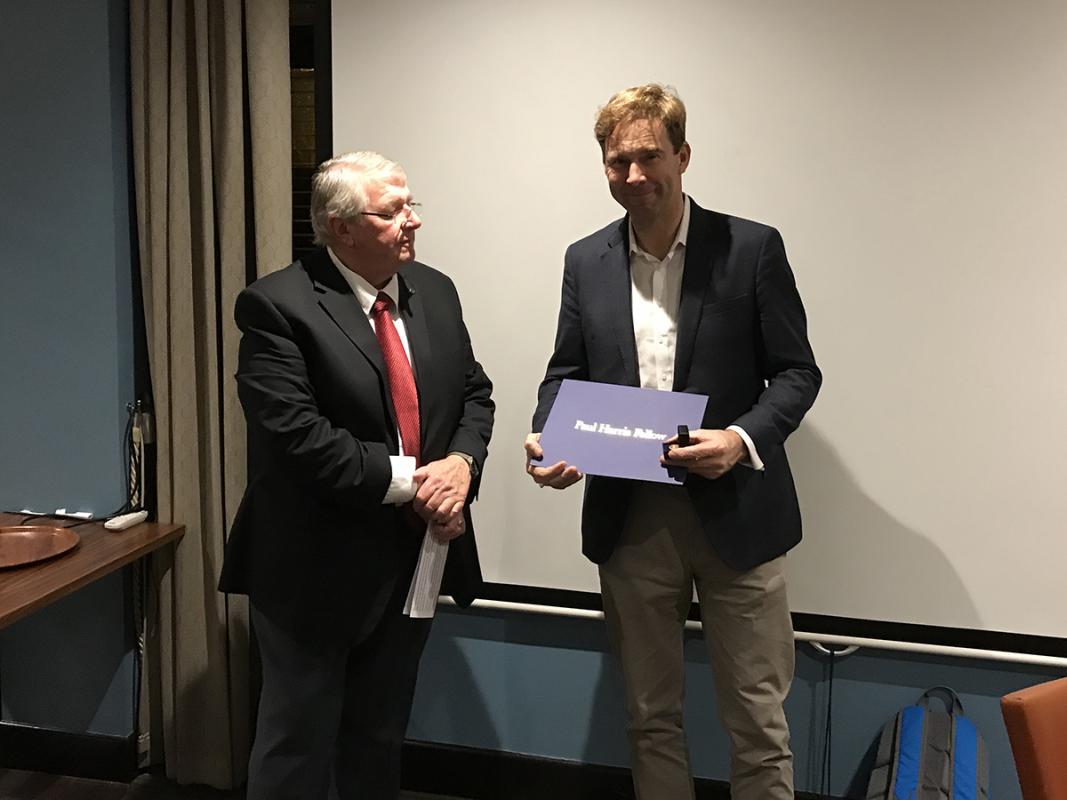 Mr Mayor, guests and fellow members, it is my privilege this evening to confirm the election of our Honorary Member Tobias Ellwood as a Paul Harris Fellow. This is as many of you will know is the highest award in Rotary reserved for those who have demonstrated the true spirit of our mantra Service above Self.

It was back in 2005 that our club invited the newly elected Member of Parliament for Bournemouth East to join our club as an honorary member. Sometime later Tobias confided that he had accepted our invitation as he held Rotary in high regard following the assistance he received when, in 2002, he had to travel to Bali in the aftermath of the terrorist outrage which had tragically claimed the life of his brother Jonathan.

Since his election to honorary membership Tobias has kept in touch, and taken part in our events, whenever the demands of his family, constituents and Parliamentary duties have permitted.

Now we must fast forward to 22nd March 2017 when the appalling action of a deranged individual claimed the lives of 4 innocent people and injured many others on Westminster Bridge before the terrorist attacked PC Keith Palmer on duty outside the Palace of Westminster. It was at the time when the attack was underway, and many Members of Parliament and others were understandably urged to return to the safety of the building, that Tobias, ignoring his personal safety, went to the aid of PC Keith Palmer and did his utmost to save his life.

At that time the testaments from witnesses spoke so very highly of the actions taken by Tobias to try and save the life of PC Palmer, and I have to admit our association with him somehow brought the atrocity of terrorism closer to home.

Having consulted with my colleagues it was unanimously agreed that Tobias should be nominated for election as a Paul Harris Fellowship having demonstrated the very highest possible example of Service above Self.

So now Tobias I would like to present you with the two emblems of appreciation given to a Paul Harris Fellow, the certificate, and lapel pin. Please accept these together with our thanks for the courage you demonstrated and the example you set on that terrible day.

more These presentation photographs were taken on the evening of the 4th July to the benefiting charities (Crumbs, About Face and Bournemouth Blind Society). The presentations were made by Keith Randall the President of East Cliff Rotary Club 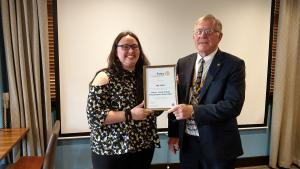 more These photographs were taken on the evening of the presentations to the benefiting charities. The presentations were made by the President of East Cliff Rotary Club and by the Mayor of Bournemouth

back On this page you will find some of the awards, achievements and presentations received by the club and its members and made by the club to other charities, businesses and organisations.