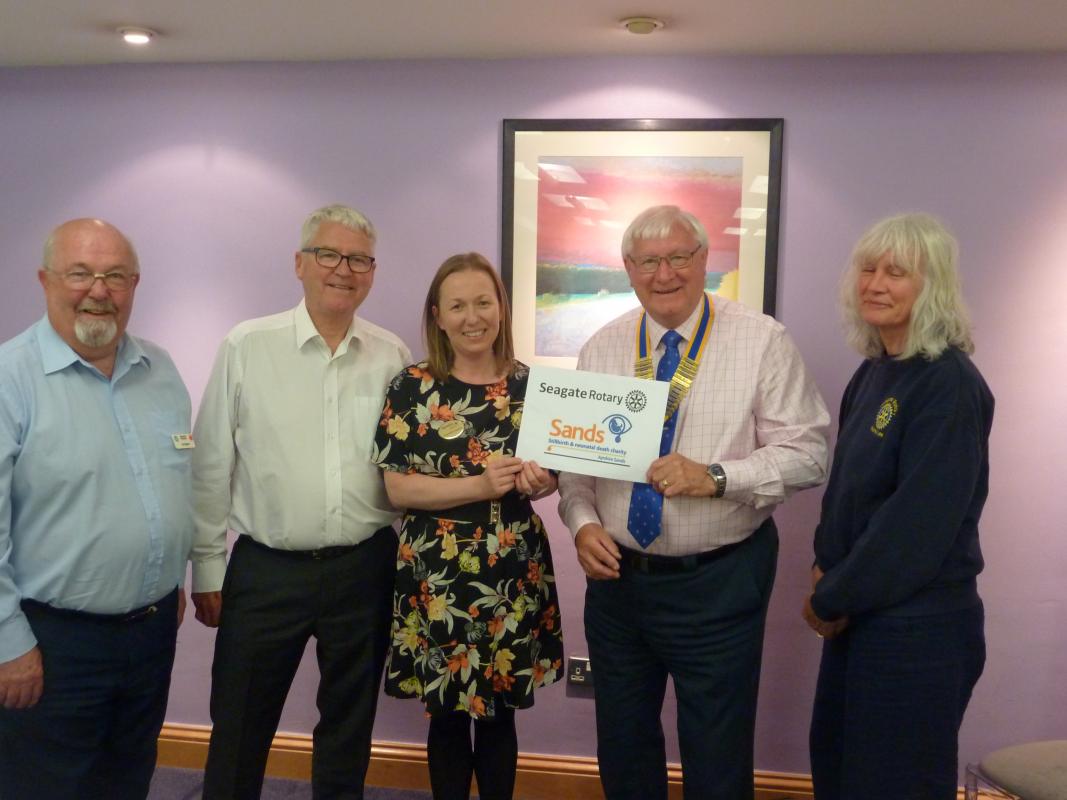 Seagate’s speaker on Monday was Stephanie Frearson, Vice Chair of Ayrshire SANDS (Stillbirth & Neonatal Death) charity based at Crosshouse Hospital.Stephanie entertained us with an engrossing talk on what the charity does and the services they offer parents who have suffered the loss of a baby.

She provided an update on the main projects / activates over the past twelve months She explained their new initiative of the Bereavement Team. Using feedback from bereaved parents, the charity are improving the quality of care offered to parents and families. They have developed a midwifery lead Bereavement Team to ensure the provision of a reliable package of care to all parents. This dedicated team ensures continuity of acre, support for staff and care in subsequent pregnancy.  The team was formed in partnership with Ayrshire Maternity Unit. It initially stated with five midwives and has now grown to seven.

Stephanie also covered the need for Bereavement Counselling, as there was very littler resource for “baby-loss” specific counselling within the NHS. This was to be one of their focus are in 2019-20.

Following a series of questions, President Andy Slater proposed a Vote of Thanks.  At the end of the meeting, Stephanie was presented with a cheque for £1000 to help SANDS with their planned activities for this year.