Rotary International is working with Bill Gates, along with other organisations in a public-private partnership, to eradicate polio worldwide. And now a major milestone has been achieved with the eradication of wild poliovirus in Africa. 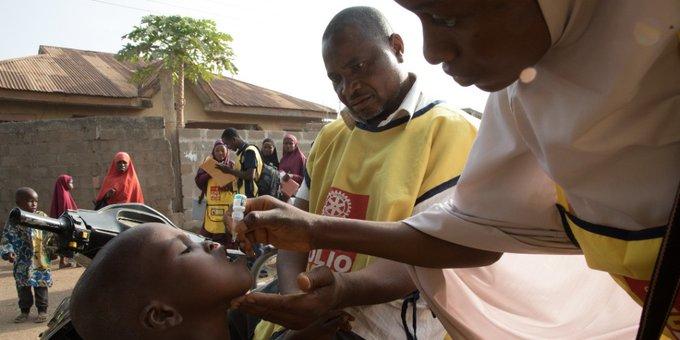 Rotary members have played an invaluable decades-long role in the effort to rid Africa of wild polio.  The World Health Organization (WHO) has officially certified that the Africa region is now free from wild poliovirus, signifying a major milestone in the battle to eradicate the disease worldwide. See details on the RIBI website.

And here Rotary's contribution is recognised in Parlament.

Award for contribution to polio eradication

Here we see Andy Miller on the left receiving a certificate from the District Governor Jonathan King in recognition of the club’s significant financial contribution for the eradication of Polio worldwide. 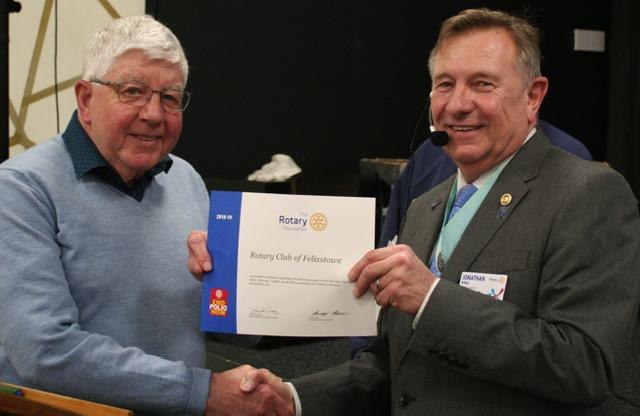 Music for Everyone concert contributes £3,600 to polio eradication

This years' Music for Everyone Concert raised £1,200. That's £3600 with 2 for 1 matching funding from the Bill and Melinda Gates Foundation. 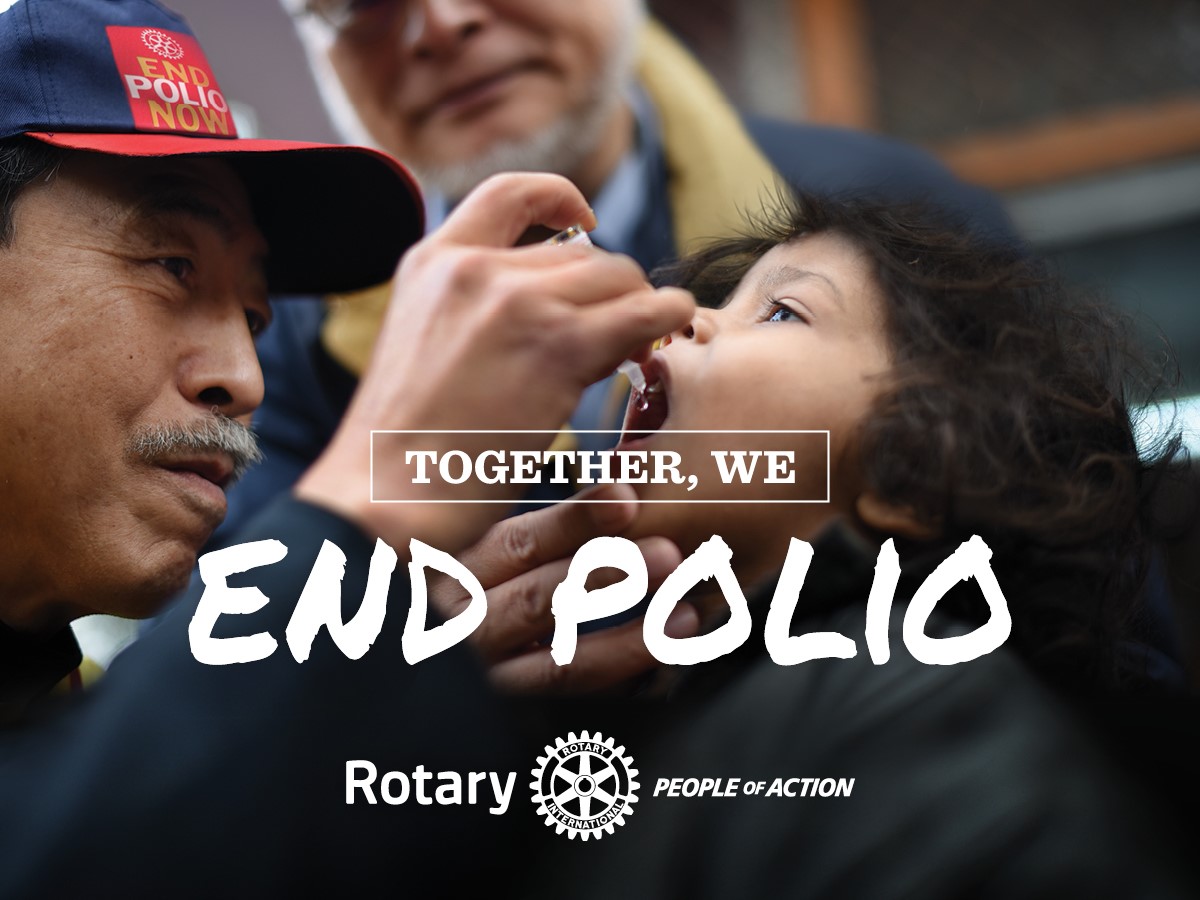 more This year’s International Night, on 24 February at the Felixstowe Ferry Sailing Club, was a great evening for all and a tremendous fundraiser. The £3,500 raised will provide new limbs for over 60 people in India and neighbouring countries.

more International Night is always a major fundraising event in the club’s calendar. This year we raised over £2,000 for Global Sight Solutions.

more Rotary reaching out around the world with international support 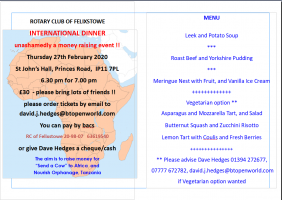 more This year’s International Night on Thursday 27 February raised money for “Send a Cow” to Africa and the Nourish Orphanage in Tanzania. It was a good evening in aid of a very worthy cause.

Rotary in the wider world

back Working for a better, fairer and more peaceful world