The Rotary Club of Bradford Blaize have today completed the distribution of 275 dictionaries to 5 primary schools within Bradford City. 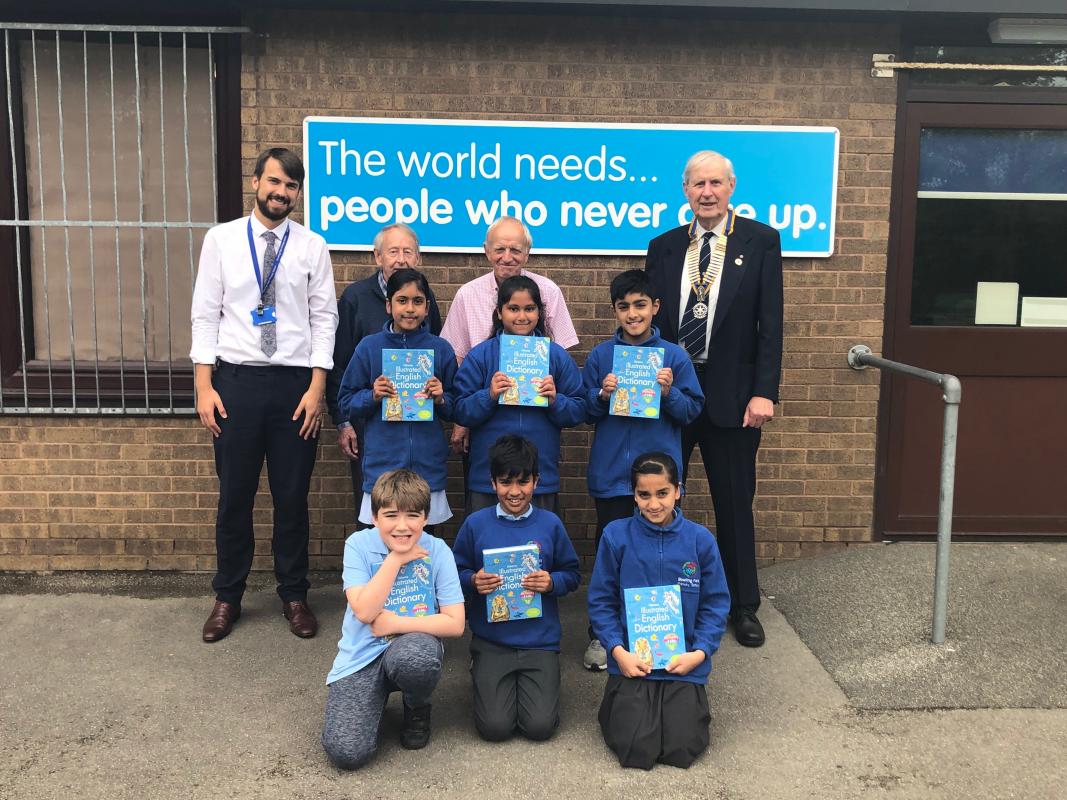 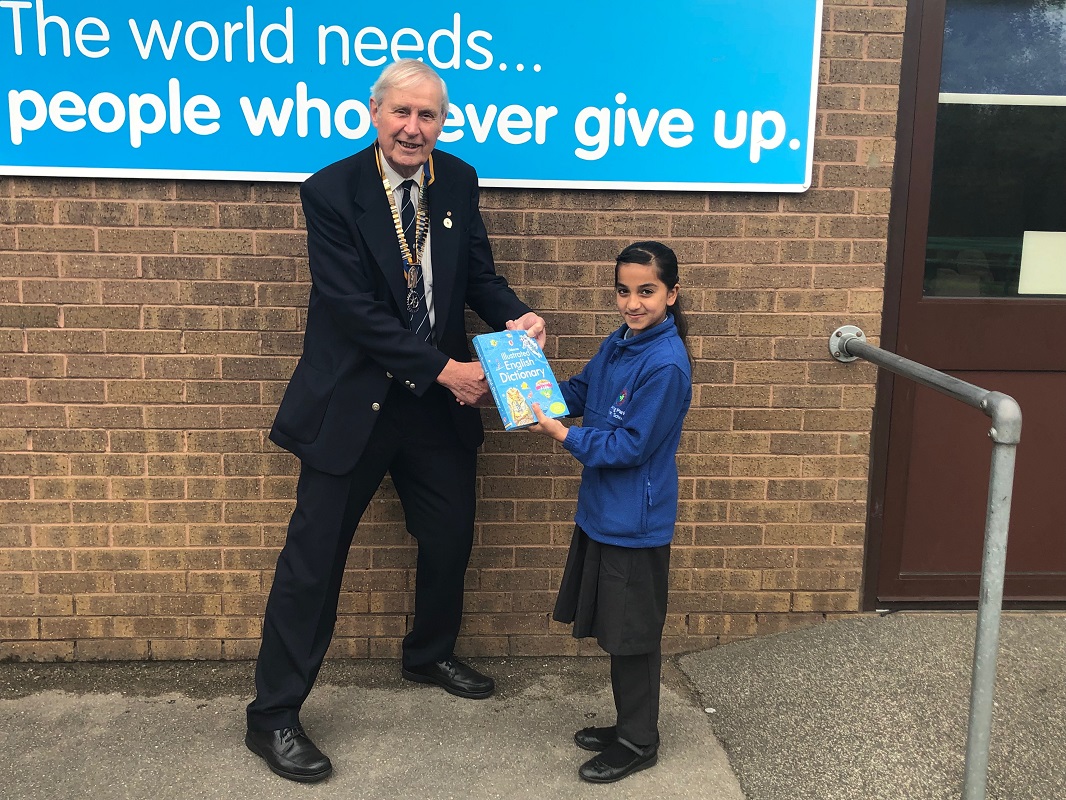 This project started in small way in 2009 when 30 dictionaries were given to year 6 pupils at Ryecroft Primary School (now Ryecroft Primary Academy). Over the years more inner city schools have expressed an interest in receiving dictionaries and thanks to the financial support from two other local charities Blaize have been able to meet the demand.

The dictionaries are specifically acquired by Rotary in the UK under a programme entitled Dictionaries4Life and are a colourful book containing not only definitions but also pictures, writing English hints, English today and a history of the language. They even include a vocabulary for the Internet Age.

Each book is inscribed by a member of the Rotary Club with each child's individual name in immaculate copper plate writing. The thrill that this gives the children when they receive the book and realise that it is theirs to keep is evident by the wide smiles on their faces.

This year's presentations were made by President David Burrows, Chairman of the Community Committee John Watson and Youth specialist John Waterhouse. The two photographs attached show them making a few of the presentations at Bowling Park Primary. This is a school that we also support financially to send children to the annual day out organised by the charity Kids Out at Lightwater Valley. To be eligible to go on the trip, which takes place in June each year, the children must have a 100% attendance in the school year.

Below are comments from the headteachers at some of the schools we support in this initiative: -

"Bradford Blaize have been working closely with Bowling Park Primary for the last seven years. It is a friendship we value very highly. Throughout that time we have forged a close relationship that has helped our children flourish and thrive. Through their Kids Out initiative they have rewarded our children with 100% attendance to an exciting day together at Lightwater Valley. Each year all our year six children are handed a gift of a personally inscribed dictionary aimed at encouraging and inspiring their learning."
Matthew Langley, Headteacher, Bowling Park Primary School

“The dictionaries are very useful and the children really enjoyed receiving them. We certainly teach the children to value and cherish all books, which they do ….. a skill for life.”
Mrs Juliet Wright  Headteacher, Bankfoot Primary School

“Most households do not have money to spare for books for children ….. Dictionaries make a perfect leaving gift to support the children in the next stage in their learning and academic achievement.”
Mrs Helen Pearson, a previous Headteacher at Ryecroft Primary Academy