Belvoir’s involvement with Uganda began twelve years ago through the efforts of Jane, who at that time was not a Rotarian, but who later joined V.o.B Club after attracting their support. In fact, around about that time she also visited our club. 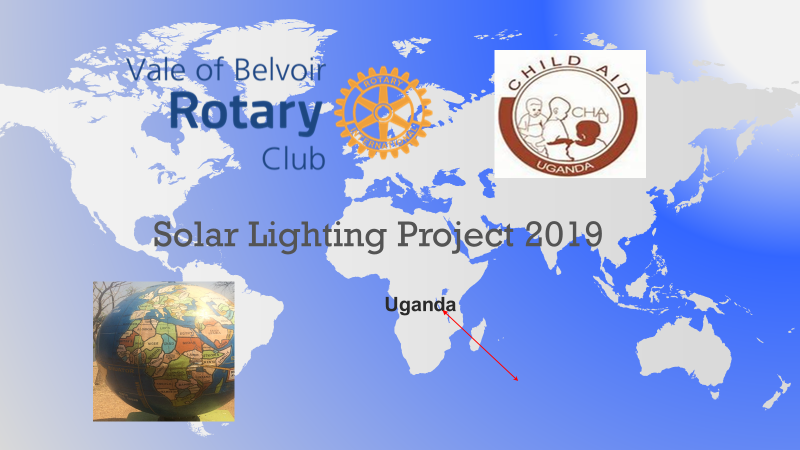 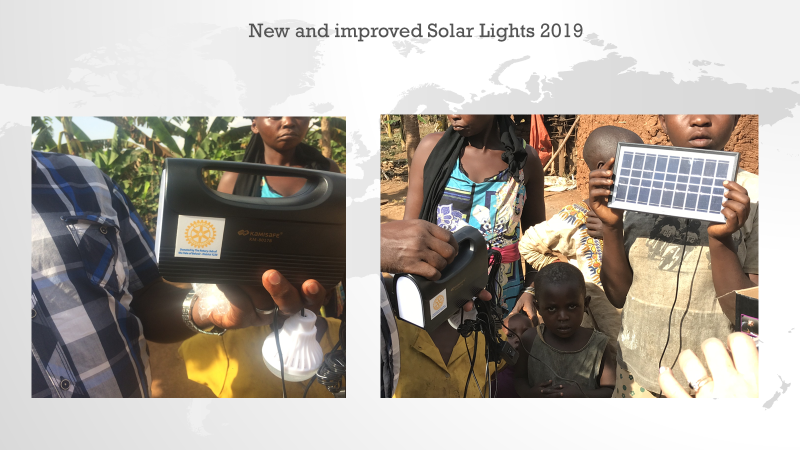 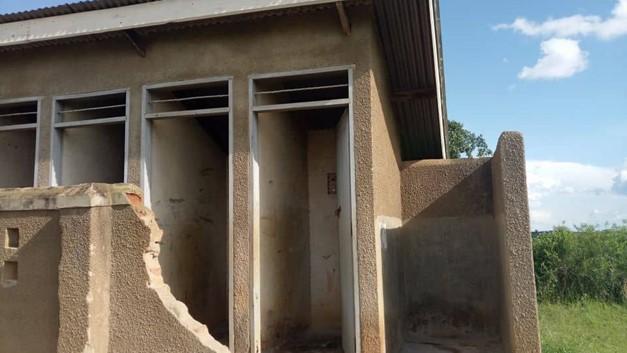 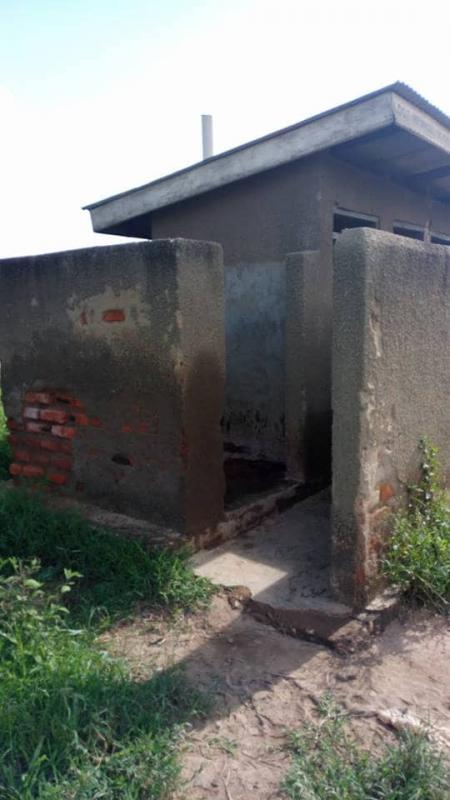 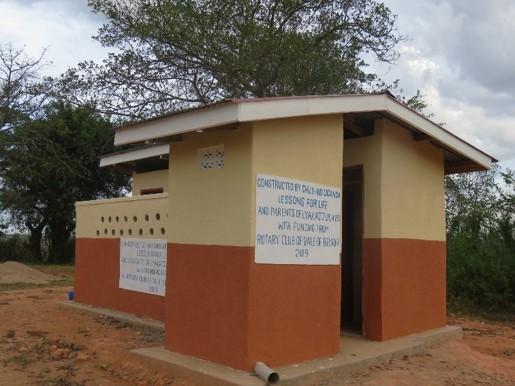 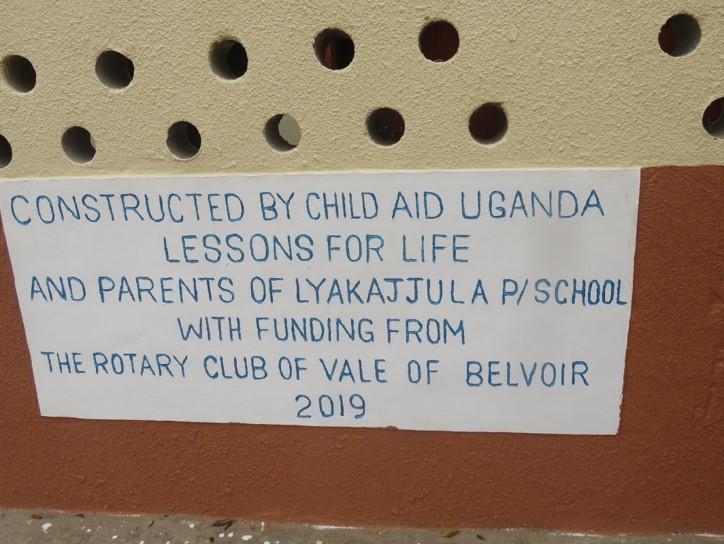 On Tuesday, 1st October we had a visit from two members of the Vale of Belvoir – Joint President Maggie Falconer, together with Gordon Marsh.  Belvoir’s other Joint President, Jane Hart, should have been with them but was unfortunately diverted by a sudden family illness.  They visited to tell us about their ongoing work in Uganda.

Background:
Belvoir’s involvement with Uganda began twelve years ago through the efforts of Jane, who at that time was not a Rotarian, but who later joined V.o.B Club after attracting their support.  In fact, around about that time she also visited our club to tell us about her plans.  Jane wanted to make a difference in Africa.  She chose Uganda, where the Aids epidemic was creating major problems for children and families. Jane contacted a charity by the name of Child Aid Uganda (CHAU) and eventually found herself in the Ugandan village of Lyantonda.

Upon her arrival, Jane found the conditions to be very primitive, with basic facilities, like housing, water, health and education, being limited.  There were no proper toilet facilities and water had to be fetched from a muddy puddle some distance away.  An immediate need was lighting, as practically none was available after night fell.  Apart from the obvious problems which darkness caused, there was also a major effect on education, because the older children had to work during the day and study at night, which was almost impossible. The only available lighting was from kerosene lamps, which were expensive to fuel and dangerous to use.  Jane therefore initiated the supply of solar lights, with the close involvement of the Belvoir Club.  These have proved to be very successful, charging up during the day and powering lights throughout the huts after dark. According to usage, some solar lamps have enough surplus power to charge mobile phones, thereby providing a little extra income for the families who provide the service.

Presentation:
Jane has visited Uganda on three occasions over the twelve-year period.  Maggie joined her and her husband Keith on a visit in 2016 and this February they went again, accompanied by Gordon, so Maggie and Gordon gave us a PowerPoint presentation describing their recent trip.

They started at Birmingham airport at 3.00 a.m., traveling to Amsterdam, then on to Entebbe, finally arriving at 11.30 p.m. in Kampala.  After such a tiring journey, they fell into bed but in the morning at 5.30 a.m. were awakened in their hotel by Gospel singers. They then visited Murchison Falls National Park, the White Nile River and finally faced traffic gridlock in Kampala, forcing them to stay an extra night.  The next day, they made their way to Masaka to visit the Ugandan National Association of Nurses and Midwives. There, they met a young lady, Charity, who was being sponsored to become a midwife.  Later, they travelled eight hours over bumpy tracks to arrive in Lyantonda.
Gordon, as a first time visitor explained how much he enjoyed the trip, but found it an emotional roller coaster - very friendly people, adorable children, but squalid poverty.  He experienced passing through the equator, but found the road infrastructure and traffic protocols somewhat different to his experience as a driving instructor in Nottinghamshire!
Maggie and Gordon told us about other projects involving bees, pigs, poultry and goats.  They also explained that they raised £700 from a quiz, thereby providing twenty-one school desks and seats, able to accommodate one hundred and ten children.  This was of particular interest to some of our members, as Newark Castle once raised funds for a similar scheme in The Gambia.  Vale of Belvoir Club helped us to raise those funds and it was suggested, by John L, that our club reciprocate in the next Rotary year by helping Belvoir, through a joint District Grant, to build school latrines in the village or other communities nearby.  Belvoir have already recently completed the building of one of these and it has been successful in attracting adolescent girls back to education.

The evening’s presentation was extremely interesting and inspirational.