Proposals as set out by Convenor Donald Mackay to Club Assembly 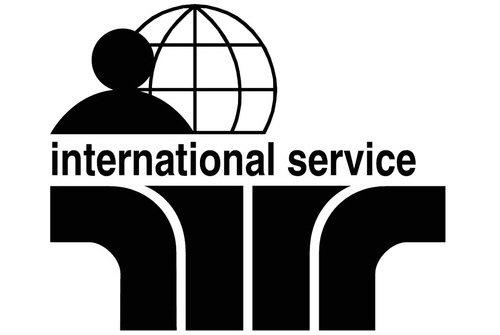 The recent practice of combining the Foundation and International Service areas into a single Committee is continuing. This offers synergies in terms of ideas, resources and communication and also reduces the risks of duplication.

The incoming committee members have met to discuss commitments and possible project opportunities for the coming Rotary year. It was resolved that new projects should not be specified at this stage, rather that the general desires of the Club be identified as strategic direction for the development of projects and also that, given strategic agreement, the Club be asked to approve overall funding levels. To facilitate development of the approved programme incoming Committee will meet monthly and seek open discussion at Fellowship evenings.

The Club has a reserve fund intended to resource humanitarian projects that qualify for Foundation Matching Grants. The Committee will seek opportunities to apply these funds, including through applications for District Simplified Grants if suitable opportunities arise within the programme areas developed in the International Service field or the local Community Service area.

Existing Foundation commitments are the continued Polio Plus Campaign and the annual contribution to the Foundation Annual Programme Fund, where the expectation is that there will be a $100.0 per member contribution. The Club has already contributed to the Polio Plus programme and, if those donations do not meet the target, it is proposed that the balance be made up over the next two years, a budget of 1000.00 will be allowed for this purpose.

The Club will also participate in any further RI/Rotary GB&I led fund raising for this programme. In respect of the annual contribution, it is proposed that this be held at 2000.00, some $78 per head at current rates; core fund raising for this will be the Monthly Draw and the Foundation Box, the balance to be met from the Charitable Fund, as usual. Presentations from this years Foundation Scholars have already been arranged, further Foundation related speakers will be considered.

The incoming committee considered that it was appropriate to focus on broad themes at this stage; to aim for significant contributions to a few projects rather than small gifts to many and if possible to find projects that involve the Club membership. The following themes were discussed and projects within each will be examined further:

a)Big Killers: Although Polio and AIDS have a high profile they are not big killers, for example there were only 1,400 cases of Polio in 2007. The largest killer is diarrhoea, killing1.4 million children each year, more than AIDS, malaria and measles combined. The most effective prevention for diarrhoea is clean water, sanitation and personal hygiene.

Both WaterAid and Village Water run integrated projects at village level in developing countries based on local participation; bringing practical water and sanitation with supporting education programmes. Although less significant than diarrhoea Malaria is a serious and significant disease, affecting health, mortality and economies across the tropical world. There are programmes of prevention, one of which the Rotary REMIT project in Tanzania, looks promising and will be further researched.

b)Disaster Relief: The current year has demonstrated the need to provide as flexible as possible a response to natural and other disasters. It was considered that the best and most effective way to help was to contribute to the reserves of Rotary Aquaboxes and Shelter Boxes which are available immediately when needed.

c) Children: It was agreed that the Club should continue to support the Nyumbani orphans, building upon its significant contributions in previous years. It was considered that a specific project should be identified and initial research suggests bees, making honey for sale and promoting self sufficiency, and/or solar heating rolls to provide hot water to the children's homes were both well worth consideration.

d)Relief for Disability and Injury by Surgical Intervention: Across the developing world large numbers of people are excluded from economic activity and even society by conditions relatively easily remedied by surgery. Cataract, cleft palate and malformed limbs are well known but there are others. The meeting discussed one of these, Obstetric Fistula, affecting many thousands of women in Africa and leading to their exclusion from home, family and society. It is an injury caused by difficult child birth and lack of medical assistance. The Hamelin Fistula Hospital in Addis Ababa, with its developing network of satellite hospitals, midwifery college and rehabilitation programmes seems particularly effective and worthy of support and will be further examined.

The committee will also look at the Impact Foundation, previously supported by the Club, which offers life changing surgical intervention through the Magic Train, clinics etc in the Sub-Continent.

It is intended that the Annual Curry Lunch be held as usual as a social and fund raising event. The Committee will also seek suitable "International" speakers for Club meetings.

For the coming year specific projects are not identified for International and therefore not costed in detail. However it is essential to establish a headline budget which will allow fund raising to be targeted at the beginning of the year.

Members are asked to consider these proposals, comment as appropriate and if agreed, give their support for the themes and budget proposed.

As specific projects are developed they will be brought back to the Members and Council for final approval.